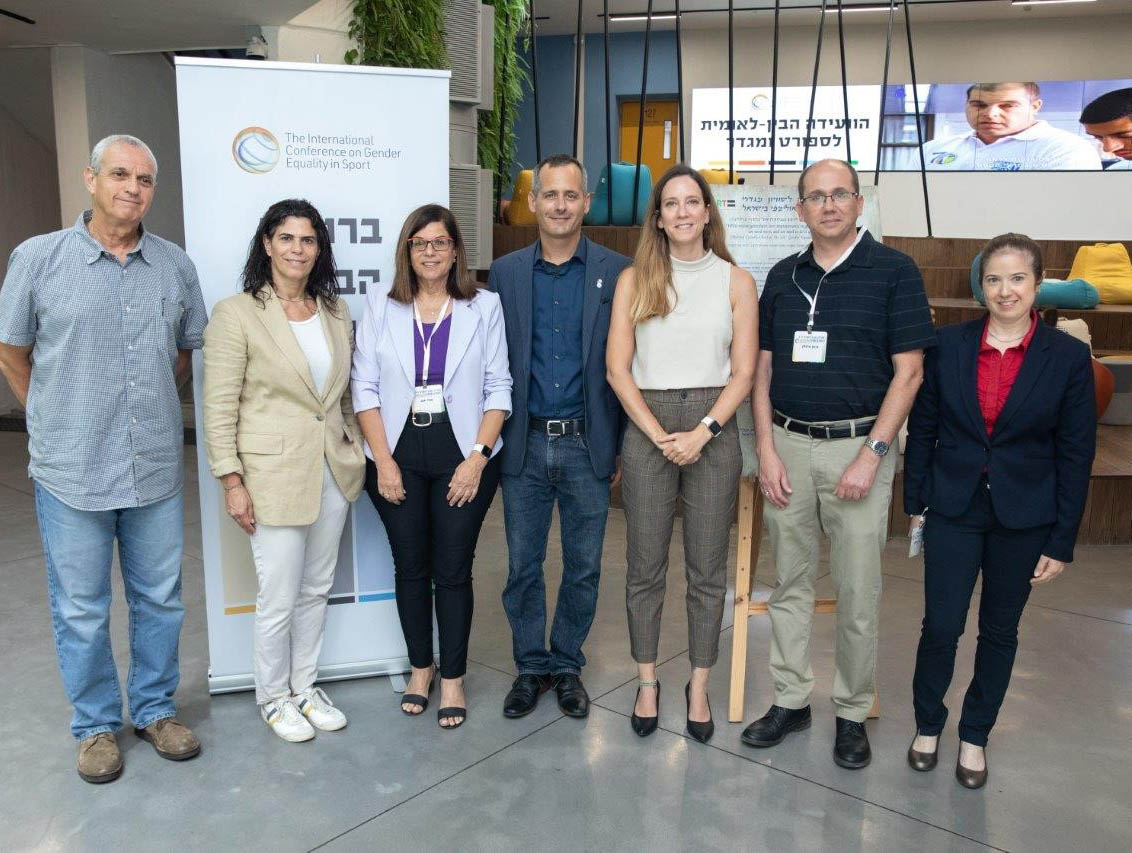 The 2nd International Conference on Gender Equality in Sport, initiated and led by the Olympic Committee of Israel in partnership with key stakeholders such as the Ministry of Culture and Sports, the USA embassy in Israel, the Israel Paralympic Committee, the Israel Women’s Lobby and leading universities, took place at Levinsky-Wingate Academic Center in Netanya, Israel on 10 July 2022.

The conference shone a spotlight on the challenges of women in sports in Israel, in order to raise awareness and initiate action to promote gender equality in practice. This is a platform for sharing applicable insights regarding gender in sports from Israel and the world by inspiring Israeli academics, coaches and athletes, as well as senior figures from the world of sport and government from Israel and abroad. This year, the conference marked the 50th anniversary of Title IX in the United States. The federal law for gender equality in American sports was discussed in the various sessions, including what we can learn from it and what is applicable to Israel.

The Olympic Committee of Israel strives to realize the vision of gender equality in sports in all its National Federations (NFs) and works for a fundamental change in the spirit of the International Olympic Committee (IOC).

The conference was opened by Ms Annamarie Phelps, Chair of the EOC Gender Equity Commission, who highlighted in her words: “Without doubt, gender equality is a priority for the Olympic Movement, and it is clearly stated by the IOC President Thomas Bach, a leading advocate for equality at every opportunity. For too long, gender equality was a women’s issue. Now is truly the time of women and men to get together, and particularly for those men in positions of power to acknowledge the benefit that sport brings and to ensure that girls can participate equally, supporting young women to advance as leaders.”

Ms Yael Arad, President of the Israel Olympic Committee: “Gender equality in Israel is developing, but still needs to make a significant leap forward in the area of directing budgets in general and especially in football and basketball. Israel is different from the US in the structure of sports, so we need to find the right path in which the equal distribution will be reflected in clubs and national teams and perhaps most importantly in facilities in order to allow more girls to play sports at all levels. At this conference, we set out across sectors and governments because we are leading a real change for Israeli society. If we work together, all stakeholders in the country will join us for this change.”

Mr Gili (Gilad) Lustig, CEO of the Olympic Committee of Israel: “We have a strategic plan to implement gender equality, derived from the Olympic Agenda 2020+5, and we monitor and examine the pace of progress in all areas. For a national change, cooperation is required of all the partner organizations, headed by the Ministry of Culture and Sports.”

Ms Suzy Yogev, Chair of the NOC Gender Equality Commission: “We have come a long way in inclusion and equality on and off the sports fields but the unjustified gaps and the long-standing injustices towards 51% of the population must be addressed and remedied. Substantial actions in the field of legislation, policy and equal budgeting are required in order to accelerate the processes that will enable equal opportunities and enable girls and women to engage in competitive sports under the same conditions as their male counterparts.”

The follow-up conference, aiming to translate the insights and content that emerged at this conference into action in the public arena and at the level of decision-makers, is expected to take place at the end of 2022.