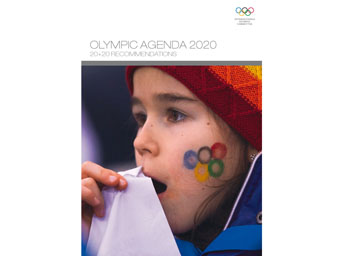 The International Olympic Committee announced on Tuesday the composition of the IOC commissions for 2017, with a 70 per cent increase in female participation as compared to September 2013.

The commissions also reflect a broader geographical representation and include a number of new faces from a new generation who will be the leaders of tomorrow.

President Bach has significantly increased the number of women appointed to commissions since his election, with 38 per cent of places now taken by women – a historic high – with 29 more positions now held by women across the 26 IOC commissions than in 2016. Now all commissions have female members.

The new “Coordination for the 3rd Winter Youth Olympic Games Lausanne 2020” commission is entrusted to Slovak Danka Bartekova, with Nese Gundogan (TUR) as one of its five members.

Another novelty is the new Digital and Technology Commission created to advise the IOC Session, the IOC Executive Board and the IOC President on issues relating to the effective and secure use of digital and information technologies.

This Commission will make recommendations on the IOC’s strategy for information security, including cyber-security, and will ensure that the IOC has an appropriate strategy for the effective, secure and sustainable use of technology to support the delivery of the Olympic Games and the Youth Olympic Games.

“These changes are aligned with the implementation of Olympic Agenda 2020 and show that a stronger participation of women and a more diversified continental representation are our top priorities,” said IOC President Bach.

“The diversity of members guarantees interesting and more inclusive discussions and reflects the Olympic Movement’s commitment to universality,” he added.

The new make-up of the IOC commissions, which provide assistance to the IOC and Olympic Games Organising Committees, is also marked by the inclusion of young men and women who represent a new generation and will be the sports leaders of tomorrow.

Another focus of the new commissions is youth. Since 2010, each edition of the Youth Olympic Games has welcomed and generated a group of Young Ambassadors who are still active today in their sport, in their territory or in their community, and seven of these talented ambassadors (of whom six are women) have joined the commissions to give youth a stronger, louder and clearer voice within the Movement.

“Listening to youth, entrusting youth and empowering youth is needed more than ever in the world of sport,” said President Bach. “This will contribute to keeping tomorrow’s sport and the Olympic Movement as a whole relevant, inspiring and impactful,” he continued.

The review of the scope and composition of the IOC commissions was one of the 40 recommendations of Olympic Agenda 2020, approved by the 127th IOC Session in December 2014 in Monaco.