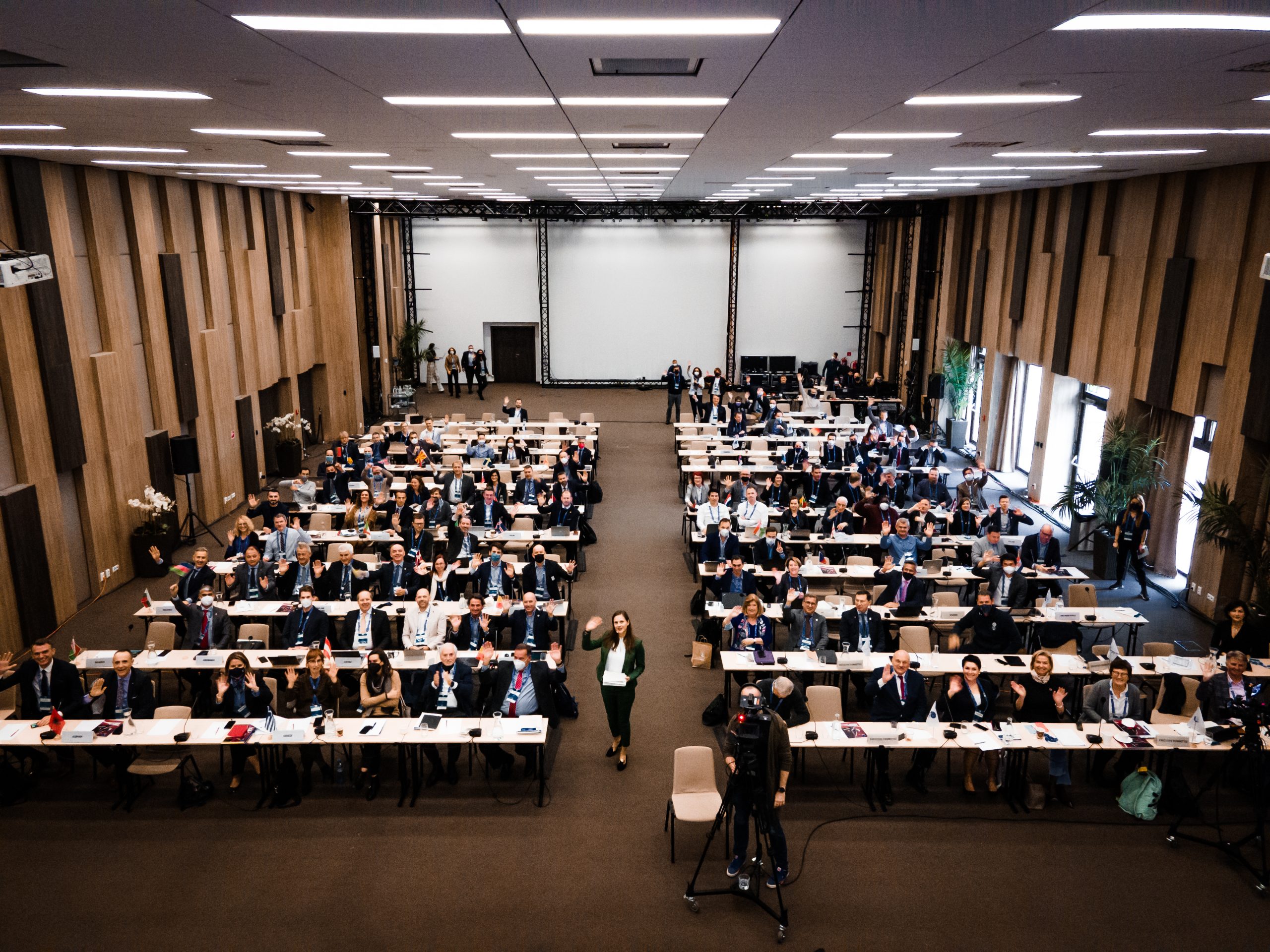 The 41st EOC Seminar came to a close today in Samorin, Slovakia with constructive sessions on Marketing & Communication and EOC Sports Events.

“Everything in sport is about athletes, we are at the centre of sport, so we need to include athletes more in the decision-making process,” said Kanter, who encouraged the Athletes’ Commissions of Europe to become more active. “It’s important that athletes have a voice because from just a competition point of view they can tell us how things can be better.”

The third panel session of the two-day Seminar was on the theme of Marketing & Communication and featured discussions on useful tools for NOCs and on best practices.

Harada presented on the ANOC Digital Accelerator Programme for social media, which grew out of discussions on how the NOCs could be helped with new revenue streams. He also detailed the top-performing NOCs in terms of social media during the Olympic Games Tokyo 2020, with Team GB topping all NOCs in terms of video views and other KPIs.

Georgina Grenon, Environmental Excellence Director at the Paris 2024 Organising Committee, presented remotely on all the important sustainability measures being implemented to make the next Summer Olympic Games as environmentally sound as possible.

The Session on EOC Sports events focused on the 3rd European Games and upcoming editions of the European Youth Festivals (EYOFs).

Hasan Arat, Chair of the Coordination Commission for the 2023 European Games in Krakow and Malopolska, said that the host city contract for the event will be signed in December. He underscored all the important new partnerships (ATOS, EBU, etc.) the EOC has signed in recent months and the strong programme of Olympic Sports (16 signed so far with three still in the works), all of which points to the most successful edition of the European Games yet in 2023. A report on preparations was also given by Andrzej Krasnicki, President of the NOC of Poland.

Reports were then given on the 16th Summer EYOF in Banska Bystrica 2022 by Coordination Commission Chair Joseph Cassar and Organising Committee Chair Peter Hamaj.

In conclusion, EOC Secretary General Raffaele Pagnozzi thanked all the delegates and panellists for their participation in the Seminar before providing his insights on the discussions.

“I thank all of you for your active participation during these two days,” said Secretary General Pagnozzi. “This demonstrates that the new format of our Seminar launched for the first time in 2019 in Vienna is very, very successful. We must constantly improve, as we have done here in Samorin, and for our next Seminar as well.”

Representatives from all 50 European National Olympic Committees (ENOCs) attended the hybrid seminar, either in person or online. The NOCs of Europe will next gather at the EOC General Assembly in Skopje, North Macedonia scheduled for 11-12 June.