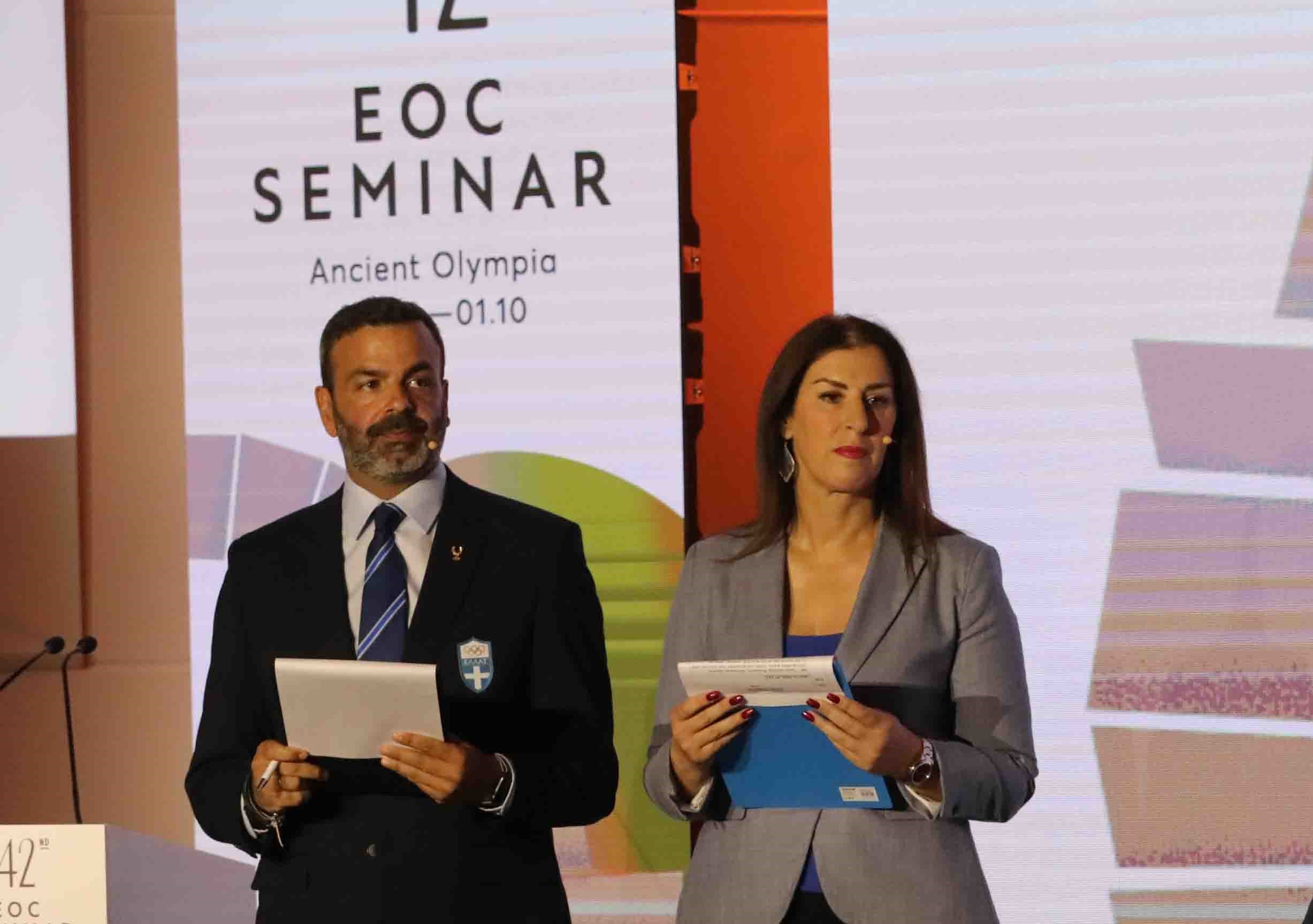 The 42nd EOC Seminar took place that the International Olympic Academy in Olympia, Greece, from the 30 September to the 1 October.

The highlights of the Seminar meeting are as follows.

Highlighted the importance of the European Week of Sport and shared details of the EOC’s promotion and initiatives around this.

Report of Chair of the Working Group Djordje Visacki:

Explained the challenges that were faced due to the pandemic and the war in Ukraine.

Noted that the final sport programme for the European Games Krakow – Malopolska 2023 is still to be finalised, and that this will be done after the upcoming Coordination Commission 12-13 October.

Report on the EPATHLA Project by Secretary General of Sports | Ministry of Culture and Sport Hellenic Republic George Mavrotas:

Report on the European Youth Olympic Festival (EYOF) by the Chair of the EYOF Commission Liney Haldorsdottir:

Report on the European Young Ambassadors Programme by the Vice Chair of the EOC Culture & Education Commission and EYOA project leader Natasa Jankovic:

Report on the 16th Winter edition of EYOF Friuli Venezia Giulia 2023 by the General Director of the Organising Committee Giorgio Kaidisch and the Chair of the Coordination Commission Borut Kolic:

Report on the 17th Summer edition of EYOF Maribor 2023 by the Director of the Organising Committee Natasa Ritonija and the Chair of the Coordination Commission Guro Lium:

Report on The Games of the Small States of Europe (GSSE) Malta 2023 by Secretary General Kevin Azzopardi: