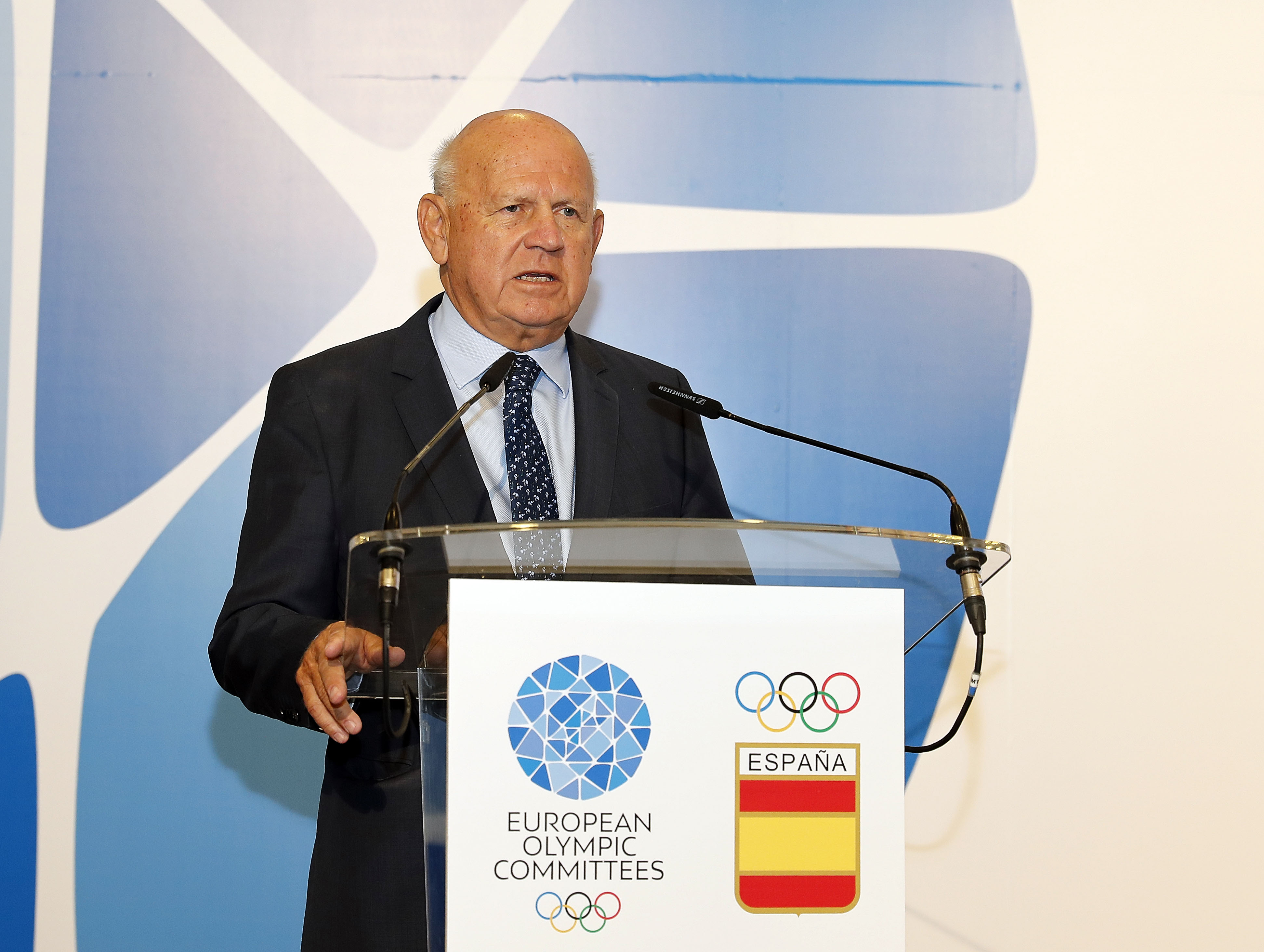 A full slate of Olympic sport coming to Europe in 2019

Next year promises to be a busy one for European athletes and sports administrators, with the European Games in Minsk, Games of the Small States of Europe in Montenegro, and summer and winter editions of the European Youth Olympic Festivals in Baku and Sarajevo & East Sarajevo, respectively, all scheduled to take place in 2019.

Organisers of all four competitions presented to the 47th General Assembly of the European Olympic Committees (EOC) in Marbella, Spain on 9-10 November.

The first event to take place in the new year will be the Winter European Youth Olympic Festival in Sarajevo & East Sarajevo from 9-16 February. Over 1,000 of the best young athletes from around Europe will compete in 8 sports: alpine skiing, biathlon, cross country skiing, figure skating, ice hockey, short track speed skating, snowboarding and curling.

An overview of the Winter EYOF 2019, providing European National Olympic Committees (ENOCs) with useful information ahead of the event, will be given at a Chefs de Mission Seminar on 13-16 November in Sarajevo.

Next on the 2019 calendar will be the Games of the Small States of Europe in Montenegro from 27 May to 1 June. Athletes from nine countries will compete at the Games: Andorra, Cyprus, Iceland, Liechtenstein, Luxembourg, Malta, Monaco, Montenegro and San Marino.

“The official slogan of the Games is ‘How Big We Are!’,” said Director of the local organising committee Igor Vusuroic. “Sport performances of Montenegrin athletes will go way beyond its borders, and the slogan ‘How Big We Are!’ is intended to demonstrate how the countries small in territory and/or population can be quite big in their skills and accomplishments, as well as in strength, beauty and nature.”

The continent’s premier multi-sport event, the European Games, is scheduled for 21-30 June 2019 in Minsk, Belarus.

Coordination Commission chair Spyros Capralos told the General Assembly that hotel rooms and tickets, which go on sale 1 December, are reasonably priced and the fact that visa requirements have been waived coupled with free public transportation during the Games will make the Minsk 2019 an attractive destination next year.

“There are 223 days until the Opening Ceremony, and deadlines are getting even tighter and there is still much work to do,” Capralos said. “Together we have a common goal: a highly successful European Games. These European Games will showcase the best sport in Europe in a beautiful country like Belarus.”

Minsk European Games Organising Committee (MEGOC) CEO George Katalin said that staff numbers will grow to 450 by the end of 2018, up from 40 at the start of the year, while the mascot for the Games will be revealed on 29 November. The lighting of the flame for Minsk 2019 will take place on 3 May in Rome.

Finally, the Summer European Youth Olympic Festival will be held in Baku, Azerbaijan from 21-27 July 2019.

To date, 49 of the 50 European NOCs have confirmed their participation, with 3,600 athletes and officials expected to attend in 10 sports: artistic gymnastics, athletics, basketball, cycling, handball, judo, swimming, tennis, volleyball and wrestling.

A Chefs de Mission Seminar for Baku 2019 is scheduled for 22 April 2019 with the launch of the EYOF mascot set for this December. The handover of the EYOF Flame of Peace will take place on 12 April 2019 in Rome. For more information, check out the new Baku EYOF 2019 website here.