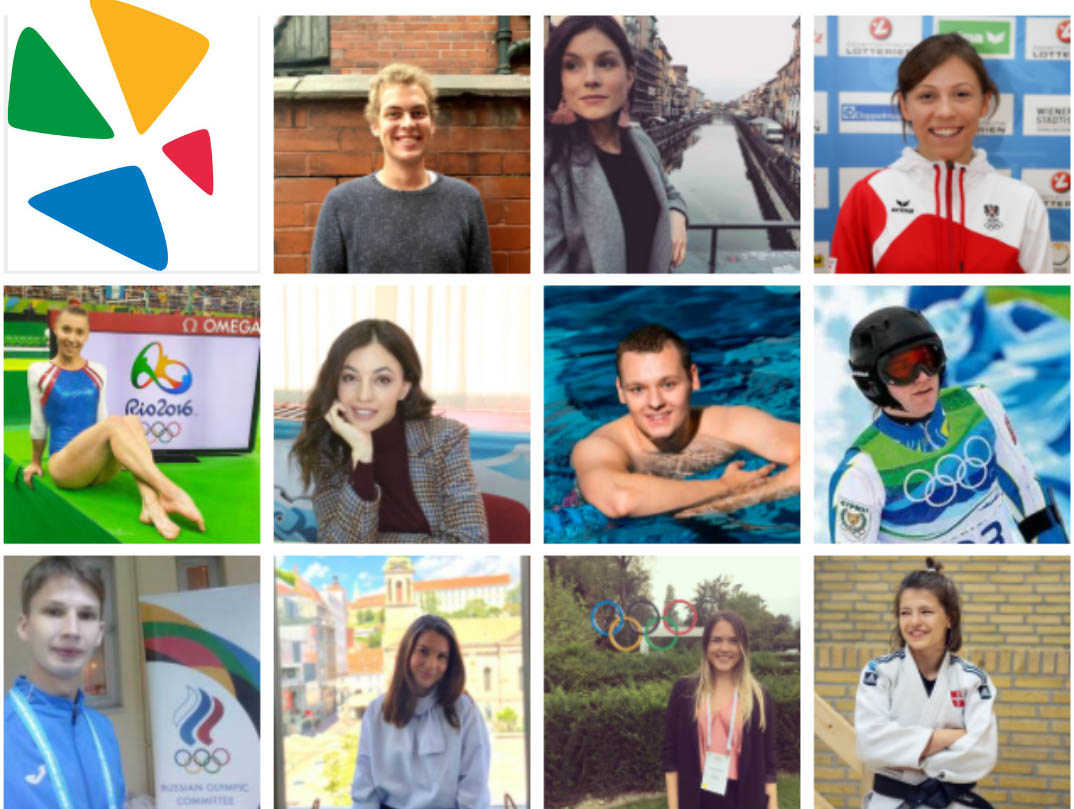 A project with a lasting legacy: The EYOA programme leaders are happy with the active support of alumni participants

After the first two editions of the EYOA programme in Erzurum and Győr (2017) it was decided that an Alumni Network of European Young Olympic Ambassadors (EYOA) be created with the aim of building upon the goals of the programme, allowing for an exchange of knowledge, and ensuring a smooth transition between editions of the programme. At one of the webinars that took place right after the EYOF in Győr as part of online feedback sessions, the idea for an “alumni network” was first discussed with the project leaders and was then realised with great success. Since then, many initiatives of the alumni ambassadors have been used to further improve and enrich the project. To mention some of them, the webpage of the project was launched, the design and brand for the project was established, a list of best practices was created, and the flow of group work was improved.

In summer 2019, the European Olympic Committees (EOC) made it possible for three alumni participants from Russia, Cyprus, and the Republic of Moldova to travel to the EYOF in Baku and support the team of new ambassadors at the festival. During that time, the three alumni were responsible for coordinating the work of ambassadors in the EYOA zone in the Athletes Village, managing social media channels of the EYOA project and sharing their experiences with the newly selected ambassadors. The scope of tasks has been broadened further for the next edition of the EYOF and EYOA programme and this time alumni helped with selecting new participants, coordinating group work, and providing constant feedback on the development of the programme.

Now there are 11 people in the team of alumni. Susanna Rahkamo, Chair of the EOC Olympic Culture and Legacy Commission, says: “We have alumni members from every single edition of the program. We are very happy to see this great commitment.” The selection process for the first group of ambassadors took place in 2016, meaning that some of the alumni have stayed with the project for over four years.

Today we are glad to present to you the team of the EYOA Alumni Network that features the names of the 11 participants.

Alfred Varnik (20) comes from Estonia. He is passionate about the sport of tennis. Learning geography, playing basketball, and cooking make the list of his most favourite activities. “There is always more to learn,” says Alfie while explaining the reasons for his involvement.

Paulius Martinkėnas (21) represents Lithuania. He is a professional swimmer and competed at the 2015 EYOF. He has also won several gold medals in badminton. “A man is as happy as he wants to be,” says Paulius while commenting on his motivation. He describes an EYOA as a person who “combines the fun and seriousness of the festival” and helps athletes to “understand themselves better.”

Rebekka Dahl (24) represents Denmark. She has competed for her national team in the sport of Ju-Jitsu. She is currently pursuing her master’s degree in the field Science and Humanities in Social Sport Sciences. According to Rebekka, the COVID-19 lockdown has provided a good example of how the Olympic value of “friendship” is lived up to in everyday life: “Doing online training sessions and meeting international friends online,” she explains, is a vehicle that drives friendships these days.

Kristin Valdis (22) from Iceland is a professional figure skater and works as a coach. She represented her country at the 2015 Winter EYOF. Kristin is pursuing a degree in medicine at a university in Slovakia. To anyone dreaming of accomplishing big things, Kristin says: “If you can’t stop thinking about it, do all you can to achieve it.” As for her goals for participating in the EYOA program, she hopes she can pass her experience and knowledge along to younger athletes while teaching them about the Olympic values and about Olympism itself.

Barbora Mokošová (23) is a professional artistic gymnast from Slovakia. Barbora has qualified to represent Slovakia at the Olympic Games Tokyo 2020 in the women’s artistic gymnastics all-around event. In her busy competition schedule she still finds time to engage with the programme of EYOA. Barbora says: “I am a professional athlete and the EYOA role is something new for me. I was always like an athlete and now I am on the other side to help and support them. It is my pleasure to be a part of this group of alumni ambassadors.”

Mirjana Ivković (25) comes from Serbia. She has a bachelor’s degree in applied economics for Tourism and Hospitality and currently works for the NOC of Serbia. Mirjana enjoys playing volleyball and watching basketball and soccer. She speaks six languages. Mirjana performed the role of EYOA at the 2019 EYOF in Baku and continues to support the programme with great enthusiasm: “I want to share my experience, knowledge and also to help EYOAs on their journey to become the best ambassadors ever.”

Marija Lozančić (24) is from Croatia. Badminton and fencing are her favourite sports. She is active in the Olympic Movement and has helped to realise some projects with her colleagues from the International Olympic Academy. Marija comments on her role as an EYOA: “The Olympic Ambassador title is a great start for many great actions. This programme is about creating one’s own activities and projects and reaching out to athletes with many ideas of what sport can do in life, both in physical and spiritual dimensions.”

Anna-Maria Pollany comes from Austria and works at the National Olympic Committee. She plays dodgeball and works to establish this new sport in Austria as well. Anna-Maria says: “I have been part of the EYOA for three years. It is interesting to see how far we have come. I remember how we spent our time in Győr and participated in our first webinar.” She adds, “I try to live by the Olympic values day by day – support others and be nice and friendly to everyone.”

Christopher Papamichalopoulos (32) is an alpine skier from Cyprus. He competed for Cyprus at the Olympic Winter Games Vancouver 2010 and was Cyprus’s flag bearer during the Opening Ceremony. Christopher comments on his involvement in the EYOA programme: “As an Olympian I want to contribute to the development of sport at all levels. I strongly believe in building a better and more peaceful world, by educating youth through sport and passing on the Olympic values and Ideals.”

Nina Micić (29) is a professional snowboarder from Serbia. She won a silver medal at the 2007 EYOF making it the very first medal for her country at an EYOF winter competition. Nina qualified for the Olympic Winter Games Sochi 2014 to become the first Serbian Olympic snowboarder in history. She joined the EYOF programme in 2017. Nina has found her dream job and enjoys practicing forensic science. Nina says that “happiness” is the best word that describes the essence of Olympism.

Maksim Berdnikov (27) from Russia joined the EYOA programme in 2016. He has recently completed a master’s program in International Sport Development and Politics at the German Sport University Cologne. Maksim has been part of the international sporting movement for the past eight years as he has participated in over 30 large-scale events either a volunteer or organiser. Coming from a non-sporting background, Maksim says: “Sport has opened a new way for me, both in terms of career goals and life values. This is what motivates me and creates many lasting memories. I am glad to be in the EYOA alumni team and support the program with my ideas and experiences.”

The team of EYOA alumni wishes all participants much success and many joyful moments throughout the programme. Stay tuned and follow the EYOA on social media. On February 6-13, 2021, during the original dates of the Winter EYOF in Vuokatti, the ambassadors took part in a series of online activities aimed at spreading the Olympic values among junior athletes.