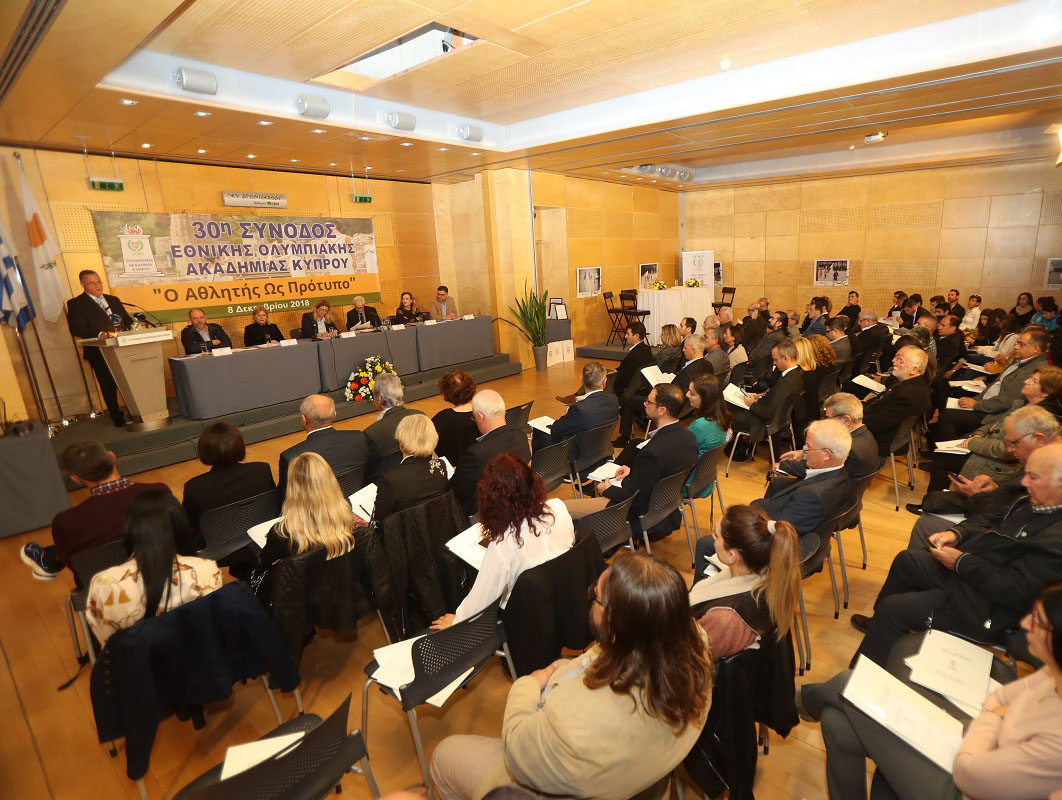 “Athletes as Role Models” was the core topic of the 30th Session of the Cyprus National Olympic Academy, which took place at the Olympic House in Nicosia on Saturday 8 December 2018.

More than 200 officials, coaches, athletes, students and journalists attended the conference, along with Minister of Education and Culture of the Republic of Cyprus Kostas Champiaouris, Advisor on Sports Matters to the President of the Republic Phivos Zachariades and Director of the National Olympic Academy of Bulgaria Lozan Mitev.

After the Olympic Anthem, performed by musician Irene Kakoyianni, President of the Cyprus NOC and the National Olympic Academy Dinos Michaelides greeted all participants. He then paid tribute to Egli Pantelaki, who retired as General Director of the Ministry of Education, for her huge contribution to youth, education and the Cypriot society.

All three tackled different sides of the athlete role, life and career. Iakovakis focused on the future of athlete after their sport career, while Dr Lioupi centred around athletes as a role model and how they can contribute in conveying Olympic values to the youth. Finally, Dr Chrysanthou presented a nice comparison between todays standard of the super athlete and the Ancient Greek model.