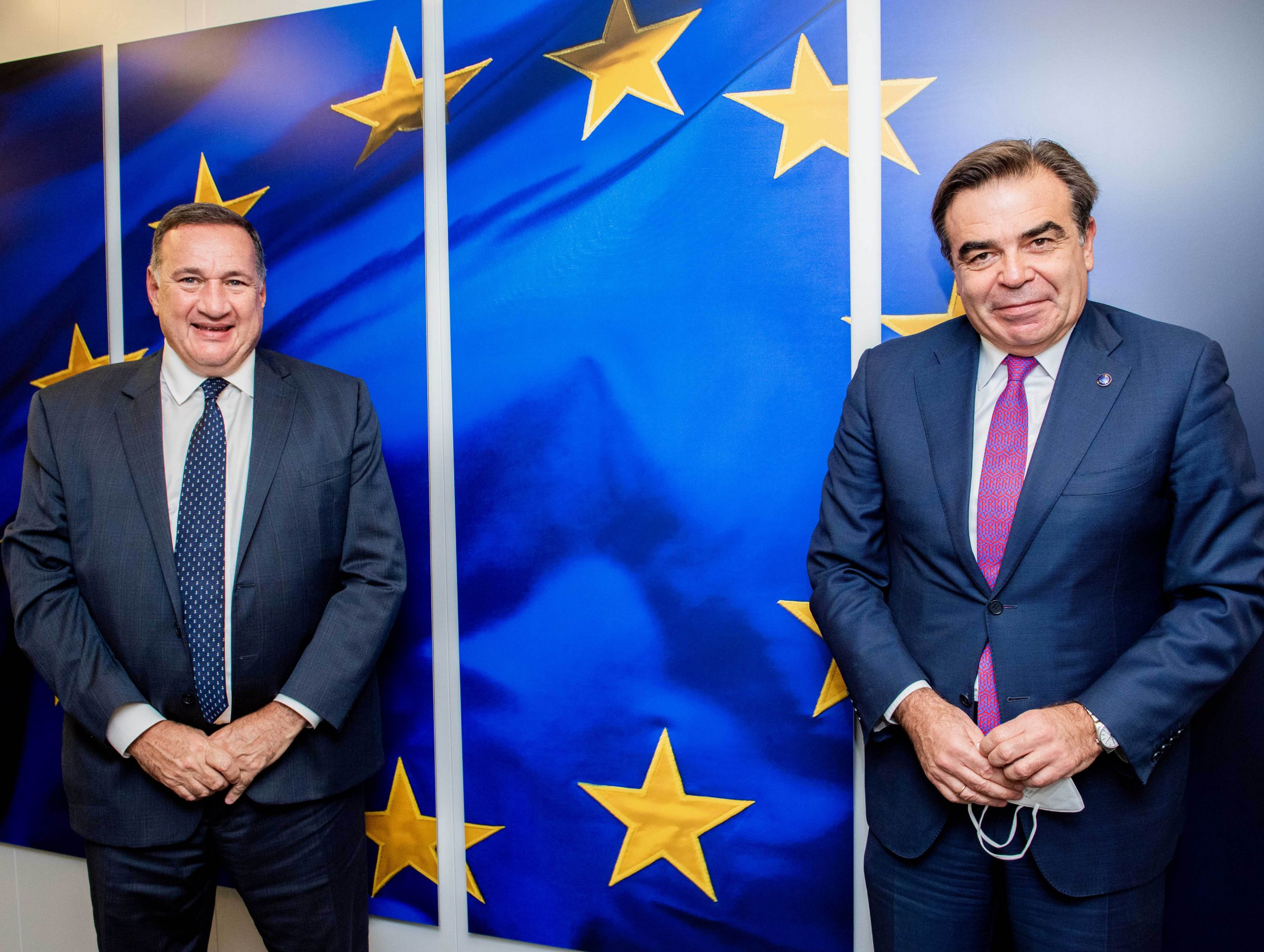 The key topic of the meeting was the defence of the European Sport Model (ESM) and the shared values of tolerance, equality, respect and solidarity.

Capralos thanked both Schinas and European Commissioner for Innovation, Research, Culture, Education and Youth Mariya Gabriel for having supported the ESM on different occasions, while also inviting them to consider it as a kind of cultural heritage of Europe.

“I was honoured to have the opportunity to meet with Vice-President Schinas and discuss topics that are relevant to our European community,” said Capralos. “The EOC is ready to further strengthen the cooperation with the EU and look forward to new exciting projects that will benefit especially the youth and the sport sector in Europe.”

Discussions also focused on sustainability, climate change, the European Green Deal and how the EOC events such as the European Games or the European Youth Olympic Festival (EYOF) can be used as a tool to showcase and promote both Olympic and European Union values.

They also spoke about the contribution that the European Olympic movement can give to the Conference on the Future of Europe (CoFoE), which was launched by the European Commission in April 2020. The aim of CoFoE is to provide European citizens with a platform for expression and to collect feedback on the way the EU should evolve and what should be the priorities.

The European Commission called on sport organisations to get involved in the consultation process, either by making proposals on the CoFoE’s multilingual digital platform, or by organising events to foster discussions on the future of European sports. The EOC is indeed mobilising National Olympic Committees (NOCs) to be active and support their activities within the CoFoE’s framework.