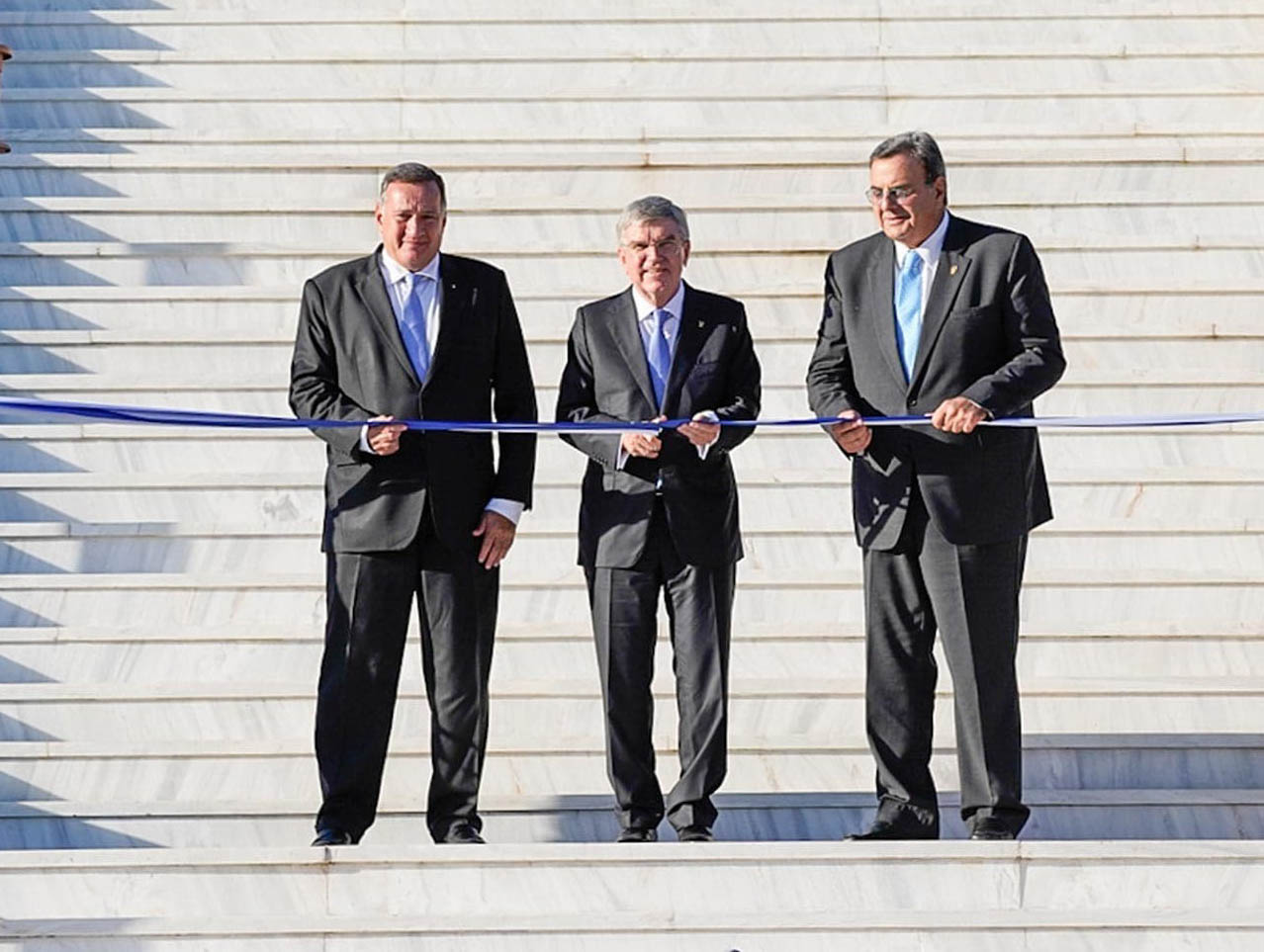 Capralos, who is also an IOC Member and President of the Hellenic Olympic Committee (HOC), said that: “The 60th birthday of the International Olympic Academy is marked by the completion of the renovation works carried out over the last one-and-a-half years, with the valuable financial support of the International Olympic Committee. Without this support, it would have been impossible to carry out a restoration project of this scale. I would like to express my sincere thanks to IOC President Thomas Bach, as well as to all the teams involved in the renovation project, for this great result. The International Olympic Academy, with its new, renewed profile, will continue its educational work unhindered, aimed at spreading Olympism.”

The revamped facilities of the interdisciplinary centre for Olympic education and studies were inaugurated during a ceremony attended by International Olympic Committee (IOC) President Thomas Bach and the President of the Hellenic Republic, Katerina Sakellaropoulou. The modernisation work was made possible by a EUR 12.5 million investment from the IOC.

“Here at the renovated International Olympic Academy next to the birthplace of the Olympic Games in ancient Olympia, the Olympic values will be brought to a new generation of young people who are athletes, students, teachers or people active in sport,” said the IOC President.

“The official opening of the renovated premises is now a reality, fulfilling a longstanding vision,” said IOA President Isidoros Kouvelos. “The IOA’s reform opens a new chapter. I feel very grateful that, from the very first moment, the IOC President, Thomas Bach, trusted this vision and expressed his willingness to walk with us and, in close alignment, make an important contribution to the Olympic Movement; to pave the way in order to strengthen the IOA’s role at the service of humanity.”