Together for a fair sport

In association with WADA (the World Anti-Doping Agency) and ITA, the EOC is dedicated to complying with world Clean Sport regulations and helping to educate and inform athletes and coaches about its importance and how to effectively follow Clean Sport requirements. 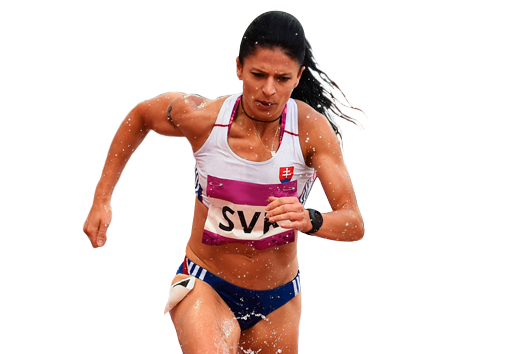 There are many risks associated with doping. From negative effects on mental and physical health, to loss of sponsorship or prize money, to permanent damage to an athlete’s image and relationships, it is important to understand and consider all consequences of doping. Below is a list of some of the common consequences of not competing clean.

The use of Performance-enhancing Drugs (PEDs) may have long- and short-term impacts on the athlete’s physical and mental health. Depending on the substance, the dosage and the duration of use, some PEDs have been proven to have severe side effects and can cause irreversible damage to an athlete’s body. The U.S. Anti-Doping Agency (USADA) has outlined the negative impacts of several doping substances on their website.

In addition to the physical aspects, scientific research has shown that there is a considerable correlation between the use of PEDs and mental health issues. Most commonly, it was found that the use of doping substances can trigger anxiety, obsessive disorders or psychosis.

Being associated with doping or a doping offence will have an impact on the person’s reputation and social relations. In the public view, athletes or other persons convicted of doping are often considered cheaters and experience many forms of stigma.Doping has a significant negative impact on the person’s private life and social interactions as people may feel that they no longer want to be connected to someone who has damaged the reputation of a sport and displayed poor judgement.

A ban resulting from an Anti-Doping Rule Violation (ADRV) will have a significant financial impact on the individual. For athletes and Athlete Support Personnel, this includes the requirement to return prize money or a financial sanction. Other negative consequences of doping include termination of contracts and sponsorship deals, loss of government funding, grants and other forms of financial support.

An Anti-Doping Rule Violation (ADRV) will have an impact on an athlete’s ability to train and compete. For coaches and other Athlete Support Personnel, a ban may mean that they are no longer able to practice their profession and work with athletes. A sanction resulting from an ADRV can range from a warning to a lifetime ban from all sport.It is important to note that individuals banned in one sport will also be prohibited from playing, coaching or working with athletes in any other capacity in a different sport.

It is also against the Code to work with Athlete Support Personnel (coaches, trainers, physicians or other) who are ineligible on account of an ADRV, or those who have been criminally convicted or professionally disciplined in relation to doping.

Beyond the legal consequences, an increasing number of public authorities and governments have adopted legislations that treat doping as a criminal act. Consequently, in addition to being ineligible to coach or compete, you may face criminal charges in your country. Depending on the national legislation and the degree of the violation, charges can lead to fines, social service requirements and even incarceration.

A full list of all Athlete Support Personnel who are currently suspended from working with Athletes or other Persons can be found on WADA’s Prohibited Association List.

The ITA suggests including athlete quotes, testimonials and videos to demonstrate the negative effects of doping. The ITA can request the US Anti-Doping Agency’s (USADA) permission to use the following videos produced by USADA on the EOC page:

1. Introduction to anti-doping 2. Principles and values associated with clean sport 3. The anti-doping landscape 4. Rights and responsabilities under the code 5. The principle of strick liability 6. Anti-doping rule violations 7. Substances and methods on the prohibited list 8. Use of medication & risks of supplements use 9. Consequences of doping 10. Speaking up 11. Clean sport education 12. Contact information 13. European olympic commitee events in 2022 anti-doping information 14. Testing procedures during the game 15. Therapeutic use exemption process during the game 16. Requirements of the athletes in testing pools – whereabouts during the games