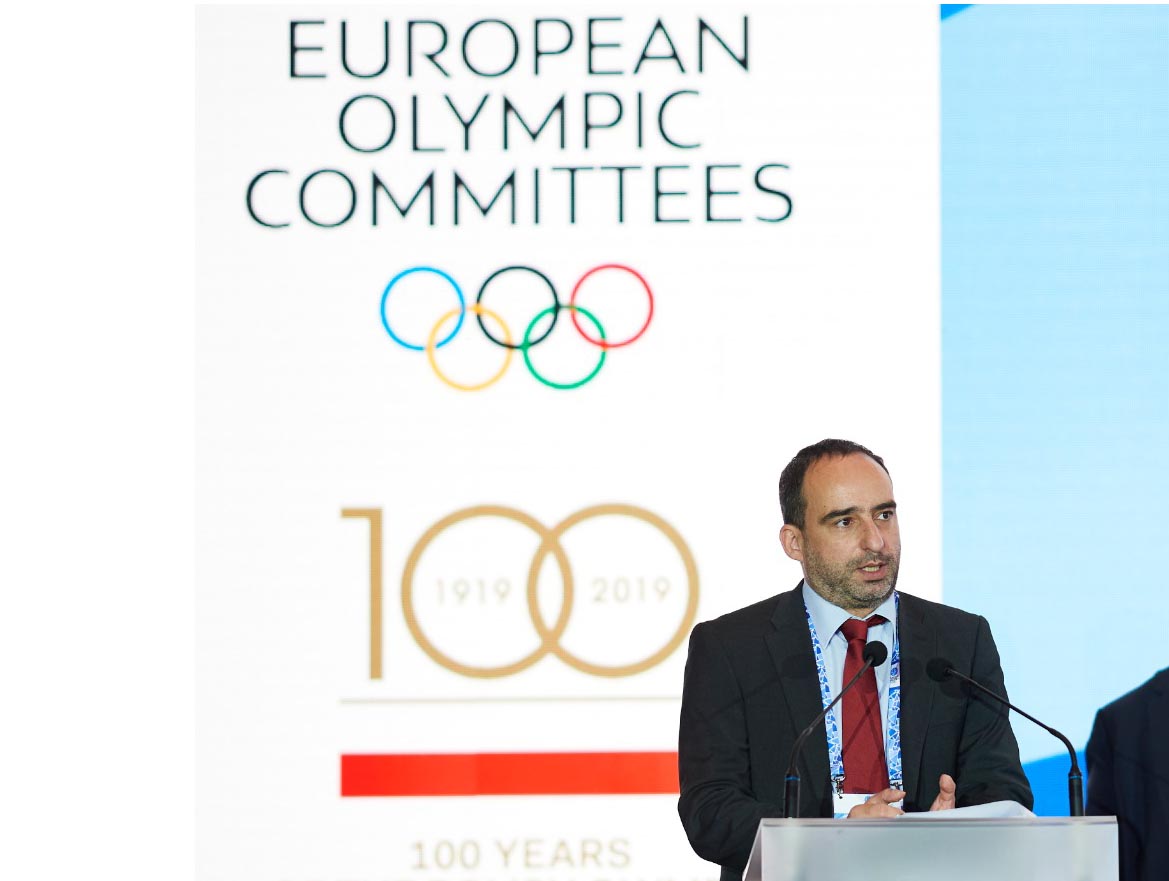 Peter Brüll was named Sports Director of the European Olympic Committees (EOC) in May 2019, just in time for one of the busiest periods ever for the continental organisation.

Having played a key role in the sporting successes of the previous year, including at the Minsk 2019 European Games and Baku 2019 European Youth Olympic Festival (EYOF), Brüll says he comes into the new year full of high expectations.

“I am satisfied with all the work that has been done so far, but we need to continue on this wave and aim even higher,” said Brüll in reference to his first eight months working at the EOC.

Brüll brings great expertise to the EOC in planning, managing and delivering major sporting events. His work is mainly centred on building strong ties with the 50 National Olympic Committees (NOCs) of Europe and the International and European Federations in order to define a consistent sports programme for EOC events.

“All the meetings were very fruitful,” he said. “I had the chance to understand their needs, match the different perspectives and try to dovetail them with the EOC’s setting.”

“Our aim is to raise the bar of our sports events, having more sports serving as Olympic qualifiers and maintaining a certain number of core sports.

“The selection process for the sports programme requires close cooperation with the EFs, the IFs and the host country,” Brüll added.

The Slovak has already visited all the hosts of upcoming European Games and European Youth Olympic Festivals (EYOFs). These include Krakow and the Malopolska region in Poland, which are set to organise the 3rd European Games in 2023; Vuokatti, Finland, host of the 15th Winter EYOF; Banská Bystrica, Slovakia, host of the 16th Summer EYOF in 2021; and the Italian region of Friuli Venezia Giulia, which will organise the 16th Winter EYOF in 2023.

First evaluation visits are planned to Maribor, Slovenia host of the 17th Summer EYOF in 2023 and candidate cities for 2025 editions of EYOF Borjomi and Bakuriani (Georgia) and Brno (Czech Republic) in April and February. While Coordination Commissions site visits to Vuokatti, Banská Bystrica and Krakow & Malopolska are also scheduled on the calendar in March.

“We are trying to find a good balance in terms of types and groups of sports in order to contain the length of the Games and the number athletes, as well as to be compliant with [the International Olympic Committee (IOC)’s] Olympic Agenda 2020.”

“Having worked with the Youth Olympic Games Lausanne 2020 Organising Committee over the last month, I had the opportunity to interact with European NOCs on daily basis and exchange information with IOC and Ifs as well. I experience also many good approaches and examples that we can implement at the upcoming EYOF editions”

Brüll has already had a hand in bringing some historic firsts to upcoming editions of the EYOF, including triathlon at Banská Bystrica 2021 and girls’ ice hockey at Vuokatti 2021, making the latter the most gender-balanced EYOF ever.

“There are many opportunities around the European Games and the EYOFs,” he said. “I’m proud to be a part of an organisation and a Movement that continues to grow.”