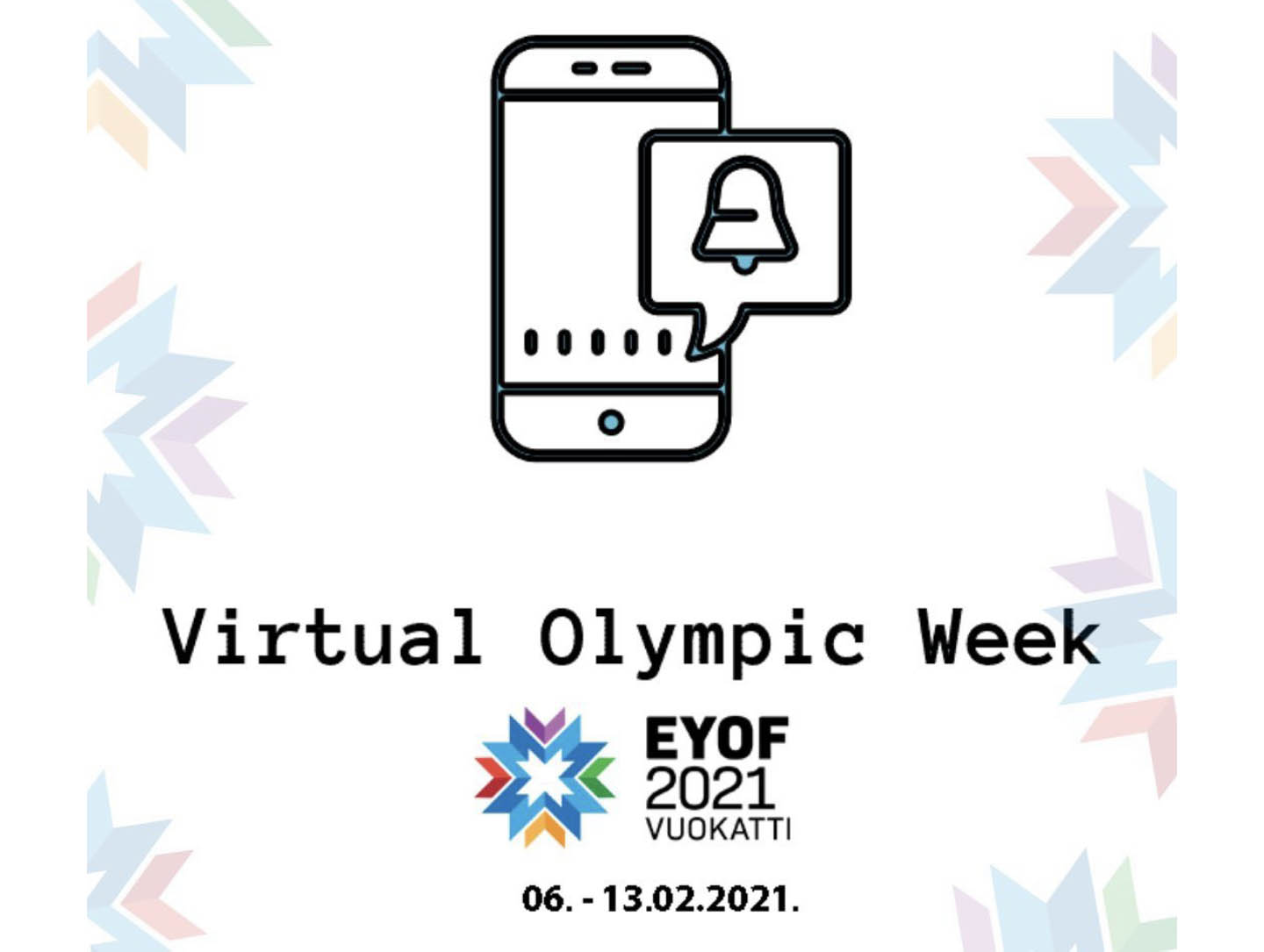 Curtains closed on the Vuokatti 2021 Virtual Week on 13 February, but the activities of the European Young Olympic Ambassadors (EYOA) don’t stop here!

During the original dates of the 15th Winter EYOF (6-13 February 2021), athletes and fans had the chance to taste a bit of the Olympic experience.

The week kicked off with a live chat on Instagram led by alumnus Mirjana Ivković  (SRB) and EYOA Hilla Hannola (FIN). Mirjana and Hilla engaged with the online community talking about the aims of the project, while introducing some of the activities for the week.

The second day provided some insights into the organisation of the event in Vuokatti as Sintija Mišina (LAT), Anna-Liisa Kärson (EST), and Anna Duskova (CZE) had a relaxed chat with Marita Kaipainen, Secretary General of the Winter EYOF 2021 in their 30-minute podcast. Marita has been organizing major events for a long time and explained why she loves her job, which brings “new tasks and challenges every day.”

Other topics that were discussed during the talk included the athletes’ village, the voluntary work and the postponement of the event to December. You can listen to the full episode here.

9 February saw the “Learn from the Best” activity, which consists of live interviews with athletes on Instagram. Alpine skier Christopher Papamichalopoulos (CYP), who was the flagbearer of Team Cyprus during the Opening Ceremony of the Winter Olympic Games Vancouver 2010, had a friendly conversation with EYOA Claudia Mestre (ESP). Christopher talked about his path in sport, as well as his most memorable moments from the Olympic Games and current daily life.

“Stay focused, do your job and don’t worry. The rest will come” is the piece of advice Christopher gives all young athletes. To learn more about his experience as an Olympian and his preferences for either sun or snow, morning or evening training sessions, don’t miss the whole interview video here.

“Mind, Body, and Sport” was the topic of the second EYOF Podcast’s episode, which featured Czech manager, global strategist, coach and mentor Jan Mühlfeit.  Jan told about his experience in Microsoft and discussed how the brain works during competitions, as well as in moments of victories and defeat. He also unveiled the differences and similarities between mental coaching in sports and business, while analysing the psychological side of sporting performance.

“Aim for the moon, and if you miss the moon, you will still be among the stars” is Jan’s inspirational quote. The second episode of the podcast can be found here.

Among the highlights of the week were a workout session with Russian gymnast and four-time Olympic Medalist Maria Paseka, who presented a set of physical exercises, as well as a virtual day with Italian short track speed skater Elisa Confortola, who showed fans her daily routine. Virtual Week was also fun, as the “Can You Pronounce?” social media challenge saw followers pronouncing words and phrases about winter sports in a foreign language.

On the last day, February 13, EYOA Daniella Ipsarides (CYP) spoke to Greek sports and exercise psychologist Karim Ramadan in an Instagram live series titled “Let’s Talk Saturday.” Karim answered multiple questions on how to cope with a defeat, how coaches can support athletes and how mental health can impact the sporting results and many others.

“It is normal to feel stress before or after the race. When we feel it, it means that it matters to us. Otherwise, we would not feel anything at all” said Karim. “Mental training is as important physical and technical capacity.” You can watch the whole conversation here.

The management team of the EYOA programme warmly thanked all the ambassadors for staying active throughout the project and taking their best efforts to conceptualize, develop and realize the activities.

The programme does not end here though. The activities will continue throughout the year until the ambassadors will travel to Vuokatti in December 2021, where they will engage with the athletes onsite.