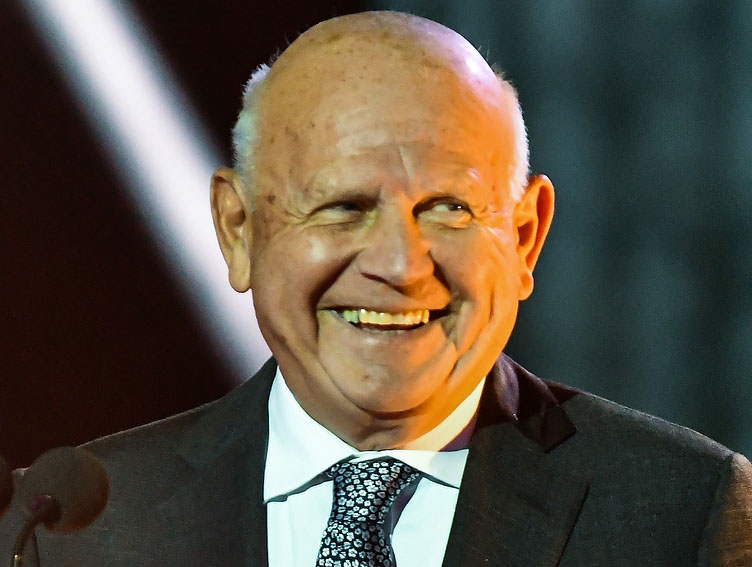 End of the year message from EOC President Janez Kocijančič

As we approach the end of the year, we can be both pleased with all we accomplished in 2018 and full of confidence heading in to what promises to be one of the busiest years ever for the European Olympic Committees.

European athletes shone once again at competitions around the world, in particular at the Olympic Winter Games PyeongChang in February and the Youth Olympic Games Buenos Aires in October. Our athletes left South Korea with 210 medals in total, and of the 27 NOCs globally that won a medal in PyeongChang, 21 of them were European. The 2018 Winter Olympic Games also marked the first time all 50 European NOCs were represented, thanks to Kosovo participating for the first time.

Our athletes and their outstanding performances were honoured again in November at the ANOC General Assembly, where Sweden’s curlers won the “Best Female Team of PyeongChang 2018,” Norway was named “Most Successful NOC,” Italian speed skater Arianna Fontana won the “Best Female Athlete” award, and Norway’s Bjørn Dæhlie was named “Outstanding Athlete” in recognition of his glittering cross-country ski career. EOC Honorary President Mario Pescante, meanwhile, was recognised for his lifelong service to sport with the “Contribution to the Olympic Movement” award.

I congratulate all the winners and of course all of the European NOCs involved. You have every right to be proud of the sporting achievements of your athletes this year.

We can also look back on two very productive meetings in Belgrade and Marbella, and the excellent work carried out by the EOC Commissions and the EOC staff in Rome and Brussels.

I can only hope that 2019 will bring as many successes as the year just ending. One thing is for certain: we will have very little time to relax in the coming months with all four of our sports properties taking place. And 2019, the year of European sport, cannot be as successful without the great support of the ENOCs and the EOC Executive Committee, which I know I can count on.

Our first Executive Committee meeting is scheduled for 25 January in Lausanne, and after that we dive straight in to the European Youth Olympic Festival in Sarajevo & East Sarajevo from 10-15 February. This will be the first multi-sports event held in the area since the Olympic Winter Games Sarajevo 1984, and to say it means a lot to the people of Bosnia Herzegovina is an understatement. The motto of the Games is “Two Cities, One Dream,” and we are very pleased to be part of the rebuilding process, both in terms of human and sporting legacy.

The Winter EYOF will be followed by the XVIII Games of the Small States of Europe in Montenegro from 27 May to 1 June, where the athletes from Europe’s nine smallest nations will have their moment to shine. Our flagship event, the European Games, is scheduled for 21-30 June in Minsk, and I am confident our Belarusian hosts will deliver an excellent and memorable 2nd edition of the Games. Good luck to all of your athletes as they attempt to qualify for Europe’s premier multi-sports event.

Also on the agenda for 2019 will be the unveiling of the future host for the 3rd edition of the Games in 2023. We have been fortunate to receive a number of strong bids from across the continent, and we will be in good hands regardless of which city eventually wins the rights to host the event.

In July we return to Baku, home of the 1st edition of the European Games in 2015, this time for the Summer European Youth Olympic Festival. With all the venues already in place and the experience gained from organising the European Games, we expect these to be one of the finest EYOFs ever. Equally important at both Minsk and Baku will be the experience gained by the athletes as they set their sights on qualifying for the Olympic Games Tokyo 2020.

If you have become tired just reading that, I don’t blame you. This is why I want each and every one of you to enjoy a relaxing holiday period. Use this time with your friends and family to recharge your batteries in preparation for the important year ahead.

Wishing you a peaceful, prosperous and sportive New Year,