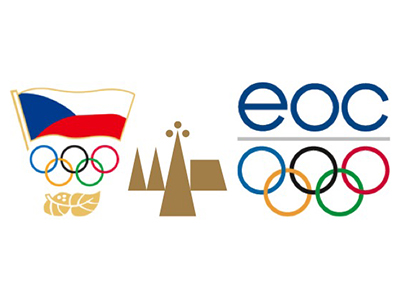 The General Assembly rounds off an action packed year for the EOC that has seen the successful introduction of the European Games, the first continental multi-sports event for European athletes.

EOC President Patrick Hickey will lead proceedings throughout the two days and has been joined in the Czech Republic by senior figures in the Olympic Movement including IOC President Thomas Bach, ANOC President Sheikh Ahmad al-Fahad al-Sabah, as well as Honorary IOC President Jacques Rogge, and Honorary EOC President Mario Pescante, as well many IOC Members.

The EOC General Assembly – which is comprised of the EOC’s 50 member states and sister organisations such as the EOC’s EU Office in Brussels, as well as visiting delegations from upcoming Olympic Games, Youth Olympic Games, and the five candidate cities for the 2024 Olympic Games (Budapest, Hamburg, Los Angeles, Paris and Rome) – will hear reports, presentations and discussions about the EOC’s activities over the past year. And it has been a very busy 12 months with the first edition of the EOC’s flagship event, the European Games, being introduced to the sports calendar as well as winter and summer editions of the European Youth Olympic Festival and the Games of the Small States of Europe.

During the official opening of the General Assembly this morning, delegates observed a minute’s silence in memory of all the victims of recent terror attacks, particularly those which affected members of the European family in Turkey, Russia and France.

As well as important administrative items, the General Assembly agenda includes a vote on the Best European Young Athlete of the Year 2015, with five candidates shortlisted.

The winning athlete will be announced at a Gala Dinner at Prague Castle on the evening of the first day.