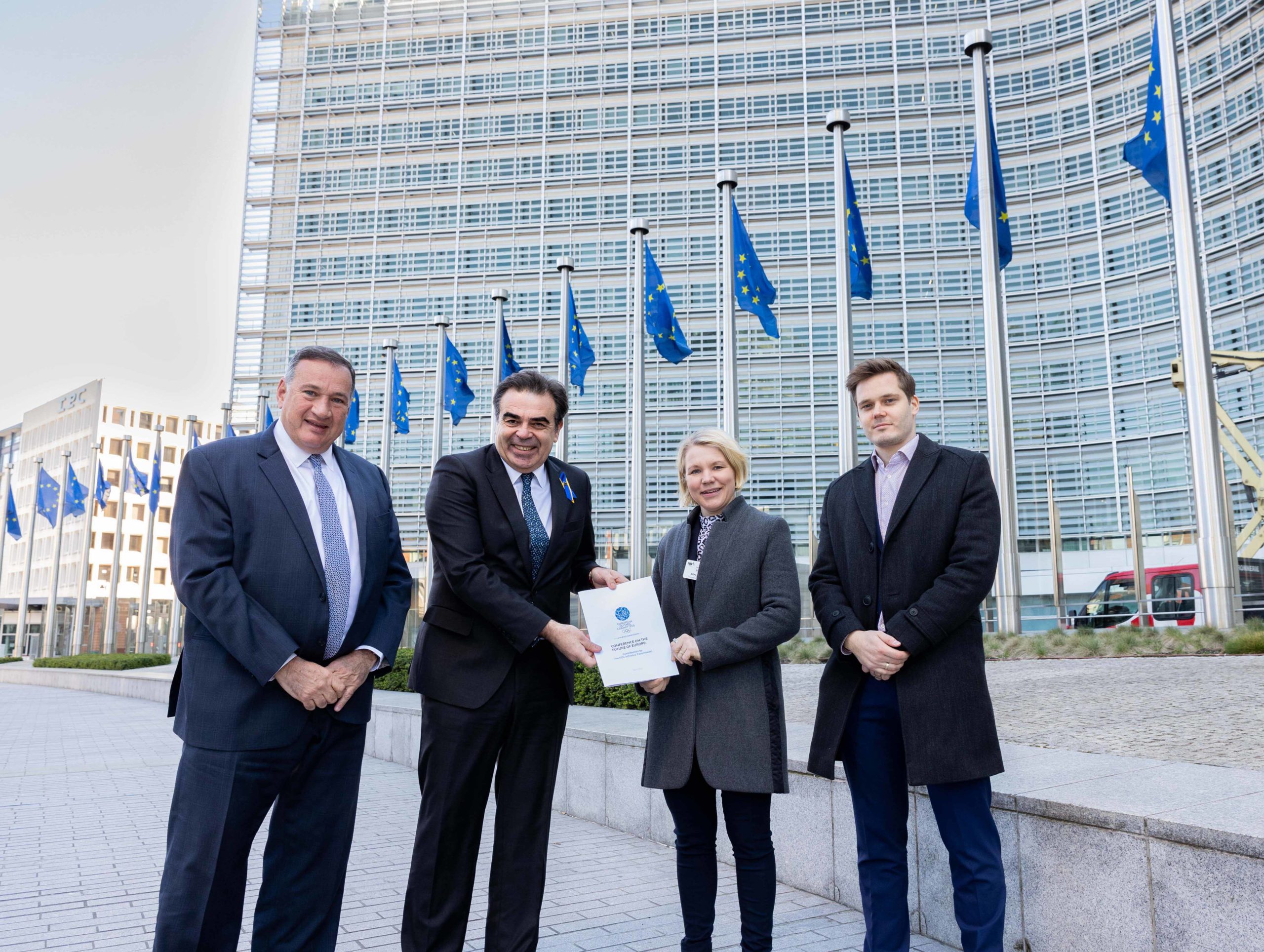 The Conference on the Future of Europe is a large citizen consultation launched by the EU to listen to its population’s hopes and ideas on future priorities of the EU, and make recommendations to the EU moving forward.  On this backdrop, the European Olympic Movement, and its athletes in particular, took the opportunity to engage with the European Commission leadership.

European Commission Vice-President and Commissioner for ‘Promoting out European Way’ of Life Margaritis Schinas, commented: “Cooperation between the European Olympic Committee and the European Commission is excellent. In these unprecedented, challenging times we confirmed that, hand in hand, we are committed to promoting shared Olympic and EU values, including tolerance, equality, respect, and solidarity.

“These are key elements of our European Model of Sport. The value of the viewpoints of athletes in decision-making processes of sport organisations and in particular the role of the EOC Athletes’ Commission is immense. Facilitating the access of athletes to education and training, as well as encouraging the establishment of accessible dual career schemes is also essential.”

EOC President Spyros Capralos expressed his thanks to athletes across Europe and Schinas, saying, “The landscape of sport is always changing and we must continue to listen to our athletes and act decisively to ensure sport remains a core focus within the EU. Great strides have been made in recent years in terms of equal opportunity, health and wellbeing, athlete representation, and much more. But we still have work to do, and together with Vice President Schinas, EU Commissioner for Sport Mariya Gabriel and their teams, we will deliver a European sporting future and the European Sport Model that will support generations to come.”

Capralos, who is also an IOC Member, also informed Vice-President Schinas about the concrete humanitarian effort made by the stakeholders across the Olympic Movement to support the Ukrainian Olympic Community in these extremely difficult times as the consequence of the war.

“Along with the IOC and thanks to the collaboration from many European NOCs, we are making every effort to ensure that Ukrainian athletes will compete in the upcoming Winter European Youth Olympic Festival in Vuokatti in the best possible conditions,” said Capralos.

The proposals put forward by the EOC and IOC athletes’ representatives were developed in consultation with Athletes’ Commissions across Europe. A survey was launched by the EOC Athletes’ Commission, focusing on four pressing topics: 1) European Sport Model, 2) Athlete representation within sports organisations, 3) Support for athletes, and 4) Funding for European sport. The results of the survey enabled the EOC AC to present clear and widely supported recommendations to the Conference on the Future of Europe.

EOC Athletes’ Commission Chair Gerd Kanter said, “The past few years have been very challenging for many people across Europe, first with COVID-19, now with the war in Ukraine, and also with many other challenges in between. But in such difficult times, sport provides hope, brings unity, and contributes to a better and brighter future. This sentiment is shared by all athletes I have spoken to. We, as democratically elected athletes, were honoured to be able to present clear recommendations to the Conference on the Future of Europe.”

IOC Athletes’ Commission Chair Emma Terho added, “It is very important for us to hear the thoughts of athletes across Europe and have the opportunity to reflect their feedback in the form of concrete recommendations that the European Commission will look at incorporating into its future policies. Big thanks to Gerd, the EOC AC and our friends at the EOC and of course to Vice-President Schinas for collaborating on such a wide-ranging and impactful element of European society.”

The EOC and the IOC will now organise follow-up meetings with representatives of Athletes’ Commissions across Europe to deepen the discussion on the recommendations that have been presented to the European Commission.