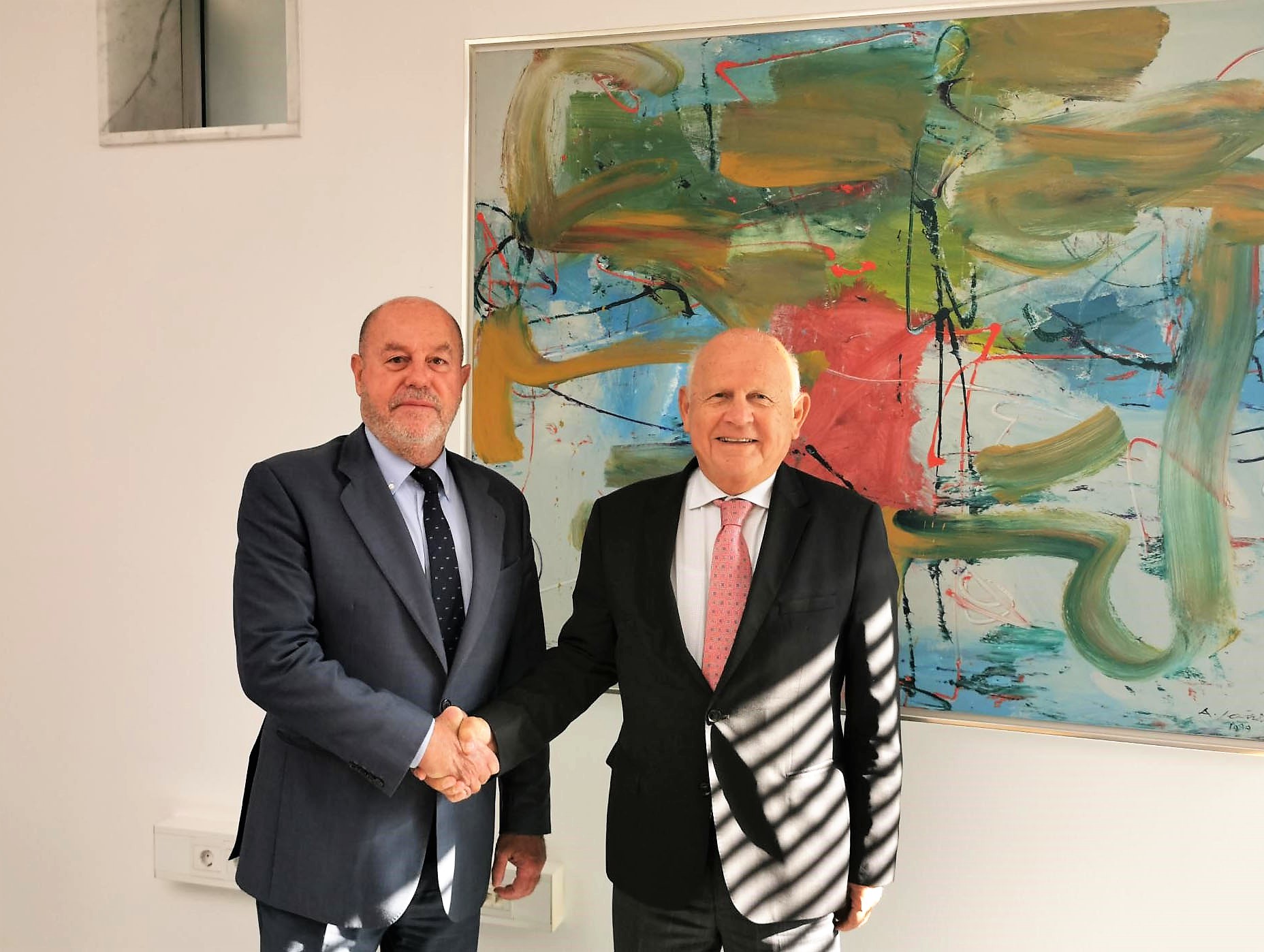 Discussions focused on the collaboration between the two organisations and the commitment of the EKF to EOC’s flagship event.

Karate was part of the sports programme of both European Games (EG), Baku 2015 and Minsk 2019. Both parties showed willingness to see the sport at future EG edition Krakow & Malopolska 2023.

“We wish to continue the good cooperation with WKF,” Kocijančič stated. “Karate was one of the most popular sports at Minsk 2019, as competitions were first-class and the number of participating athletes very high. Figures on social media showed that the sport was very attractive to the audience.”

Karate was one of the eight sports qualifying for the Summer Olympic Games Tokyo 2020. In total 96 karateka from 38 National Olympic Committees (NOCs) contested 12 sets of medals in Minsk.

“It was a pleasure to sit down with the EOC President and discuss further opportunities to increase the cooperation of our organisations,” said WKF and EKF President. “We are proud to be an active partner of EOC and pleased to have contributed to the success of the two editions of the European Games.”

“The last European Games in Minsk was a perfect example of the strength of this sport event in the continent. We hope to continue supporting EOC’s goals and to give an added value to the development of sport in Europe,” Espinós concluded.

The 2nd European Games featured a very high level of competitions, as many European title-holders and top-placed athletes in WKF World ranking took the stage to get medals and qualification points for the Summer Olympics next year.