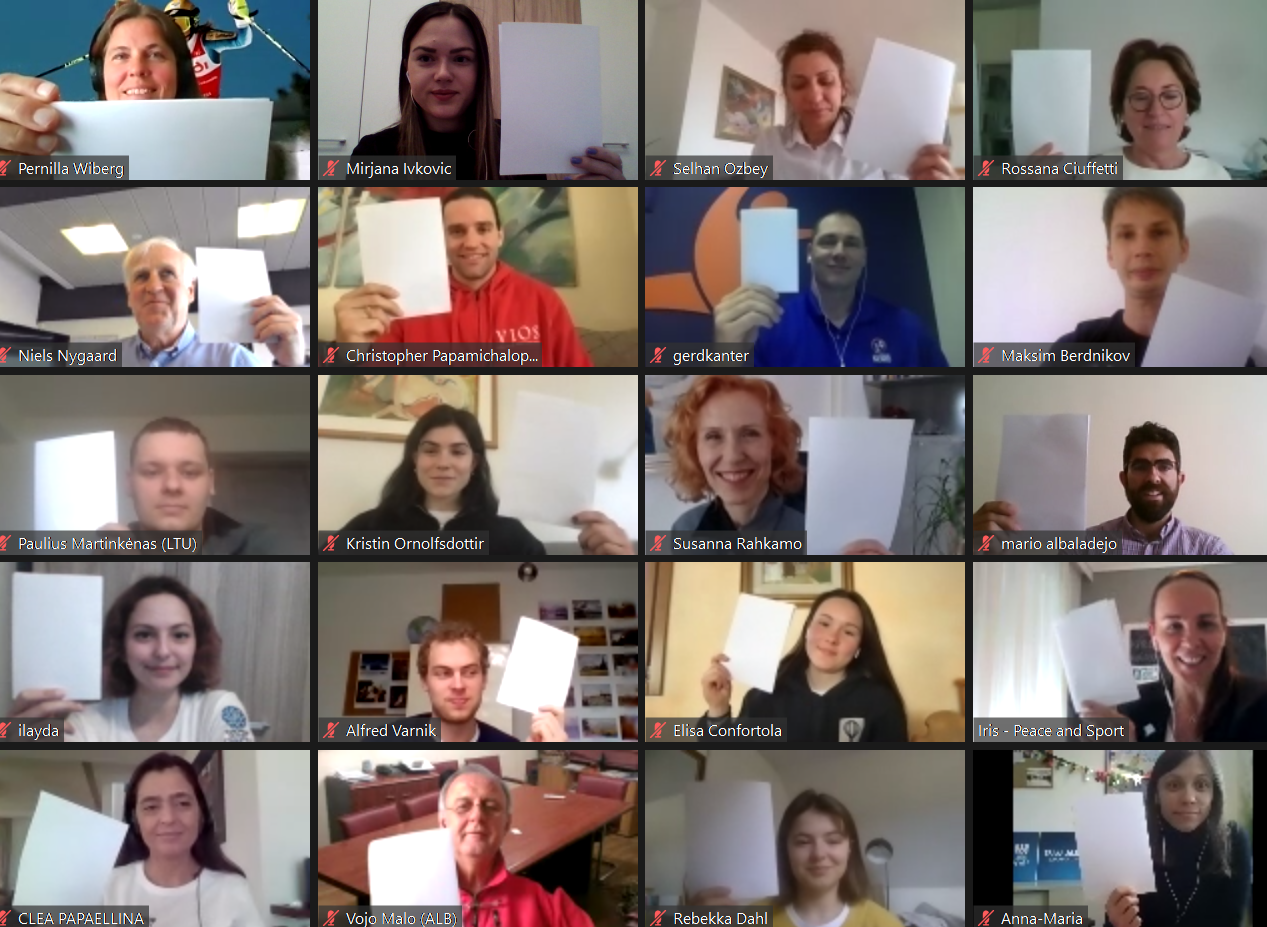 The EOC celebrated today the International Day of Sport for Development and Peace (IDSDP) through a webinar addressed to the European Young Olympic Ambassadors (EYOA) for the Winter European Youth Olympic Festival (EYOF) Vuokatti 2021.

Opened by EOC Acting President Niels Nygaard, the meeting was an occasion to raise the EYOA’s awareness about the importance of the day as well as to spread a positive message of solidarity, peace and inclusion through sport.

“Today we celebrate the role that sport plays in society and its power to foster dialogue, understanding, social inclusion and peace,” said Nygaard.

“The EOC is grateful to the work being carried out every day by sport organisations, athletes, coaches and by you – dear Ambassadors – to convey these educational values of sport to people of all ages throughout the world.

“We feel very lucky to count on your support to spread this very important message!”

Organised in collaboration with Monaco-based organisation Peace and Sport (P&S) and the EOC Olympic Culture and Legacy Commission, the webinar was attended by Champion for Peace and two-time Olympic Champion Pernilla Wiberg and EOC Athletes’ Commission Chair and discus-throwing Olympic Champion Gerd Kanter.

As the core message of the 2021 #WhiteCard campaign is “Behind each #WhiteCard, there is a story,” Wiberg told about her inspiring story and encouraged the Ambassadors also to share theirs within their communities.

“Sport drove me where I am today. I stopped skiing 20 years ago and now I am working for the Swedish television. This is one of my ways of giving back to sport. To explain how much sport can mean to every single person but also to society, as I am doing today with you” said Wiberg, one of the most successful alpine ski racers of the 1990s.

“As an Olympian I know what it means to be part of a big sport event and feel the great value behind it. The EYOF is a similar experience to the Olympic Games, and I am sure that the Ambassadors also perceive the same energy and spirit of friendship beyond the competitions,” continued.

EOC Olympic Culture & Legacy Commission Chair Susanna Rahkamo stressed that the Olympic values of friendship, respect and excellence are at the core of the EYOA programme and contribute to the promotion of peace and development amongst the countries.

“Our Commission is very happy to take part of these celebrations and to be – along with our Ambassadors – the promoters of this mission,” said Rahkamo.

The gathering concluded with a White Card group photo and P&S invited everyone to take part in the 2021 #WhiteCard campaign on social media. As a reference to the yellow and the red card in the sporting world, since 2014 the white card is a symbol representing the positive power of sport for peace and social inclusion.

April 6 was declared as the International Day of Sport for Development and Peace (IDSDP) by the UN General Assembly in 2013, creating a historical link to the first modern Olympic Games in 1896.

This decision represented a significant step in recognizing the transformative power of sport and its great potential in advancing positive social change.

Due to its vast reach, unparalleled popularity and foundation of positive values, sport is ideally positioned to contribute towards the Sustainable Development Goals.

To participate in the White Card campaign, take a picture of yourself while holding a white card, register your story on the www.April6.org platform and share it on all your social networks using the hashtag #WhiteCard and the tag @peaceandsport.