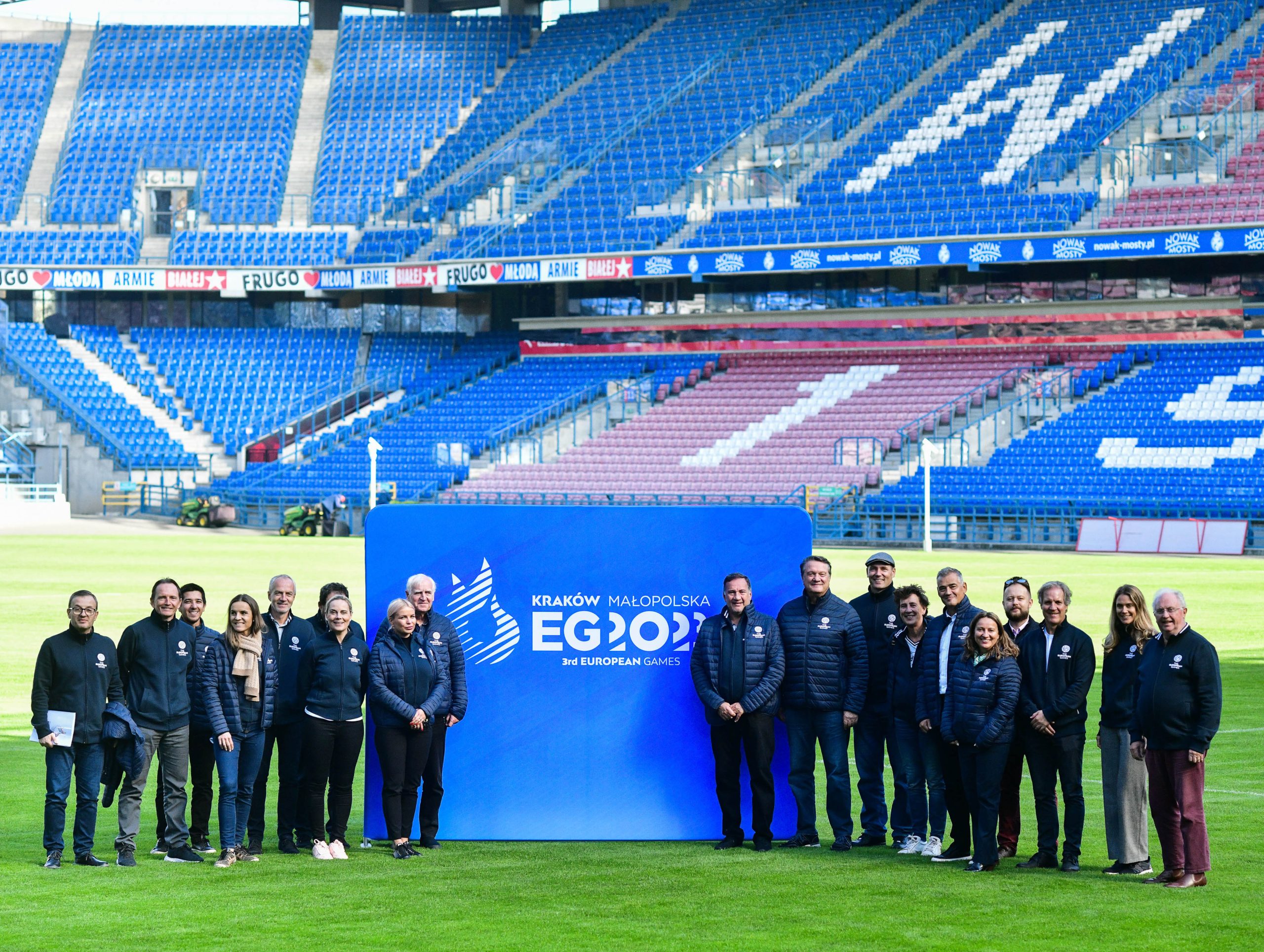 EOC Coordination Commission Meets In Poland Ahead Of Kraków-Małopolska 2023

President of the EOC Spyros Capralos said, “In just over 250 days, the Opening Ceremony will light up this city. Time is a very important factor. The athletes all around Europe who are training hard for this special moment have high expectations. After two days working with the team here in Poland, the EOC is confident that the European Games Kraków-Małopolska 2023 will be a success. And we are grateful for the way Poland is prepared to bring Europeans together in peaceful celebration, providing a shining example for the whole continent.”

Kraków-Małopolska 2023 will take place from 21 June – 2 July 2023. Poland will host the biggest multisport event in the continent since London 2012. Around 7,000 athletes, will be welcomed, competing across 25 sports (of which 18 are Olympic). Knowledge and expertise from past Games is being transferred from the EOC to the LOC, with the Coordination Commission’s 27 members bringing wide experience of successfully leading the delivery of European, Olympic and Paralympic Games.

“Kraków-Małopolska 2023 will feature the most Olympic qualifiers the event has ever seen,” said EOC Coordination Commission Chair Hasan Arat. “We will see more of the continent’s top athletes taking part in an event hosted in Europe than at any other time in the last ten years. With only six months remaining until the Flame of Peace for the European Games is lit in Rome, the challenge is great. But so is the opportunity. As we have confirmed over the last two days, the regional approach with existing venue means we can focus on preparing the operations. We are also focusing on the delivery of wider benefits for the host communities, that include increased physical activity, training in important skills and more.”

The meetings began with an overview from the President of the Organising Committee, Marcin Nowak, on their systems and processes. This included a breakdown of the structure of the LOC by department and employment status. Mr. Nowak emphasised the importance of implementing a coordinated strategy across all areas of Games operations to ensure a smooth running of the Games. He provided an update on the mascot competition, which received over 2,400 entries from young people aged 5-15 across the continent, and confirmed that the winner will be announced on 14 October. The victor will be invited to both the Opening and Closing Ceremonies, where they will enjoy VIP treatment with their family at the Municipal Stadium in Krakow.

“I am proud of my team. Our work was highly appreciated. We are at an advanced stage in many fields,” said Mr. Nowak. “We have already completed a lot, but the most intense stage is still ahead of us. I am sure that we will make it on time and organise an unforgettable event.”

LOC Sport Director Krzysztof Augustyn gave an update on the programme for the European Games, including the qualification events for the Olympic Games Paris 2024. He highlighted that this would guarantee the participation of the best athletes in Europe. Mr. Augustyn also informed participants of the status of the athletes’ training facilities. The sports programme is in the process of being finalised, as it was confirmed today that artistic swimming and diving will feature on the schedule for the Games. The Coordination Commission also visited key venues, including the Athletes’ Village.

Additionally, it was announced that the Organising Committee has begun the process for recruiting volunteers for the Games next year. Potential applicants will go through a two-staged procedure that includes registration at the Volunteer Site and an interview. In order to be considered for selection, volunteers are required to be over the age of 16, fluent in English and available for at least 8 of the 13 days. Training will be provided throughout the process and volunteers will each be given a starter pack that includes clothing and gadgets for the Games.

A press conference was also held earlier today at the Henryka Reymana stadium in Krakow. Asked by a Polish radio reporter about the participation of Russian and Belarusian athletes in the European Games, EOC President Spyros Capralos said:

“I know this question is on the minds of many of you. So I have to be very clear on my answer: Under the current circumstances, the participation of Russian and Belarusian athletes is impossible.”