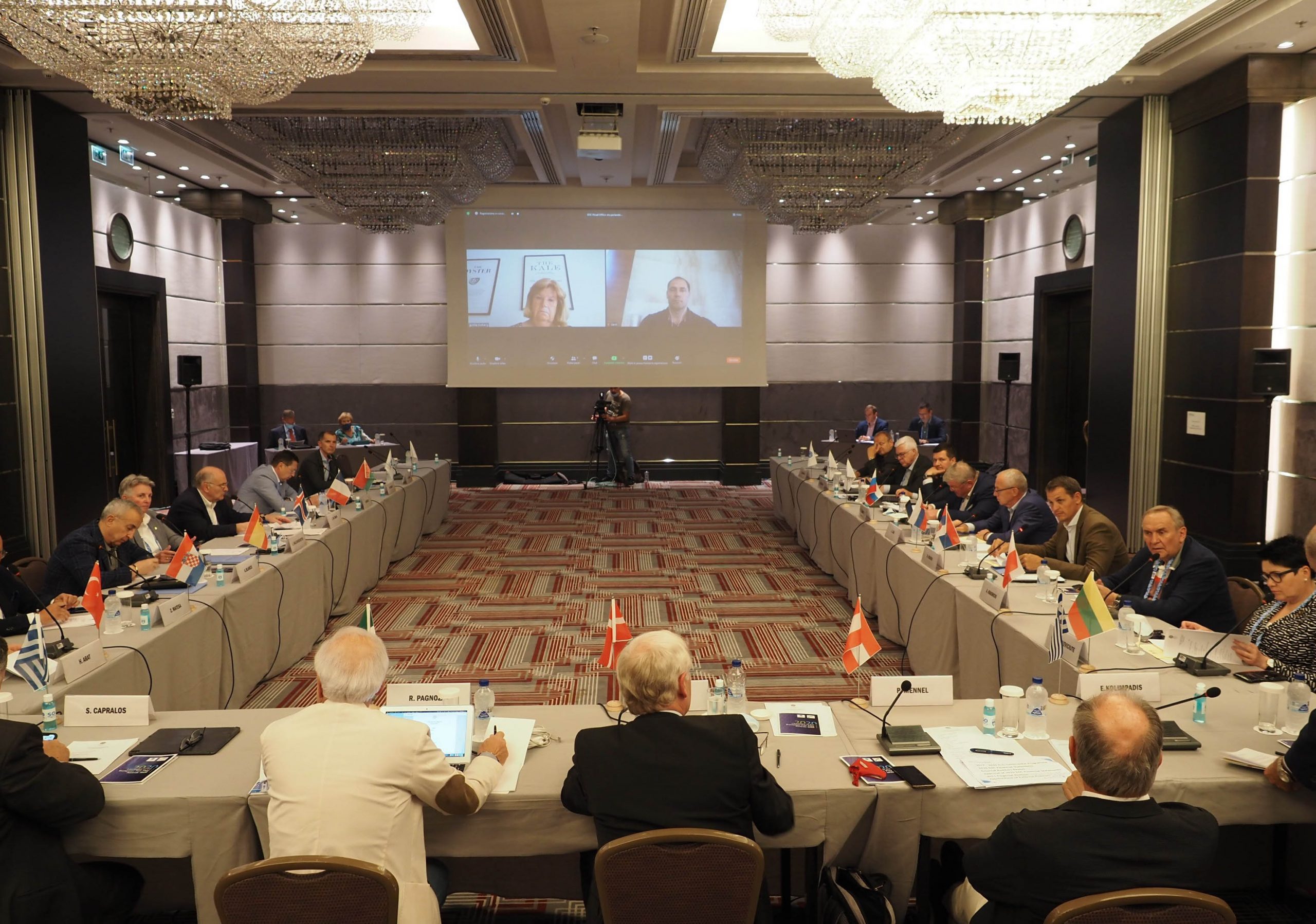 Members of the 2017-2021 Executive Committee (ExCo) of the European Olympic Committees (EOC) gathered today for the final time in its current configuration, a day ahead of the elective 50th General Assembly in Athens, Greece.

The current members of the Executive Committee have been at the helm of the EOC since the 46th General Assembly in 2017 in Zagreb, Croatia. Elections for the 2021-2025 ExCo will take place on the first day of the two-day General Assembly from 10-11 June. The full list of candidates can be found here.

EOC Acting President Niels Nygaard (DEN), who is standing for election to become the 9th President of the EOC, opened the meeting by thanking fellow EOC Presidential candidate Spyros Capralos (GRE) and his team for their efforts in making the in-person General Assembly possible.

“We are all very happy to be together after such a long period of time,” Nygaard said. “It makes this General Assembly even more special that we can gather again and not only to celebrate 50 years of the EOC but to elect the new leadership for the future of the Olympic Movement in Europe.”

“The decision to postpone the General Assembly until June was clearly the correct one,” he continued, “as 46 of the 50 NOCs of Europe will be here with us physically tomorrow with the other four following along virtually. This is an excellent development.”

Hellenic Olympic Committee President and IOC Member Capralos said: “We are very happy that so many people could make it here to Athens. It is a great honour for us to organise the 50th General Assembly here in Greece. It is important for our country, and a major celebration for our organisation. I would especially like to thank my Secretary General, Emmanuel Kolympadis, and his team for taking care of the logistics during this very difficult period.”

The primary focus of the meeting was to prepare the General Assembly, with members receiving reports from the EOC Secretary General Raffaele Pagnozzi (ITA), Acting Treasurer Peter Mennel (AUT) and Chair of the European Games 2023 Coordination Commission Hasan Arat (TUR).

“We have made a great deal of progress for the European Games Krakow-Malopolska 2023 since the last time we met virtually,” Arat told the Executive Committee. “We have had very constructive talks with a range of important stakeholders, including Top Sponsor Atos and the European Broadcasting Union (EBU), with which an MoU was announced on 7 June.

“On the sports side, we have finalised agreements with 18 sports federations and will soon have the final programme. We are therefore ready to sign the Host Contract with the authorities in Poland by the end of the month. In total, we expect to have 20 Olympic sports, five non-Olympic sports and five new-emerging sports.”

Updates were also provided on the EOC Commissions and upcoming European Youth Olympic Festivals (EYOFs), while ANOC Secretary General and EOC Ex-Officio Member Gunilla Lindberg (SWE) provided an update on NOC affairs, with a focus on the Olympic Games Tokyo 2020.

Djordje Visacki (SRB) gave an overview of the first report of the EOC Strategic Agenda 2030. All of the ENOCs have now provided their feedback and this comprehensive report provides a foundation for the future of the EOC and Olympic Movement in Europe. The report will be presented to the General Assembly and the mandate will be given to the next Executive Committee to move forward.