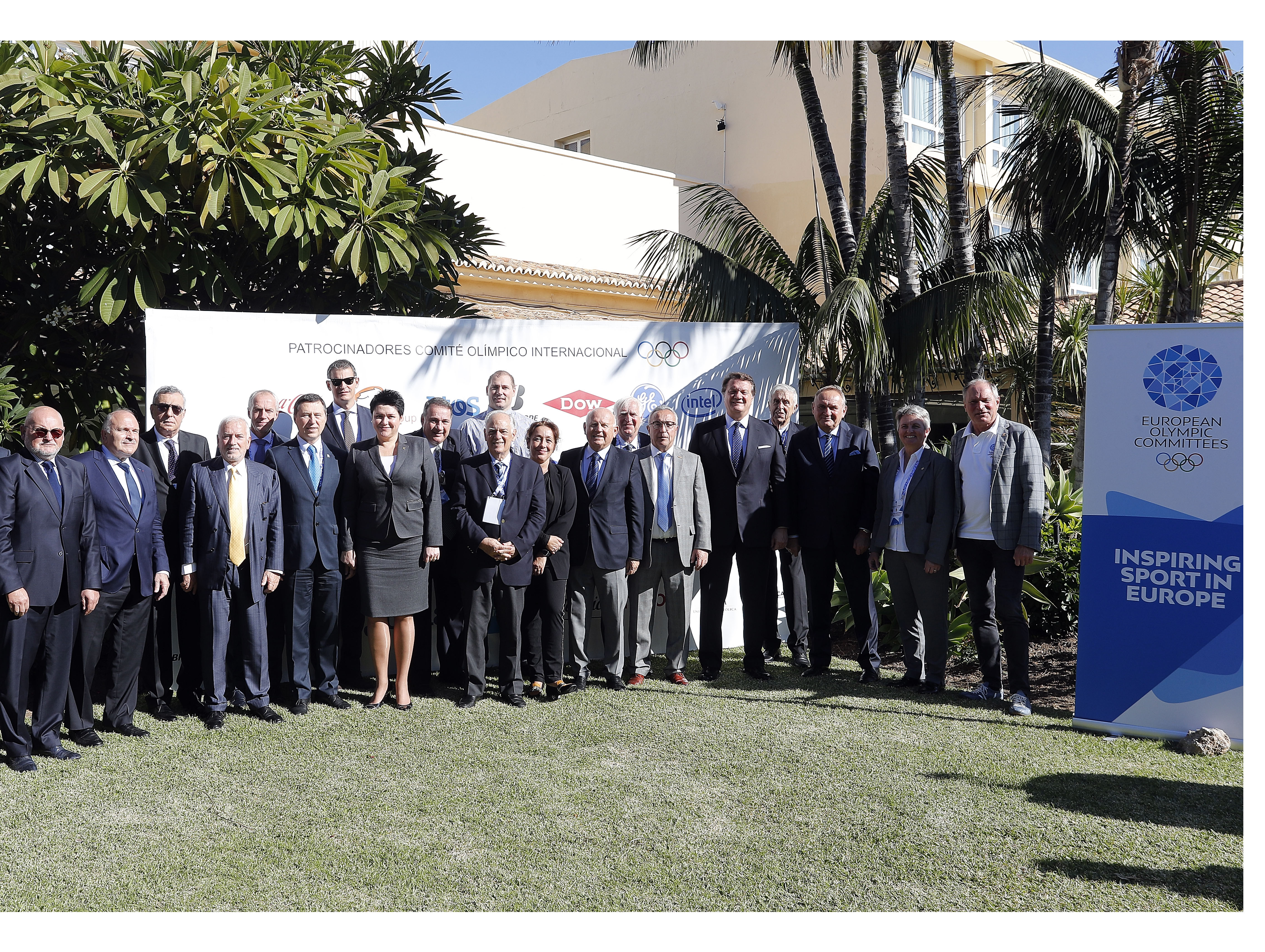 EOC Secretary General Raffaele Pagnozzi and EOC Treasurer Kikis Lazarides provided reports ahead of their presentations to the 47th General Assembly, being held in Marbella on 9-10 November.

A discussion on the European Sport Model was chaired by EOC President Janez Kocijančič, who said the European National Olympic Committees are the right bodies to develop and oppose competing models that are primarily based on money and treat athletes as assets.

“This is the start of a new way of thinking,” the EOC President said. “We cannot resist the new model in a passive way. We must be proactive and develop ways to protect and promote the European Sport Model, which starts at the grassroots level and reaches up to the Olympic Games. We must be better.”

International Olympic Committee (IOC) Olympic Solidarity Director Pere Miró, who attended the meeting, said the EOC had the support of the IOC and its president, Thomas Bach, in defending the European Sport Model.

Minsk European Games Organising Committee (MEGOC) CEO George Katalin told the ExCo that significant progress had been made in a number of areas in recent months.

“We now have over 300 full-time staff, a number that will grow to 450 by the end of year – when we were under 40 full-time staff in January 2018,” Katulin said. He added that the Games’ mascot would be launched on 29 November on national TV in Belarus, two days before ticket sales start, with the flame lighting ceremony to take place on 3 May in Rome.

The next EOC Executive Committee meeting will be held in Lausanne, Switzerland on 25 January 2019.