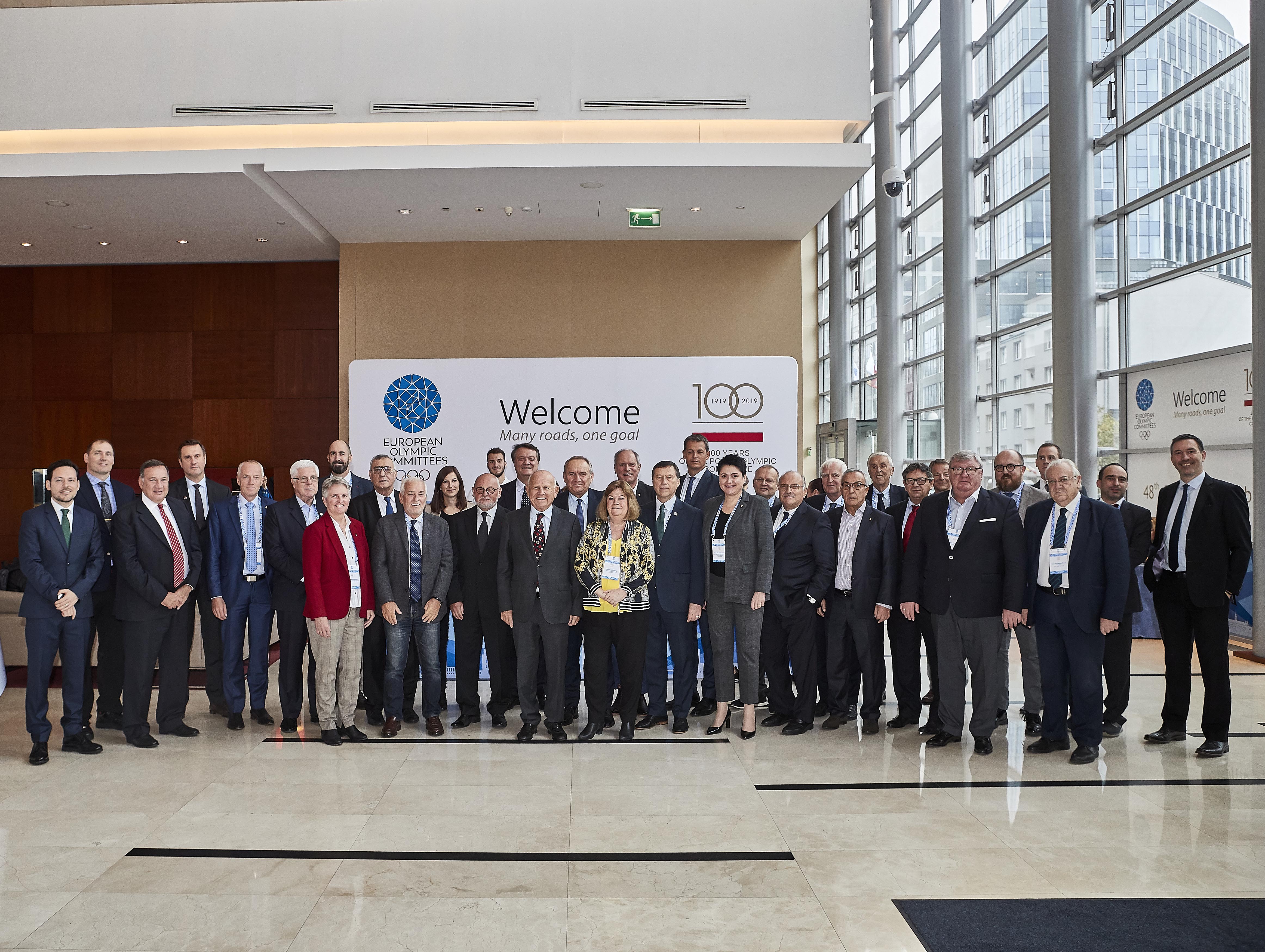 EOC President Janez Kocijančič opened the meeting by congratulating the organisers of all the EOC events that took place in what was a very busy year for the EOC and its 50 European National Olympic Committees. This included the European Games in Minsk, two editions of the European Youth Olympic Festivals (winter and summer) and the Games of the Small States of Europe.

“We consider ourselves responsible for all sport in our continent and we have to be grateful to our organisers and continue to show that we are a strong community,” Kocijančič said.

EOC Secretary General Raffaele Pagnozzi reported on the activities of the Head Office. Especially, he focused on the work he is doing jointly with his Team to produce a strategic document for the European Games in 2023, whose aim is to outline the vision for the sports programme and operational effectiveness.

A discussion on the proposed amendments to the EOC Articles on Association dominated the early proceedings of the meeting in preparation for approval by the General Assembly tomorrow.

A final report on the 2nd European Games Minsk 2019 was delivered by Chair of the Coordination Commission Spyros Capralos together with a detailed media analysis, which will also be presented to the General Assembly.

The reports prompted interventions from ANOC Secretary General Gunilla Lindberg, who informed ExCo members that a resolution underlining the importance of continental Games as part of the route to the Olympic Games was taken by ANOC during its General Assembly in Doha last week.

In addition to reports from the EOC Commissions & Working Groups, a progress report on the 2021 European Youth Olympic Festival in Banska Bystrica (SVK) was also delivered along with a recap of the 1st World Beach Games and the XXIV ANOC General Assembly.

The next EOC Executive Committee meeting will be held in Lausanne, Switzerland in January 2020 on the sidelines of the Youth Olympic Games Lausanne 2020.