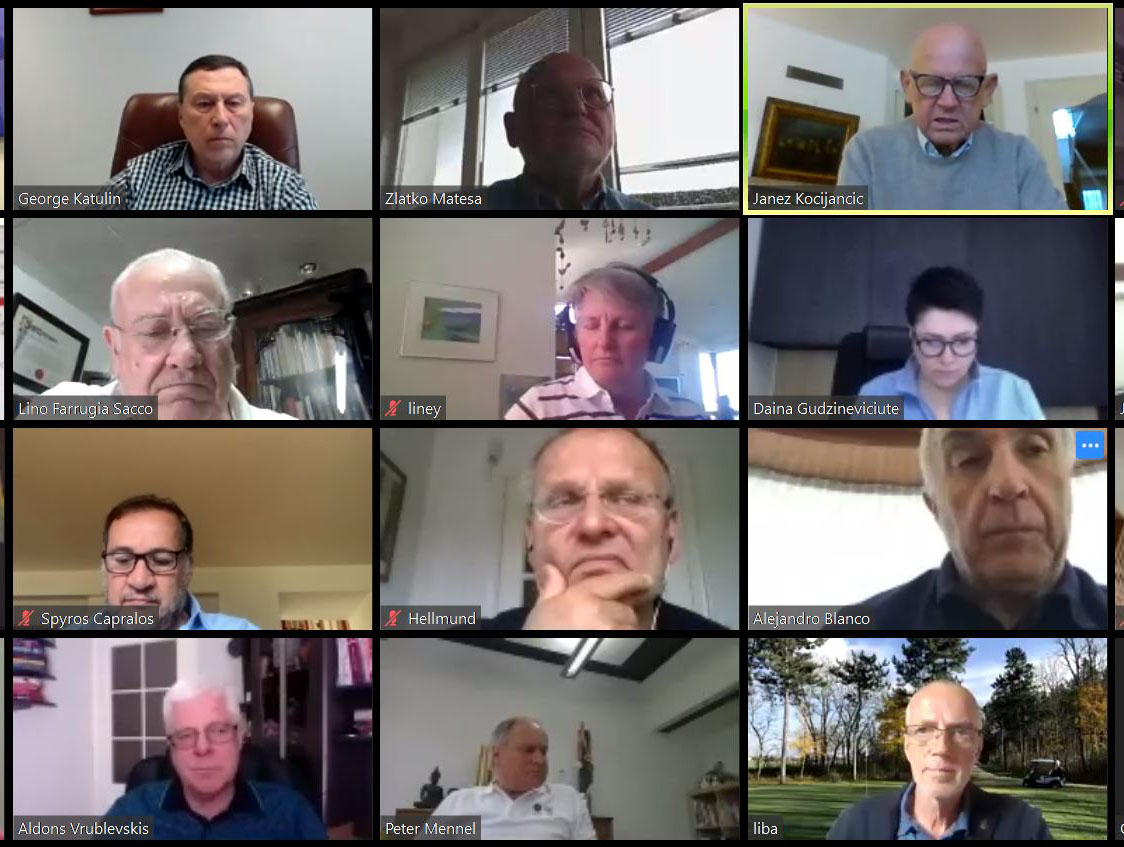 The Executive Committee of the European Olympic Committees (EOC) held its second meeting of 2020 on 29 April via teleconference to discuss a number of important matters, in particular the impact on sport from the COVID-19 pandemic and measures to deal with the fallout.

Chaired by EOC President Janez Kocijančič, the meeting focused primarily on the current state of sport in Europe and ways to assist the 50 European National Olympic Committees (ENOCs).

The ExCo pledged its full support for the policies and guidance put forth in a letter sent earlier in the day by International Olympic Committee (IOC) President Thomas Bach.

“As the stewards of the Olympic Movement in Europe, we need to stand strong and united behind the policies of the IOC for the benefit of sport and our athletes,” said President Kocijančič. “Let us be clear that if any ENOC is endangered, they should contact the EOC and we will do everything we can to help them in this time of crisis.”

The EOC recently surveyed the 50 NOCs of Europe to get a clearer idea of how COVID-19 was affecting their operations and athletes. The response rate was high, with 45 of the 50 ENOCs taking part. As expected, operations and finances at the participating NOCs have taken a serious blow, while access for elite athletes to training facilities has been severely impeded. More information on the survey can be found here.

The ExCo discussed the postponement of the Olympic Games Tokyo 2020 to 2021 and the repercussions this was having on the NOCs of Europe. It was noted that the IOC, through Olympic Solidarity, was already responding to the new global environment by adapting its programmes and working methods while increasing funding available to Olympic Movement stakeholders.

The ExCo received updates on the 2023 European Games and the 2021 European Youth Olympic Festivals.

While preparations continue for the 3rd edition of the European Games in Krakow and the Malopolska region of Poland in 2023, those for the Summer EYOF 2021 in Banská Bystrica, Slovakia, will be postponed by a year due to the calendar conflict stemming from the rescheduling of the Olympic Games Tokyo 2020 to 2021.

“The European Youth Olympic Festival is extremely important for the youth of Europe and we are very thankful to the organisers of Banská Bystrica 2021 and the government authorities in Slovakia for their flexibility and commitment to the festival,” said EOC Secretary General Raffaele Pagnozzi. “We are confident the EYOF will be a great success in Slovakia when they are eventually held and will act as a true celebration of youth and renewal following the coronavirus pandemic.”

The 2021 Winter EYOF, meanwhile, remains set for February in Vuokatti, Finland. The ExCo heard updates on the relocation of the ski jumping and Nordic combined events to Lahti, Finland.

The EOC, through its office in Brussels and together with the NOC of Croatia and the SHARE initiative, recently produced a position paper aimed at ensuring that sport organisations are fully eligible for support under relevant European Union funding schemes directed to overcome the coronavirus crisis. The document was initially endorsed by 44 organisations, including 18 NOCs, before receiving the support of both the European Commission and the European Council on 22 April.

To benefit from existing and planned funding schemes on the European and national levels, it is now up to the NOCs and National Federations to enter into or step up negotiations with national and regional governments to ensure that full access for sport organisations to the funds is safeguarded.