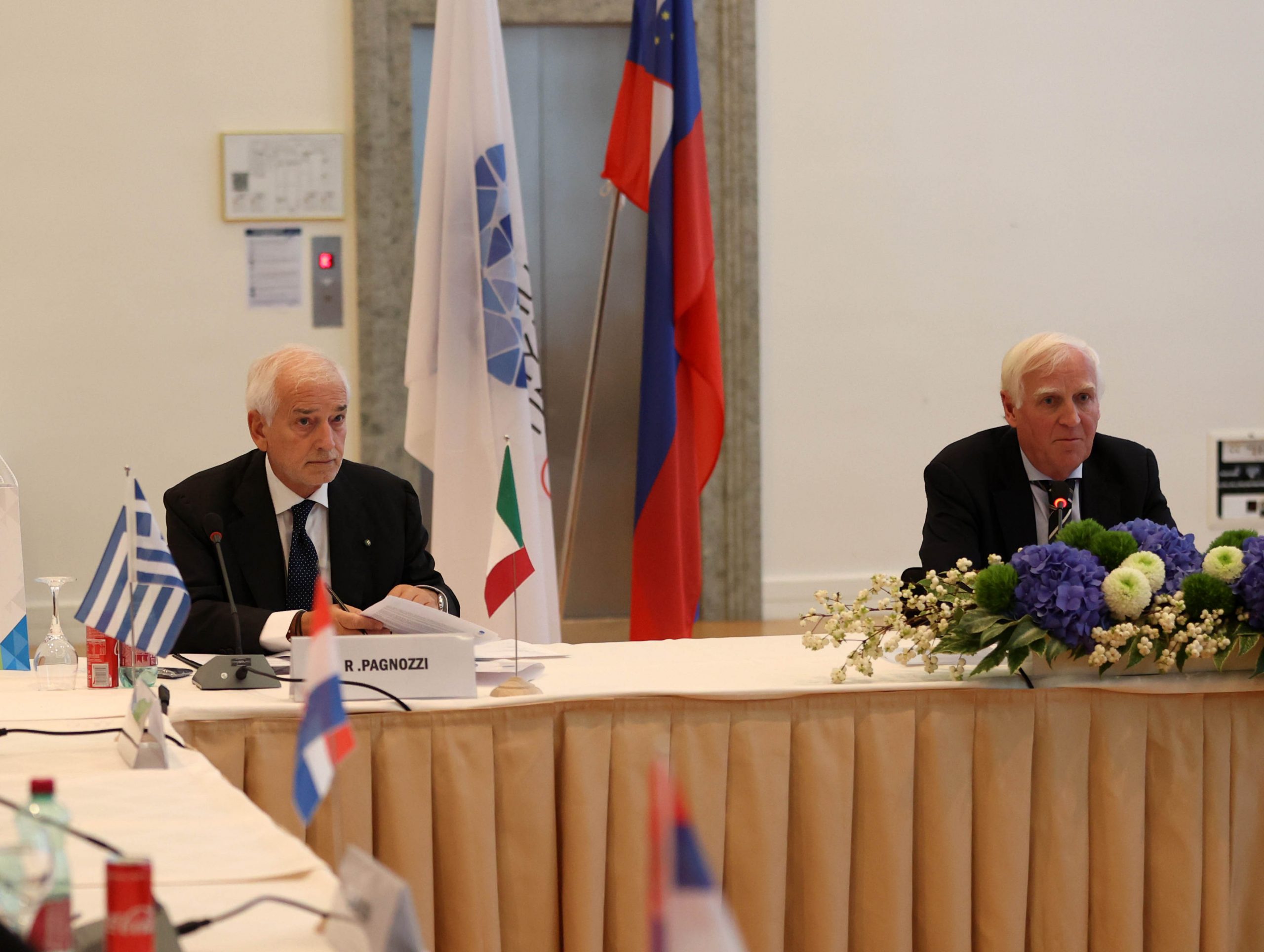 The Executive Committee of the European Olympic Committees (EOC) held its seventh meeting of 2020 yesterday in Ljubljana, Slovenia, taking a number of important decisions for the benefit of European sport while dealing with the continued fallout from the COVID-19 pandemic.

It was the first meeting held in person since the start of the pandemic, although due to travel restrictions and other measures aimed at limiting the transmission of the coronavirus, a number of ExCo members joined the meeting remotely.

“It has been a very productive couple of months for the EOC,” said Acting President Niels Nygaard, noting the importance in particular of the progress being made with regard to the European Games Krakow-Malopolska 2023. “Our meeting last weekend with members of all levels of Polish government and the Polish Olympic Committee was especially fruitful, and we are impressed by the energy and enthusiasm they are bringing to the project.”

Coordination Commission Chairman Hasan Arat delivered an update on the preparations for the third edition of the European Games, and also underscored his appreciation for the strong commitment shown by the Polish delegation at the meeting in Rome on 12 September. In addition to agreeing to a preliminary list of 23 sports – the most ever at a European Games – a roadmap is now in place to facilitate the next important steps in the organisation of the continent’s premier multi-sports event.

The EOC became the first continental Olympic association to distribute the aid to NOCs struggling with the postponement of competitions, in particular the Olympic Games Tokyo 2020 to 2021.

“We worked diligently for many months to not only get the aid quickly to the NOCs that need it most, but to ensure that we were also being as equitable as possible,” said Pagnozzi. “Thanks to the ExCo Members and our administration in Rome, I think we struck an excellent balance. We hope the funds will help our member NOCs get through this difficult period.”

Focus also centred on the 49th EOC General Assembly, which will take place in Rome on 27 November after being rescheduled from Istanbul at the end of October due to the uncertainty and organisational issues caused by the pandemic. The General Assembly will be asked to vote on a possible change to the EOC Articles of Association and approve the audited 2019 financial statements and 2021 budget, which were both given stamps of approval by the ExCo today.

To avoid ambiguity and bolster the EOC’s position with the IOC, ANOC and International and European Federations, an early vote for EOC President by the full General Assembly has been suggested. This would first require a change to article 13.6 of the EOC Articles of Association. Should the proposed amendment be agreed to by the General Assembly this November, an early election for President could take place at the end of February 2021. Delegates to the General Assembly will be able to attend – and vote – online or in person.

The Executive Committee considered two proposals: one from the International Testing Agency (ITA) to manage the EOC anti-doping programme for the European Games and European Youth Olympic Festivals (EYOF), and another from the Global Esports Federation to enter into a cooperative agreement. Both proposals were well-received and talks with each organisation will continue.

The many activities being undertaken by the EOC Office in Brussels were also presented, with a special nod to the EOC’s Tone Jagodic, who was recently named Vice-Chair of the Enlarged Partial Agreement on Sport (EPAS) Consultative Committee. Other topics of interest included the office’s COVID-19 recovery actions and EU funding.

A team from the Slovenian NOC, meanwhile, provided a presentation on the safe and effective return to sports after injuries for elite athletes.

The ExCo, together with International Olympic Committee (IOC) President Thomas Bach, finished its day at a charity event hosted by the Miroslav Cerar Foundation that raises funds for athletes from socially disadvantaged families and helps young athletes hindered from making proper sporting progress due to material circumstances