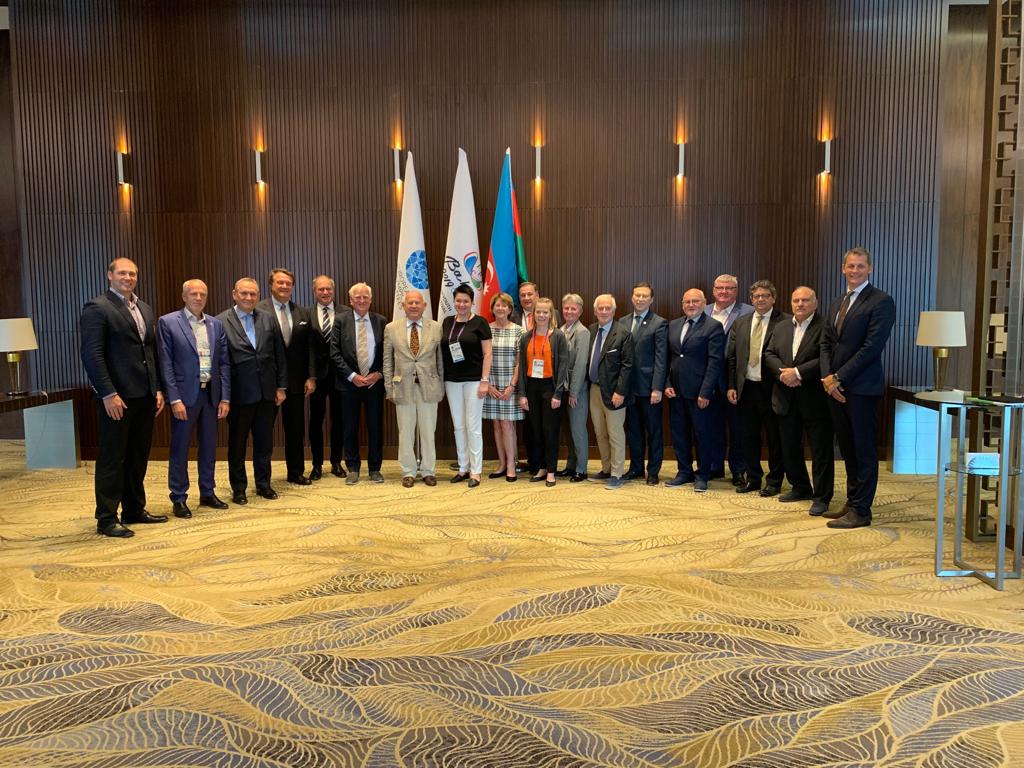 The Executive Committee of the European Olympic Committees (EOC) held its third meeting of 2019 today during the European Youth Olympic Festival (EYOF) in Baku, Azerbaijan.

The ExCo, led by EOC President Janez Kocijančič and Secretary General Raffaele Pagnozzi, discussed a range of issues, including the revision of the EOC Articles of Association, the sports programme for future European Games and EYOFs, the 48th EOC General Assembly to be held in Warsaw from 25-26 October and the 10th Athletes Forum in Dublin on 6-7 December.

“Being here in Baku is the culmination of one of the most important years ever for the EOC, after successful editions of the Winter EYOF in February, the Games of the Small States of Europe in May, the European Games last month and now the Summer EYOF this week,” President Kocijančič said. “This proves how Europe is confirming its leading position not only in terms of results at the Olympic Games but also when it comes to the organisation of multi-sports events.

“I take this opportunity to thank all my colleagues on the Executive Committee, especially the CoCom Chairs, for their continued commitment to sport in Europe and securing a bright future for the EOC.”

It was announced that ExCo Member and Vice-President of the Turkish Olympic Committee Hasan Arat has been named Chair of the EOC Coordination Commission for the 3rd European Games, to be held in Krakow and the Malopolska Region of Poland in 2023. The full composition of the CoCom will be determined in due course.

The ExCo discussed and approved with some amendments a draft of revisions to the Articles of Association, which are being simplified and modernised to become better aligned with the Olympic Charter and reflect the increased professionalism of modern sports organisations.

The proposed revisions shorten and clarify the structure of the EOC into three clearly defined sections: 1) Who we are; 2) How we function; and 3) Our events.

The draft will be shared with all 50 European National Olympic Committees and approved at the next EOC General Assembly.

A presentation on recent activities of the EOC’s European Union office included discussions on the growing collaboration with the EU and Member Nations regarding the safeguarding of the European sports model and revenue streams for sport, in particular at the grassroots level.

Updates on EYOFs were also provided on Baku 2019 and Banská Bystrica 2021. An analysis on how to further improve the first and leading European youth multi-sport event was also conducted by the ExCo Members.