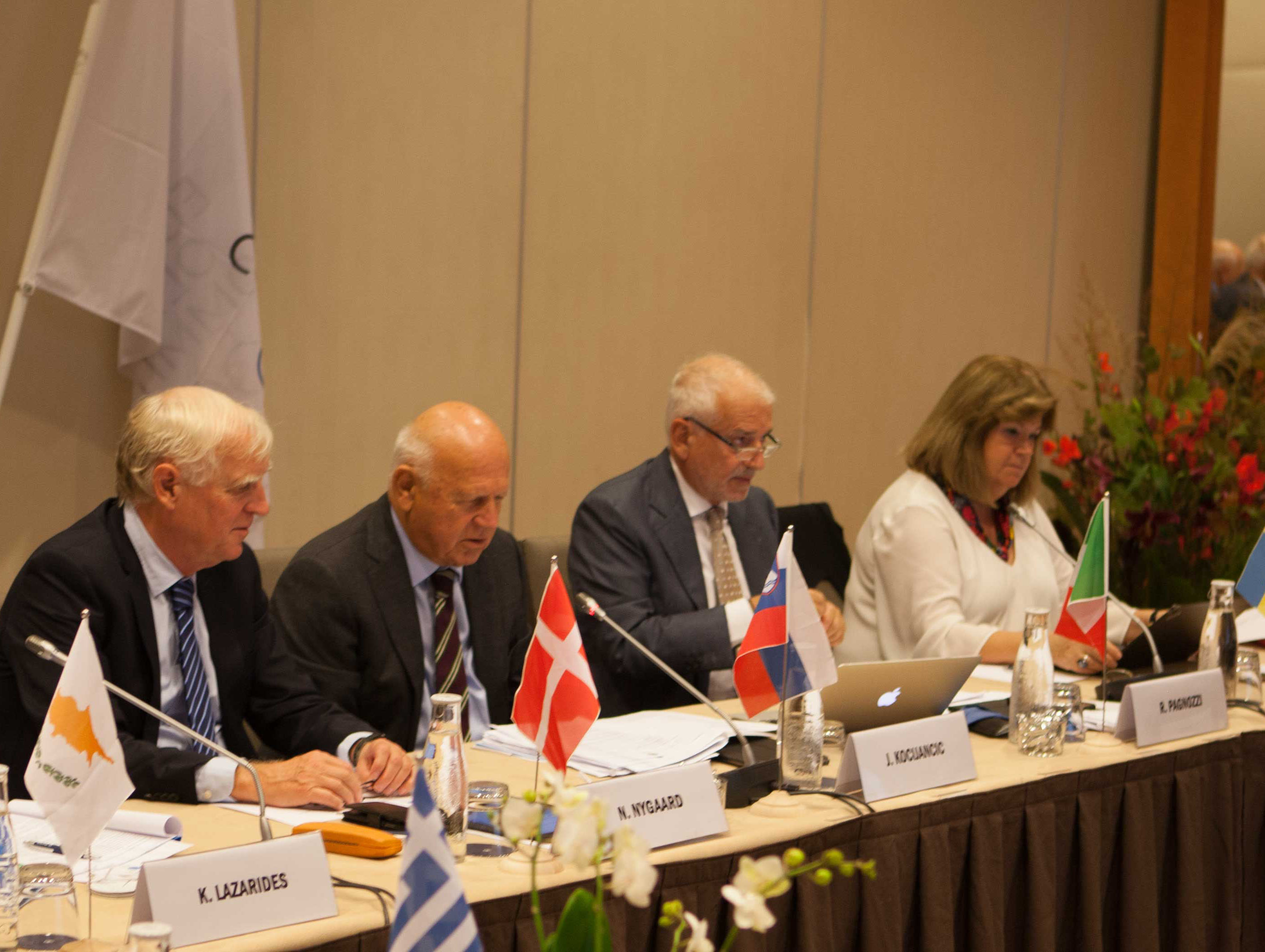 The EOC Quadruka – comprised of EOC President Janez Kocijančič, Vice President Niels Nygaard, Secretary General Raffaele Pagnozzi and Treasurer Kikis Lazarides – outlined the range of activities being undertaken by the organisation, with a strong focus on the EOC flagship events, editions of which will all take place in 2019.

The agenda for the one-day meeting included discussions on a variety of matters related to the European Games, as well as reports from the EOC Commissions and Working Groups, European Union matters, and preparations for the Summer and Winter editions of the European Youth Olympic Festivals in Baku and Sarajevo & East Sarajevo next year.

The state-of-the-art venues that will host the 2nd edition of the European Games in Minsk next year were one of the highlights of the report on Minsk 2019 by Coordination Commission Chair Spyros Capralos and Minsk European Games Organising Committee (MEGOC) CEO George Katulin, who provided the Executive Committee with a full update on the progress of preparations.

The highlight of the gathering was the announcement of the launch of the bid process for the 3rd edition of the European Games in 2023. “We can confirm we have already had interest from all over Europe, including numerous Western countries,” President Kocijančič stated. “It is a demanding challenge, but we want to offer cost-efficient, sustainable Games at the level of quality second only to the Olympic Games.”

The host city of the 2023 European Games is set to be announced at an extraordinary EOC General Assembly to be held the day before the Minsk 2019 Opening Ceremony. This will allow the new host city to attend, and learn from, the second edition of the Games.

The 4th and final Executive Committee meeting of the year will take place on the eve of the 47th EOC General Assembly in Marbella, Spain from 9-10 November. The Order of Merit, Laurels and the winner of the Piotr Nurowski Prize will be awarded during the meeting.