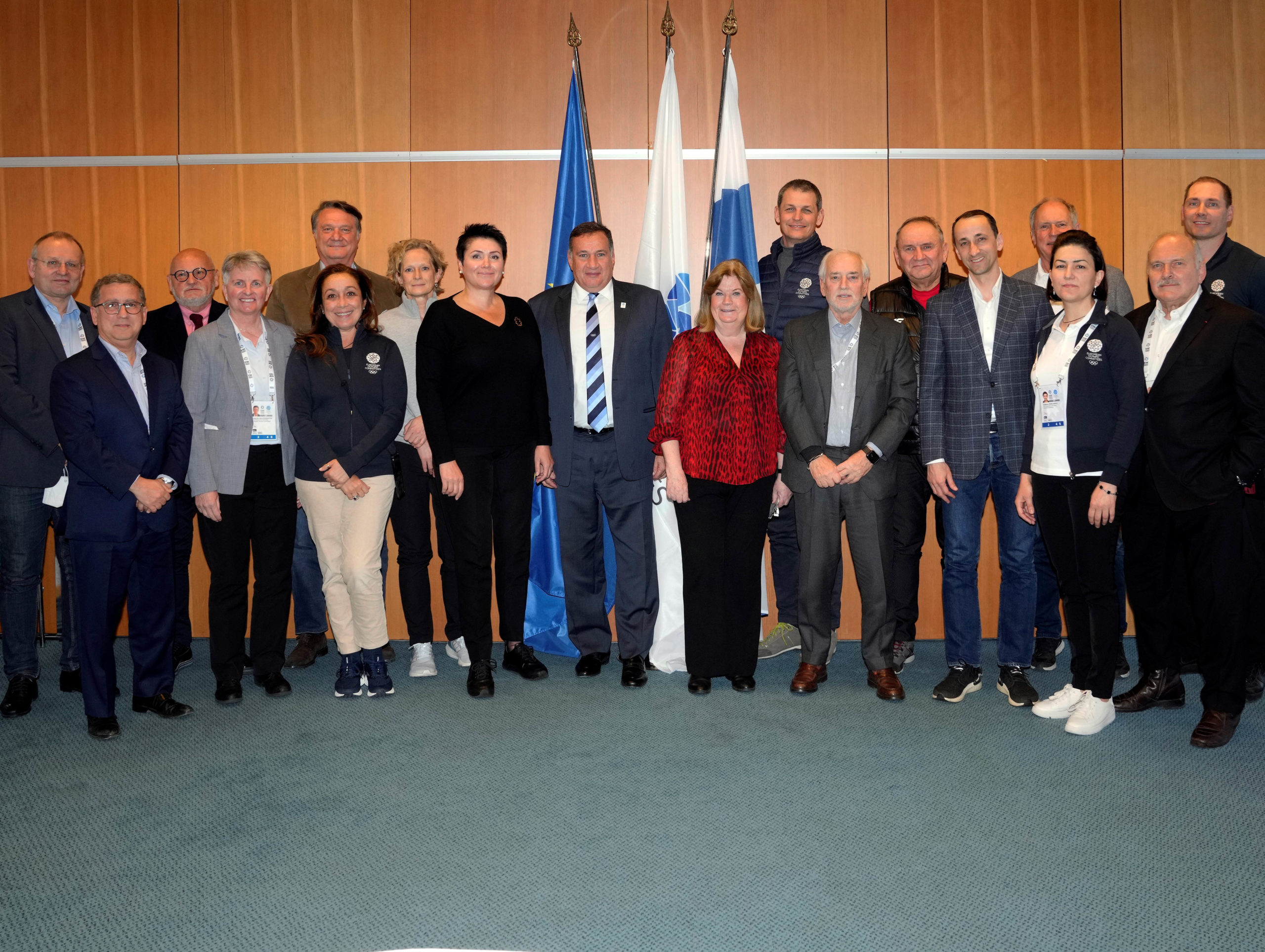 The Executive Committee (ExCo) of the European Olympic Committees (EOC) has met during the 2022 European Youth Olympic Festival (20-25 March) in Vuokatti, Finland. The meeting began with President Spyros Capralos reaffirming the EOC’s firm solidarity with the people of Ukraine and the organisation’s hope for peace to urgently prevail.

President Capralos invited President of the National Olympic Committee (NOC) of Ukraine and IOC Member Sergey Bubka to address the EOC ExCo. Mr Bubka joined the meeting virtually from Lausanne, where he is coordinating all elements of the humanitarian assistance provided by the Olympic Movement to the Ukrainian Olympic community and sports movement.

Mr Bubka’s emotional and passionate speech referenced the resolute spirit amongst Ukrainian athletes and their strong motivation to continue competing internationally. Mr Bubka thanked the EOC for its role in coordinating support for Ukrainian athletes, especially the 25 young stars competing in this week’s EYOF Vuokatti 2022.

This was the first official meeting of the EOC ExCo since the Olympic Winter Games Beijing 2022. The EOC ExCo expressed their congratulations to the NOCs of Europe for returning home with approximately 70% of the overall number of medals, registering an increase of +8% compared to PyeongChang 2018. On the eve of the Winter EYOF, it was also commended that 12 of the gold medallists in Beijing were former EYOF champions, highlighting the critical importance of the event in athlete development.

EOC President Spyros Capralos said, “We discussed many key points today that will help shape our continent’s sporting future, and I am pleased with the outcome of our meeting. However, it is hard to take our minds away from what is happening in Ukraine right now and my heart goes out to everyone affected by this humanitarian crisis. Hearing my good friend and colleague Sergey Bubka speak about the incredible effort he is making to support his people was very moving. At the EOC, we will continue to do everything we can to assist him and the people of Ukraine.”

EOC Secretary General Raffaele Pagnozzi added, “This is the first time many of us have seen each other since Beijing 2022, which was another major success story for Europe. In Vuokatti this week we will unearth the stars of the future and we wish everyone competing the best of luck. We also must recognise that the outlook for our continent since Beijing 2022 has changed in an unimaginable way. We are praying for peace, and until that day comes we will keep doing all that is possible to support the Ukrainian Olympic community.”

Following the ExCo meeting, members held a virtual meeting with Margaritis Schinas, Vice-President of the European Commission, and Commissioner for ‘Promoting our European Way of Life’. The meeting helped build on the productive discussions earlier this month when EOC and IOC representatives discussed the future of sport with Vice-President Schinas. During today’s meeting, Vice-President Schinas provided an update on the EU’s policy to support Ukrainian refugees and thanked the EOC for the leading role it is playing to promote tolerance and peace.

Vice-President Schinas then expressed the EU’s unwavering commitment to defend and promote the European Sport Model and noted he is heartened and encouraged by the work of the EOC and its Athletes’ Commission to uphold this cornerstone of the model of society for Europeans.

The EOC ExCo also held a dedicated EOC Strategic Agenda 2030 workshop. The EOC General Assembly approved this key project in November 2020, with the intention of creating a clear roadmap for the future of European Olympic sport, while fostering closer cooperation between the EOC and the 50 ENOC. Phase 1 of the project, an NOC consultation, conducted and completed in 2021.

The workshop was focused on Phase 2 of the project, which is the development of the strategy. ExCo Member and EOC Strategic Agenda 2030 Working Group Chair Djordje Visacki will now use today’s discussions and collaborate with Working Group members to further develop the strategy. This will then be presented again to the EOC ExCo, before being shared with NOCs in advance of the EOC General Assembly 2022 in Skopje, in June.