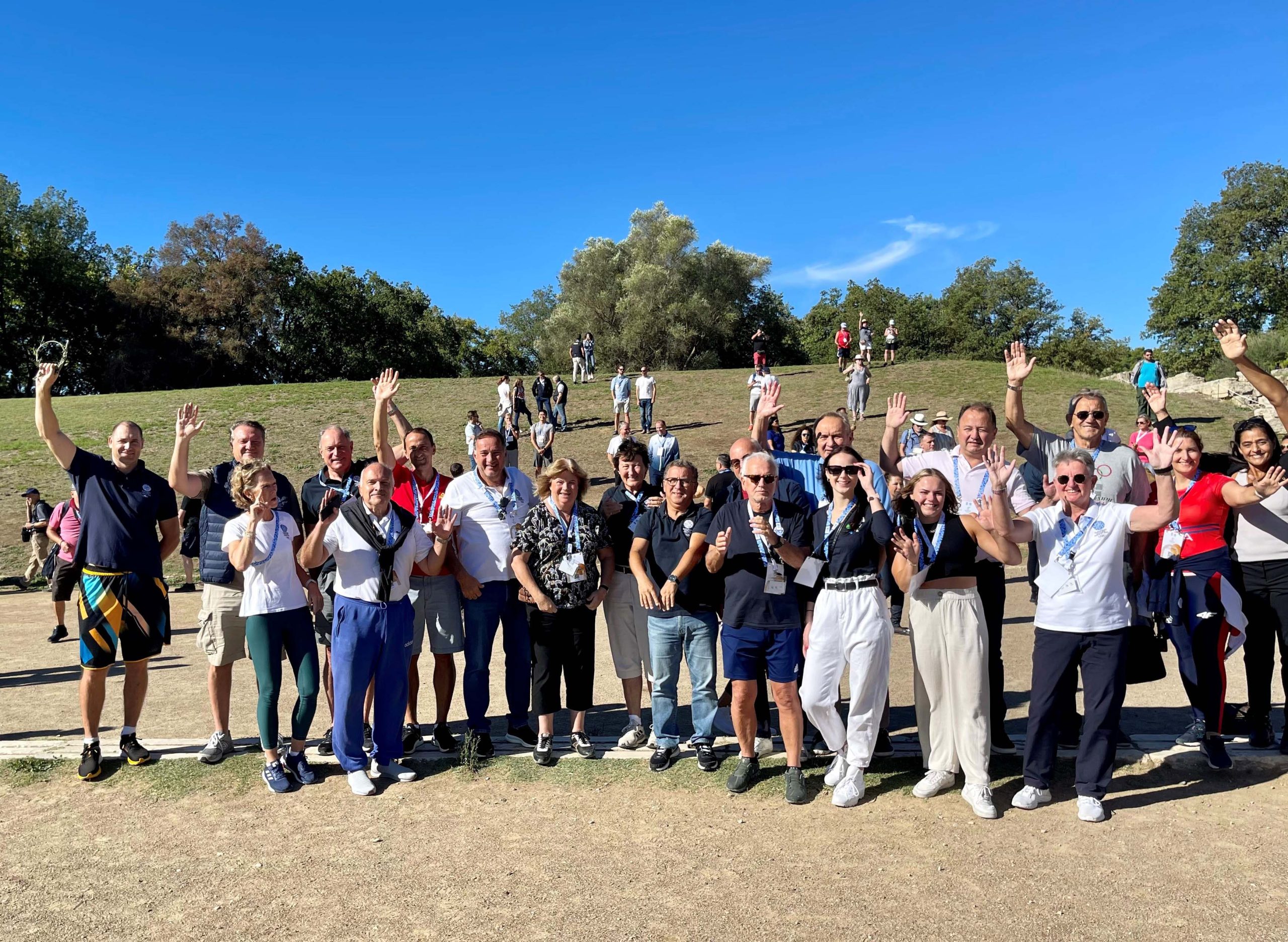 The European Olympic Committees (EOC) Executive Committee (ExCo) took part in a relay at the Ancient Olympic Stadium ahead of the 42nd EOC Seminar in Olympia, Greece, starting today, 30 September 2022.

The relay took place after ENOC delegates were taken on a tour of Ancient Olympia, one of the most significant ancient Greek sanctuaries. The tour included a visit to the ancient Olympic stadium, which first hosted the Olympic Games in 776 BCE.

President of the EOC Spyros Capralos said, “It was fantastic to take part in this relay at the ancient Olympic stadium to end the European Week of Sport. It is a unique location and it is a special place that everyone involved in the Olympic Movement should visit. You can feel the presence of its incredible history all around you.”

Vice President of the British Olympic Association (BOA) and EOC ExCo member Annamarie Phelps stated, “I feel like a champion. It is an amazing privilege to be here when you consider the historic surroundings and what it means for the Olympic Games. It is important to encourage everyone to be active because it is good for our health, but also to set an example for future generations.”

The first day of the 42nd EOC Seminar will begin today. You can read more about the topics that will be discussed here.