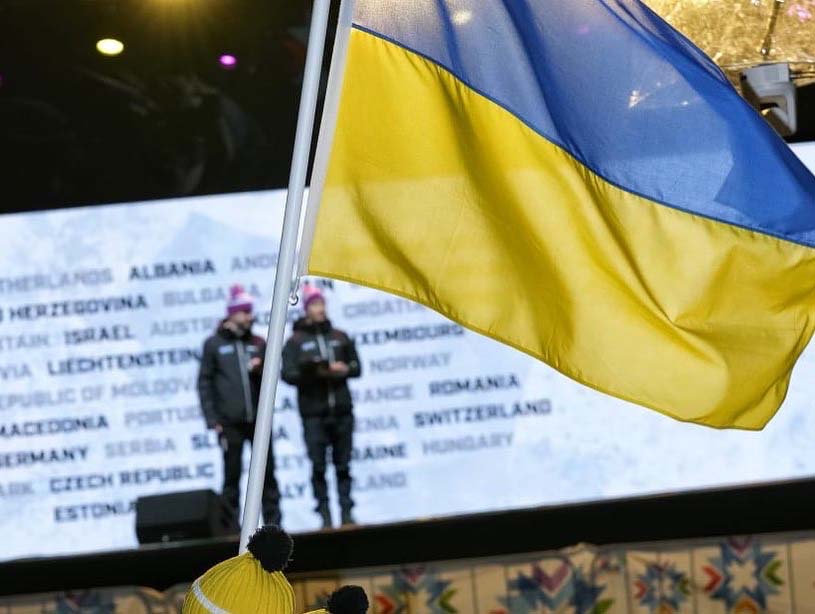 EOC expresses gratitude to European NOCs for their support of Ukraine

The EOC extends its heartfelt thanks to the European National Olympic Committees (ENOCs), following their concerted effort to provide support and show solidarity with the Ukrainian Olympic community.

The EOC family first showcased its firm commitment to helping Ukrainian athletes when it came together to ensure a team of 25 young stars were able to compete at the Winter European Youth Olympic Festival (EYOF) Vuokatti 2022. The Finnish Olympic Committee in particular played a key role in making this possible, supplying training equipment and providing logistical support.

Since then, there have been numerous examples of the ENOCs going above and beyond to help their friends from Ukraine. National Olympic Committee of Ukraine President and IOC Member Sergey Bubka, who has been coordinating the IOC’s humanitarian assistance to the Ukrainian Olympic community, has expressed his sincere gratitude to ENOCs for their support.

Mr Bubka recently met with Italian Olympic Committee (CONI) President and IOC Member Giovanni Malagò in Rome, thanking him for CONI’s role in ensuring over 500 Ukrainian athletes from 20 sports could train in Italy by covering all expenses for an indefinite period of time. The Slovak Olympic and Sports Committee has also demonstrated strong solidarity with Ukraine, welcoming more than 400 athletes to the country that will host the 2022 Summer EYOF.

Amongst multiple other examples, the Swiss Olympic Association is working alongside several of the country’s National Federations to help guide Ukrainian athletes from their arrival in Switzerland right through to the start of a regular training programme. Meanwhile, the Slovenian NOC has introduced a range of initiatives, including preparing a project to include refugee children in programmes at local sports clubs.

On 24 – 25 April, German Olympic Sports Confederation (DOSB) President Thomas Weikert and DOSB Executive Board visited the IOC in Lausanne and had the chance to meet with Sergii Bubka to discuss the NOC ongoing support to Ukrainian Olympic Community. There are currently around 160 Ukrainian athletes staying and training at Olympic training centres in Germany as well as an additional hundred Ukrainian athletes who have found a temporary home in some of Germany’s sport clubs and federations. A support fund was also set up and currently amounts around to 250.000€ – sport clubs and federations can request money from this fund for projects that support Ukrainian athletes (e.g. to buy training equipment or to pay coaching fees).

EOC President Spyros Capralos said, “From the bottom of my heart I want thank National Olympic Committees from all across Europe. The manner in which they have responded to the war in Ukraine is a true embodiment of the Olympic values. Sport plays such an integral role in society and it is vital that we continue supporting the Ukrainian Olympic community throughout, and beyond, this crisis.

“My message to all ENOCs is to please keep doing what you are doing. Sport is a key source of light during these dark times, and as our good friend Sergey Bubka has said on many occasions – athletes can inspire others by showing the resilience of the Ukrainian people, whilst sending a message of solidarity and peace.”