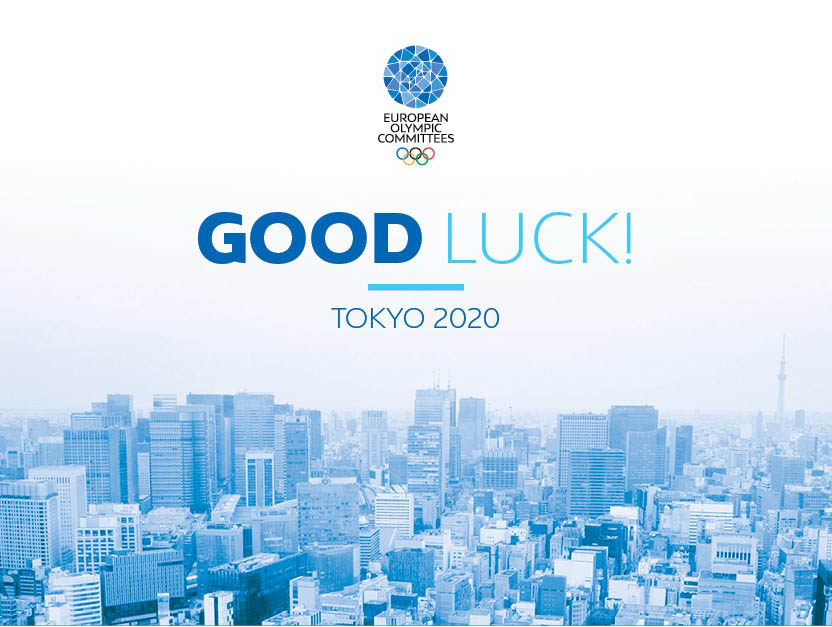 The delayed Olympic Games Tokyo 2020 officially got under way today with an emotional Opening Ceremony at the Olympic Stadium in Tokyo.

Despite a more solemn affair than Ceremonies of the past, it was no less special for the athletes who entered the stadium as part of the Parade of Nations for the XXXII Olympiad, watched by millions across the globe.

Europe will be represented at these Games by more than 5,000 athletes, led by Germany with the largest delegation of 420 athletes. Andorra is the smallest European delegation with two athletes.

All 50 European National Olympic Committees (ENOCs) were represented at at the Opening Ceremony, whose theme was “Apart, but not Alone,” with one female and one male athlete jointly carrying their nation’s flag for the first time ever.

To see the full list of flagbearers for the 205 NOCs and the IOC Refugee Olympic Team click here.

The evening had no lack of spectacular elements, with segments featuring Japanese culture and paying heed to the sensitivities of the COVID-19 pandemic. The unwavering passion and determination of the athletes to achieve their Olympic dreams have brought inspiration and a sense of connection to others facing adversity.

“Today is a moment of hope, finally we are all here together. This is the unifying power of sport. We express all our appreciation and respect for our gracious hosts the Japanese people. On behalf of all the Olympic athletes, I want to express our deepest gratitude. We thank all the many unsung heroes who have contributed to contain the pandemic and all the volunteers” said International Olympic Committee (IOC) President Thomas Bach. “With so much uncertainly for you the athletes, you have inspired all of us and you are true Olympians.”

The Olympic cauldron was lit by tennis star Naomi Osaka, ending a 121-day journey for the Olympic flame that started with the Tokyo 2020 Olympic Flame Lighting Ceremony at the ruins of the Temple of Hera in Ancient Olympia, Greece on 12 March 2020.

After Japanese Emperor Naruhito officially declared the Games open, the Opening Ceremony concluded with fireworks in the colours of the Olympic rings.

EOC President Spyros Capralos (GRE) led the messages of support for the European athletes. “It has been a long time and there have been many sacrifices that you have made for us to be able to come together again for an Olympic Games. It is a privilege for me to see so many European Athletes here in Tokyo and I wish you all the very best of luck in these Games.”

Over the next 16 days we will all be following and supporting our European athletes in Tokyo. Stay tuned to follow all the news from Tokyo!