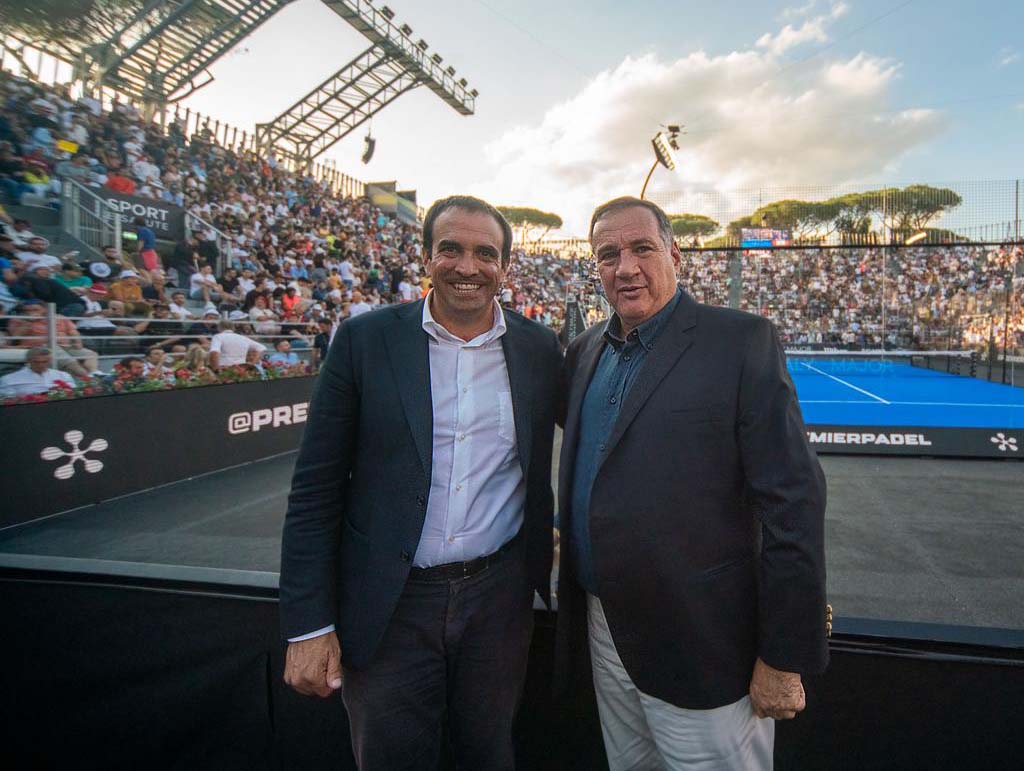 EOC President Spyros Capralos and Secretary General Raffaele Pagnozzi attended the Italy Major Premier Padel final in Rome on 29 May, ahead of the rapidly rising sport’s debut at the European Games in 2023. 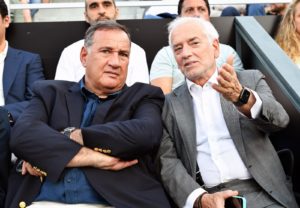 The historic Foro Italico played host to a week of spectacular action, in what was the first time the Italian capital had hosted an elite international padel competition. In front of a sell-out crowd of over 7,000 people, a party atmosphere took over as the two highest ranked teams in the world faced off in Sunday night’s final.

The all-Spanish team of Juan Lebrón Chincoa and Alejandro Galán entered as slight favourites over Spain’s Paquito Navarro and Argentina’s Martin Di Nenno. However, it was the number 2 ranked team that took the opening set 6-4, with Navarro and Di Nenno repeatedly bringing the crowd to their feet with some unthinkable shots.

Lebrón and Galán responded with some magic of their own and nearly two hours into the match they secured the second set 7-5. With the momentum firmly on their side, the number one seeds managed an early break of serve and then never looked back, taking the final set 6-4 to become crowned the first Italy Major Premier Padel champions. 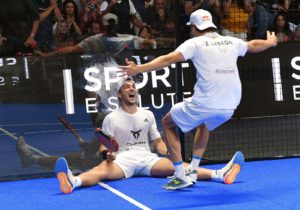 After the final EOC President Spyros Capralos said, “It is clear to see why padel is developing so quickly around the world, both in terms of participation and fan base. It has everything a sport should be, it is fast-paced, entertaining, and engaging for fans. It is important to the EOC that we welcome fast-growing and youth-focused sports like padel at the European Games and I am really looking forward to seeing what it brings to Poland.”

International Padel Federation President Luigi Carraro added, “We could not have asked for a better showcase of padel than today’s final. Throughout the week the standard has been exceptionally high and the crowds have been in fine voice. But today both of these things reached an even greater level and it is a match that will be remembered for a long time. It was an honour to host our first major event in Rome, a city where padel is reaching new people every day. I am delighted that EOC President Spyros Capralos and Secretary General Raffaele Pagnozzi were able to attend such an exciting match, and I can assure them that they will see more of the same at the European Games! I am very grateful for the EOC’s trust in padel and we cannot wait to make our debut at the Games next year.”

The Italy Major Premier Padel was an International Padel Federation Category 1 competition, and will return to Rome next year just a few weeks before it features at the European Games in Poland (21 June – 2 July 2023).