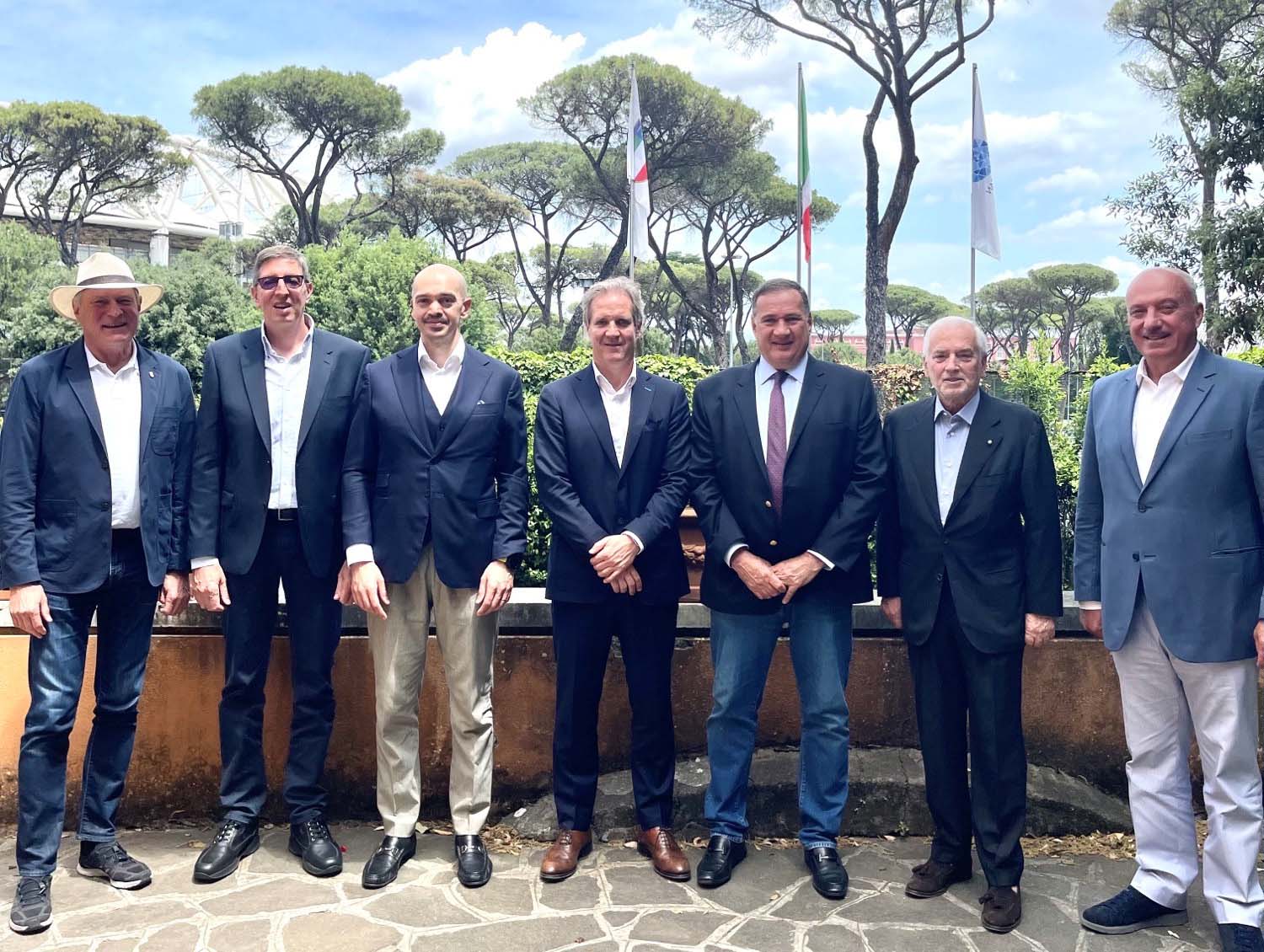 EOC President Spyros Capralos, Secretary General Raffaele Pagnozzi, and Treasurer Peter Mennel welcomed three delegations to the EOC Headquarters in Rome ahead of the Flame of Peace Ceremony for the European Youth Olympic Festival Banská Bystrica 2022 on 30 May 2022.

The leadership of the EOC met with National Olympic Committee and Sports Confederation of Denmark President Hans Natorp and the NOC’s Head of EU and International Affairs Martin Juhl Madsen. President Natorp, who competed at the Olympic Games Seoul 1988 in sailing, was visiting the EOC office in Rome for the first time since his election as NOC President in June 2021. 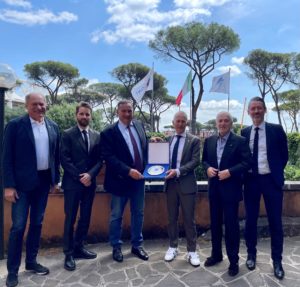 The EOC also welcomed a delegation from the Maltese Olympic Committee, with discussions focused on next year’s Games of the Small States of Europe in Valletta (28 May – 3 June 2023). NOC President Julian Pace Bonello and Secretary General Kevin Azzopardi represented the Maltese delegation during the positive talks. 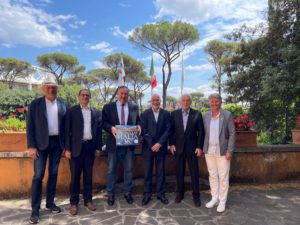 Finally, the EOC was delighted to meet with the leadership of European Aquatics (LEN) ahead of the sport’s inclusion in multiple EOC events in the next year, including the European Games 2023. LEN President Antonio Da Silva, Vice President Kyriakos Giannopoulos, and Executive Director Gianni Minervini were welcomed to Rome for a highly productive meeting.

All three delegations were invited to attend the Flame of Peace Ceremony last night, where EOC President Spyros Capralos handed over the Torch and The Dea Pax Golden Olive Tree sculpture to Mayor of the host city Banská Bystrica and Organising Committee President Jan Nosko, as well as NOC of Slovakia President Anton Siekel.