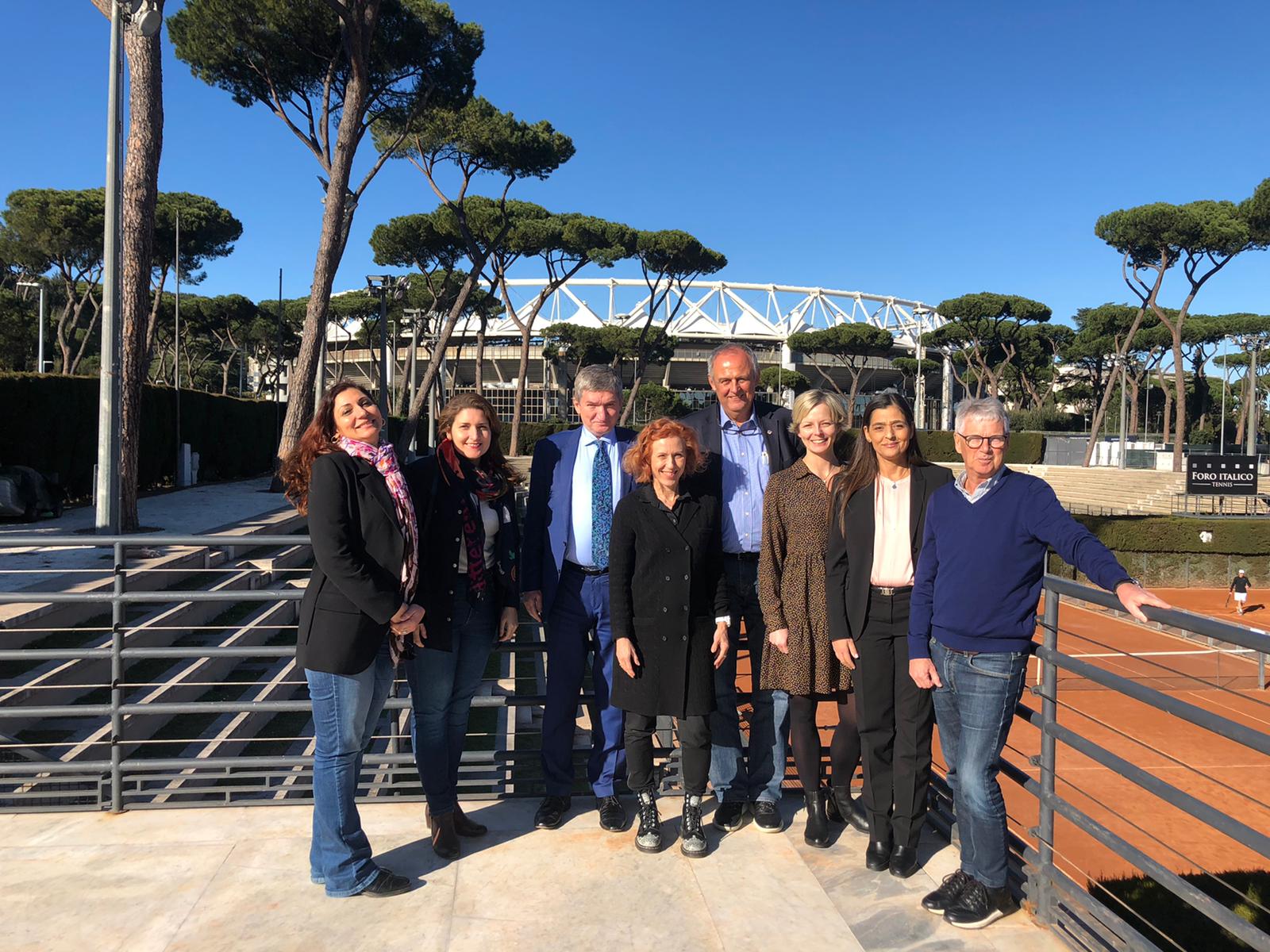 The EOC Olympic Culture & Legacy Commission held its annual meeting at the EOC Headquarters in Rome on 6 February 2020. Chaired by Vice President of the Finnish Olympic Committee Susanna Rahkamo, the Commission reviewed all the work carried out over 2019 and put forward new plans for the future.

One of last year’s highlights was the European Young Ambassadors (EYA), an educational programme that brought together young people from all over Europe who were tasked to foster the Olympic values during the European Youth Olympic Festivals (EYOFs).

“I am very satisfied with the past work of the Commission, which is highly motivated and passionate” Rahkamo said. “Now we are concentrating on how we can improve the EYA and find the best system to select the future ambassadors.”

The EYAP – which took place at both 2019 Winter and Summer EYOFs respectively in Sarajevo, Bosnia & Herzegovina and in Baku, Azerbaijan – included educational and recreational activities/games aimed at inspiring athletes to act in solidarity and mutual respect on and off the field of play.

“Being EYA Program Leader for EYOF Baku, during the meeting I reported on the outcomes of the programme and gave some recommendations for the future editions,” said Natasa Jankovic, Member of the Commission. “The discussions were very fruitful and we managed to come up with some new ideas in order to improve our programme.”

“Special attention was given to the selection and the education process of future Ambassadors. In the following months we will work hard in order to launch joint EYA program for EYOF Vuokatti and Banska Bystrica,” Jankovic also added.

The Commission is now in the phase of preparing a proper action plan for the future EYOFs in Vuokatti, Finland (Winter) and Banska Bystrica, Slovakia (Summer) in 2021.