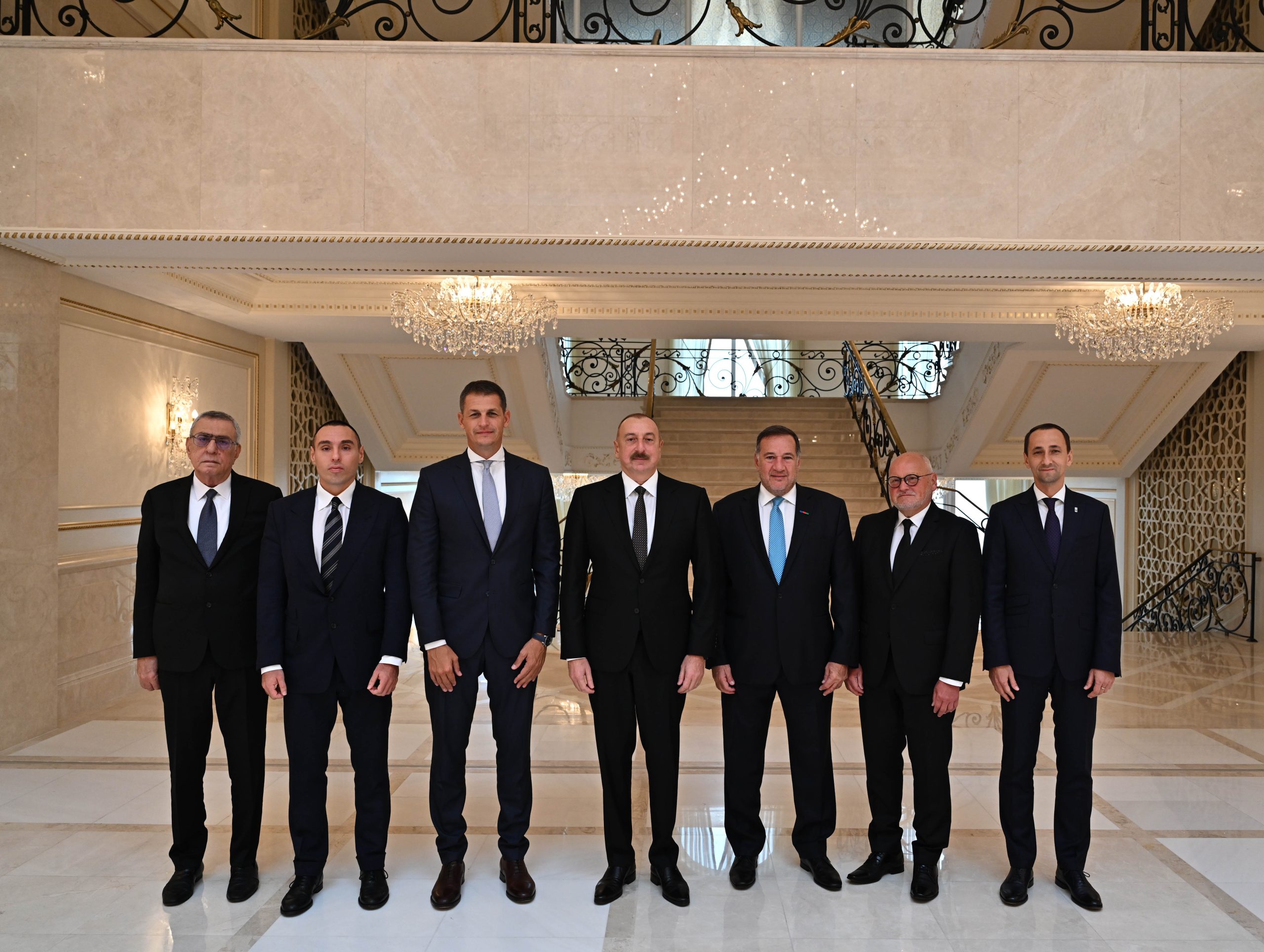 The National Olympic Committee of the Azerbaijani Republic welcomed guests in Baku, including a delegation from the European Olympic Committees (EOC) led by President Spyros Capralos, to engage in a variety of festivities to mark the organisation’s 30th anniversary from 10-12 November.

Representatives from around the continent gathered for a welcome dinner on the first evening. An EOC delegation had the opportunity to meet with the President of the Republic of Azerbaijan, Ilham Aliyev to discuss the development of sporting infrastructure and current initiatives being implemented in the country.

On the second day, guests observed the historic landmarks of Baku during a sightseeing tour of the city and were entertained by a dynamic art exhibition that highlighted the incredible progress of sport in the country over the past 30 years.

In the evening, a special concert was organised for guests to enjoy some local music before the 30th anniversary Gala Dinner took place.

During his speech at the Gala Dinner, President Capralos remarked on the success of the inaugural European Games held in the country’s capital in 2015, stating, “Over the past three decades, Azerbaijan has been at the heart of European sport. Together, we made history with the first ever European Games in Baku in 2015. This magical event helped guide the European Olympic Movement into an exciting new era. In turn, I believe that together we were able to show the world your sporting capabilities.”

President Capralos emphasised the impressive achievements by Azerbaijani athletes during the Olympic Games Rio 2016, “18 medals, which equates to 37% of the medals ever won by athletes from the National Olympic Committee of the Azerbaijani Republic came at the Olympic Games Rio de Janeiro 2016, just one year after the European Games in Baku. It is clear that the focus on the success of your team here in 2015 had a very positive impact on performances in Rio.”

The National Olympic Committee of the Azerbaijani Republic has held celebrations across the country throughout 2022. The celebrations have commemorated the special occasion and highlighted the increasing sporting success of the country, particularly since hosting the European Games in 2015. Across the last two Olympic Games and the 2019 European Games, Azerbaijan won a total of 51 medals, an achievement which was acknowledged by those attending the events.

Four years after hosting the European Games, Azerbaijan staged the biggest Summer European Youth Olympic Festival in the event’s history, in doing so, they demonstrated their continued commitment to inspiring future generations through sport.”