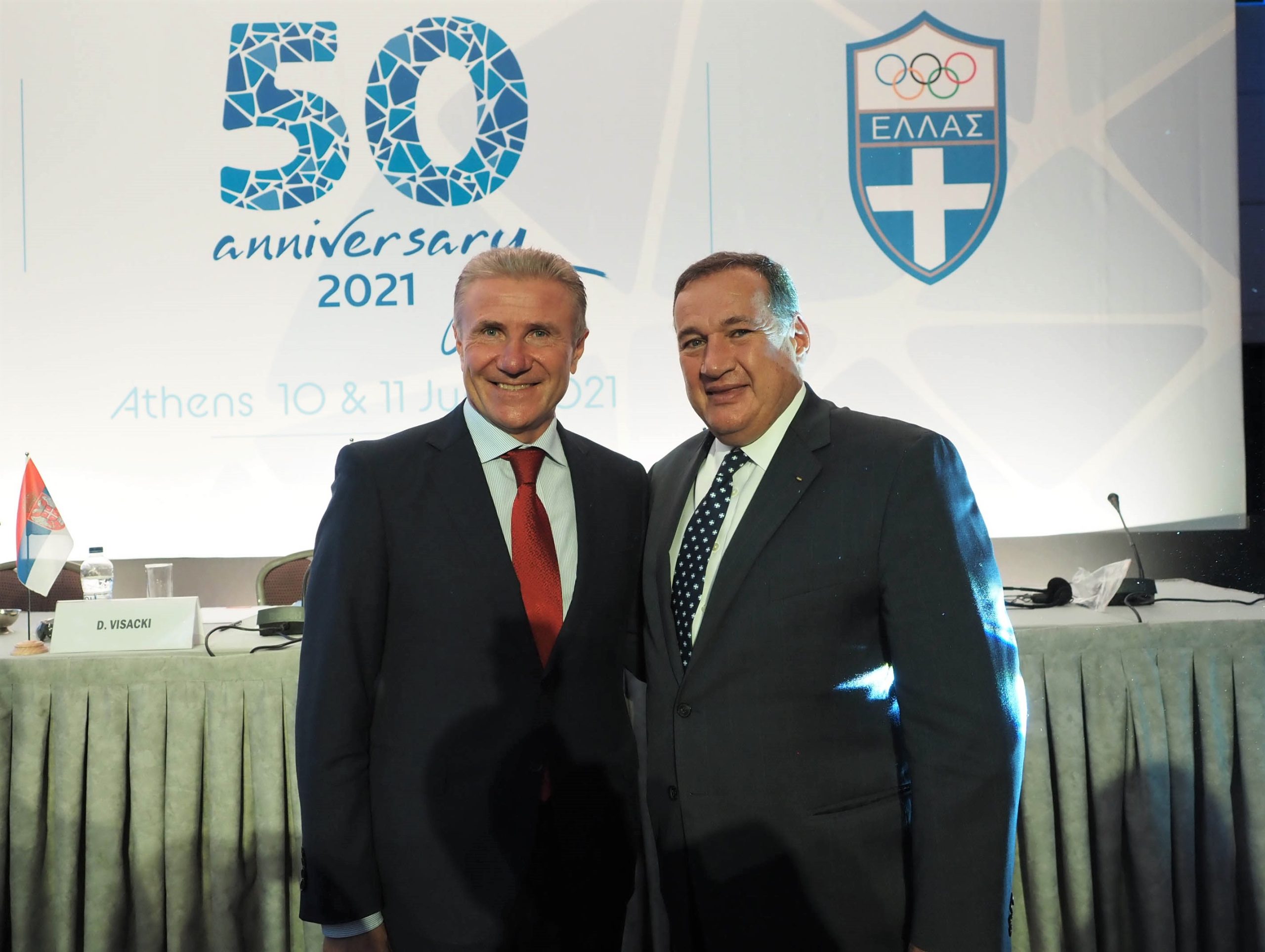 EOC President Spyros Capralos and Secretary General Raffaele Pagnozzi paid tributes online to outgoing President of the National Olympic Committee of Ukraine Sergii Bubka for his commitment and dedication to the development of the NOC and the wider Olympic Movement.

After 17 years as President, Bubka decided not to present himself for re-election and has stepped down as President of the NOC.

Bubka stood down as President at the NOC of Ukraine General Assembly on 17 November, declaring that he wanted his time, energy and attention to be focused on the International Olympic Committee’s Solidarity Fund. The fund supports Ukraine’s Olympic community in response to Russia’s invasion of the country.

Addressing the General Assembly, President Capralos thanked Bubka on behalf of the EOC:

“I must commend my dear friend and colleague President Sergii Bubka for the critical role he has played both here in Ukraine and on an international level. His dedication to ensuring athletes can continue to achieve their dreams in spite of the war, and in doing so bring light in a time of darkness, is a reflection of the great man that he is.”

Holding up the plaque that the EOC awarded to Bubka, President Capralos went on to say, “I know there is still so much that lies ahead for you in the Olympic Movement and I look forward to this journey. Allow me to offer you a plaque for your outstanding contribution to the European Olympic Movement. And to all my friends in the Ukrainian Olympic Community, I would like you to know that you are making everyone in the European Olympic Family very proud, and we are by your side at all times.”

The General Assembly went on to elect the new President to replace Bubka, with Ukrainian Sports Minister Vadym Guttsait, the 51-year-old Olympic fencing gold medallist, being elected with an overwhelming majority.

EOC Secretary General Pagnozzi extended his congratulations to Guttsait saying, “The EOC looks forward to continuing our close relations with the NOC of Ukraine and to working with you in the future.”