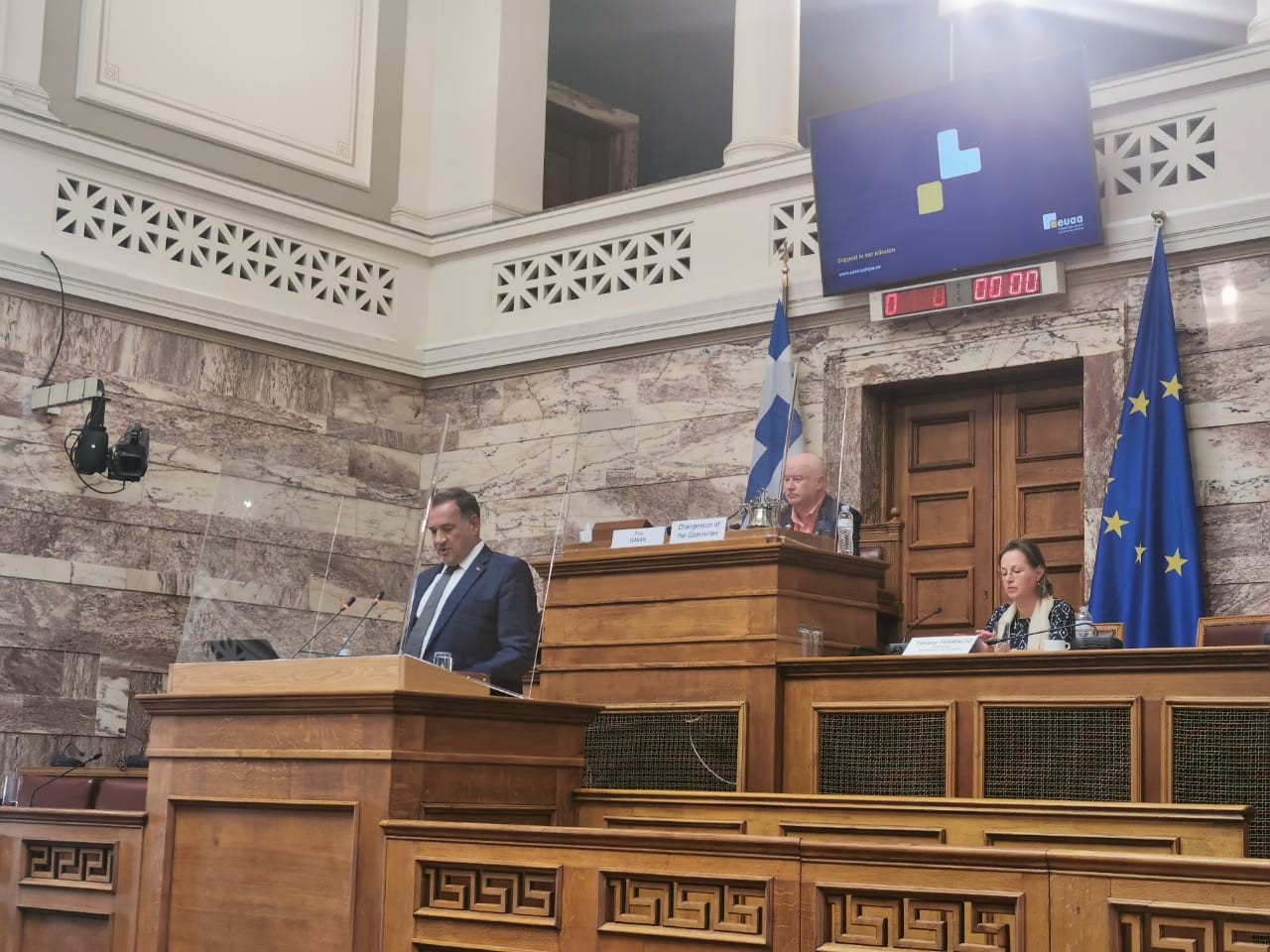 European Olympic Committees (EOC) President Spyros Capralos took part in the Meeting of Council of Europe Parliamentary Assembly in Athens, Greece, where he spoke about the social inclusion of migrants, refugees and internally displaced persons through sport.

Among the key topics discussed featured the European solidarity in the migration and asylum context, integration of migrants and refugees and the benefits for all parties involved and the Council of Europe’s contribution to the implementation of the Global Compact for Safe, Orderly and Regular Migration and the Global Compact on Refugees.

In his address to the Parliamentary Assembly, President Capralos presented the key role that the National Olympic Committees (NOCs) of Europe have played in supporting the Olympic Refugee Team when stating that “21 of the 29 refugee athletes at the Olympic Games Tokyo 2020 were hosted by European NOCs”. He spoke about the two young refugee athletes who participated at events organised by the EOC and gave an update on the assistance being provided by the EOC to the Ukrainian Olympic Committee.

“The EOC is also honoured that two young refugees have competed at major European events organised by the EOC. Syrian-born athlete Molham Hawana was a member of the Austrian team at the European Youth Olympics Festival (EYOF) Banská Bystrica 2022 and competed in the boy’s javelin event. Nazret Kobodom, an Eritrean-born athlete, participated at EYOF Baku 2019 as a member of the Israeli team in the girl’s 3000m race,” he said.

President Capralos explained how the EOC collaborated with the IOC to maximise the impact of solidarity funding to the Ukrainian Olympic Community: “The solidary fund was created by the IOC, Olympic Solidarity and EOC, as well as a small task force led by the Olympic Committee of Ukraine President Sergey Bubka. $2 million was initially allocated. The EOC donated $500,000 to the fund in April to support athletes, coaches and their families. The participation costs of the Ukrainian athletes, consisting of 46 members, at the European Youth Olympics Festival (EYOF) Banská Bystrica 2022 were paid for by the solidarity fund with the contribution from the EOC.”

You can find out more about the ongoing work to support the Ukrainian Olympic Community here.