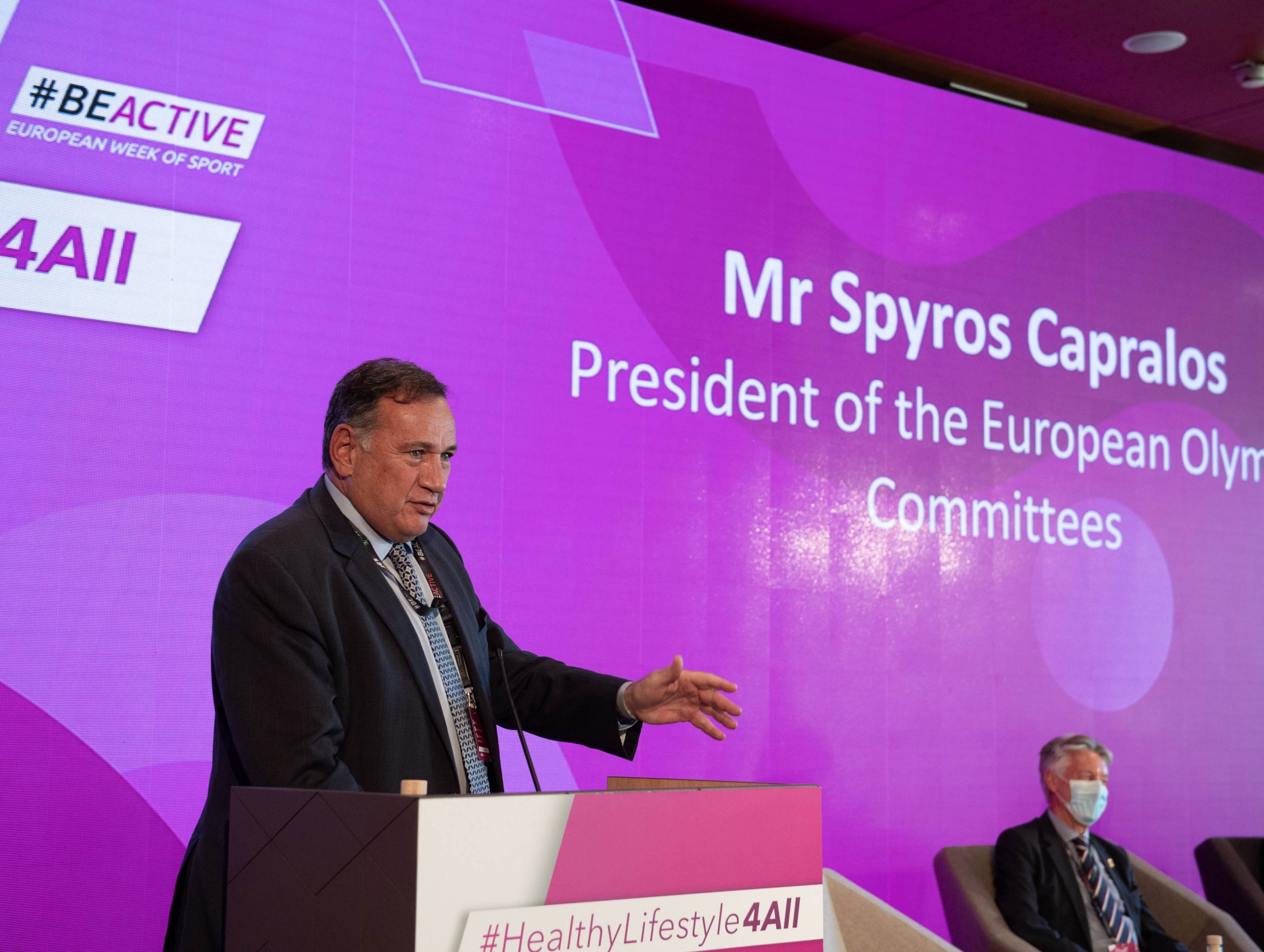 EOC President Spyros Capralos attended the high-level “HealthyLifestyle4All” event and the official opening of the European Week of Sport, which was held in Bled, Slovenia on 23 September 2021.

“It is a great pleasure to be with you today here in Bled to open the 2021 European Week of Sport,” said Capralos during the kick-off event. “This important initiative has helped combat the inactivity crisis on our continent since 2015, by encouraging Europeans to adopt healthy and active lifestyles.”

With the slogan “Let’s make difference together,” the “HealthyLifestyle4All” initiative was launched by Commissioner for Innovation, Research, Culture, Education and Youth Mariya Gabriel. It is one of the initiatives carried out within the framework of the Slovenian EU presidency, which runs between 1 July and 31 December 2021.

Commissioner Gabriel also invited all the stakeholders of the European sports movement to join the initiative and make pledges on the Commission’s Sport website. President Capralos presented and signed the pledge on behalf of the EOC:

“The EOC pledges to continue improving access to sport and increase sports participation at all levels in society. Its commitment is fully aligned with the Olympic Agenda 2020+5 focus on sport as an enabler to provide all citizens with better health and well-being and with the European Commission’s initiative namely HealthyLifestyle4All…”

A number of our European National Olympic Committees have been active supporters of the European Week of Sport for many years now.

Last year they organised a #BeActiveKids marathon in Lithuania, a #BeActiveNight in Hungary, designated a national sports holiday on 23 September here in Slovenia, and offered free trials for sports and fitness clubs in Austria, to name just a few.

About the European Week of Sport

Launched in 2015, the European Week of Sport was created in response to the worsening inactivity crisis. Despite sport and physical activity substantially contributing to the well-being of European citizens, the level of physical activity is currently stagnating and even declining in some countries.

This is why the European Week of Sport exists – to bring awareness of how important an active lifestyle is for everyone. Regardless of who we are and what we do, even slight increases in regular, physical activity can have a profound impact on our long-term health.

The Week has continued to grow year after year, encouraging ever more Europeans to embrace healthy and active lifestyles.