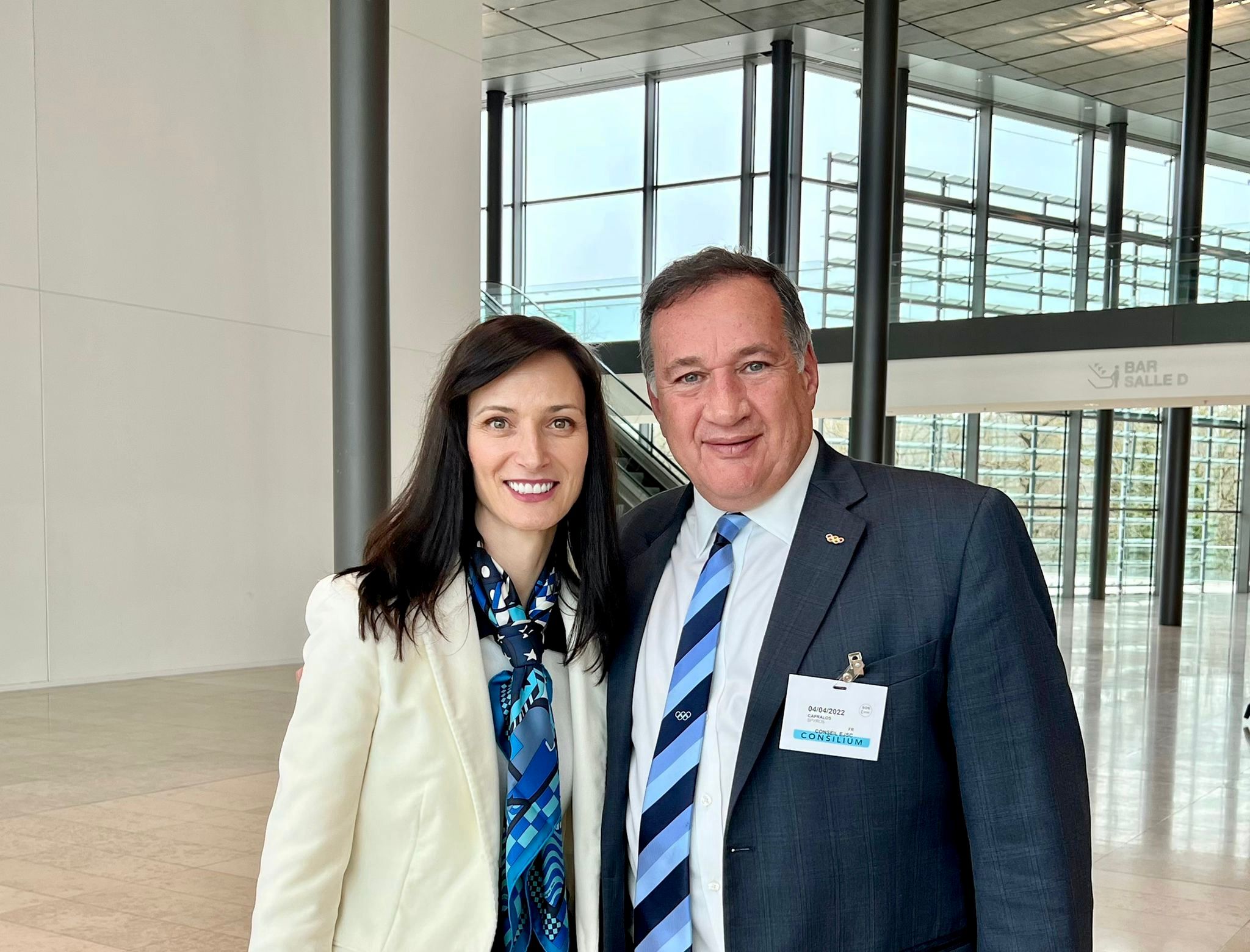 European Olympic Committees (EOC) President Spyros Capralos attended today the meeting of the European Union (EU) Education, Youth, Culture and Sport Council (EYCS) in Luxembourg, where he outlined the crticial importance of the European Sport Model to the future of sport in the continent, as well as how the model enables EU values to be disseminated amongst the next generation.

Roxana Maracineanu, French Minister Delegate for Sport, attached to the Minister of National Education, Youth and Sport, representing the French Presidency of the Council of the  European Union, delivered a speech on how sport plays a key role in transforming behaviour and promoting sustainable development. Additionally, Mariya Gabriel, European Commissioner for Innovation, Research, Culture, Education and Youth, addressed delegates, with the meeting streamed live.

After reiterating the solidarity and unity of the European Olympic Family in response of the continued humanitarian crisis unfolding in Ukraine, EOC President Spyros Capralos said: “These are key values of European society, and ones that are also pertinent to today’s discussion on the European Sport model. I am grateful for the opportunity to represent the European Olympic Committees in this important meeting, which has marked a very positive step for the future of European sport.

“At the heart of this future is the European Sport Model. We must continue to adapt, continue to innovate, and continue to find new ways to promote active and healthy living. But we must stay true to the traditional values that have shaped sport in our continent.

“Moving forward, the dialogue between public authorities, sport organisations and the commercial sector must become more organised and more regular. All of our actions must be geared towards the benefits of athletes and society at large.”

European Commissioner for Innovation, Research, Culture, Education and Youth Mariya Gabriel said: “Today’s debate was extremely enriching and I thank the French Presidency and the European Olympic Committee. By being a value-based model open to everyone, including solidarity across all levels – professional and amateur, team and individual, elite and grassroots sport – the European Sport Model is deeply rooted in our society. In such fast changing context, it is our common duty to preserve its fundamental principles: autonomy, respect, inclusion, integrity, merit and equal opportunities”.

The EYCS Council is composed of the ministers responsible for education, culture, youth, media, communication and sport from all EU member states. Today’s meeting brought together the sport ministers, whereas education and youth topics will be discussed tomorrow by the respective ministers tomorrow. Sport ministers meet usually twice a year, once under each EU Presidency, so this meeting was one of the highlights of the French EU Presidency in the field of sport.