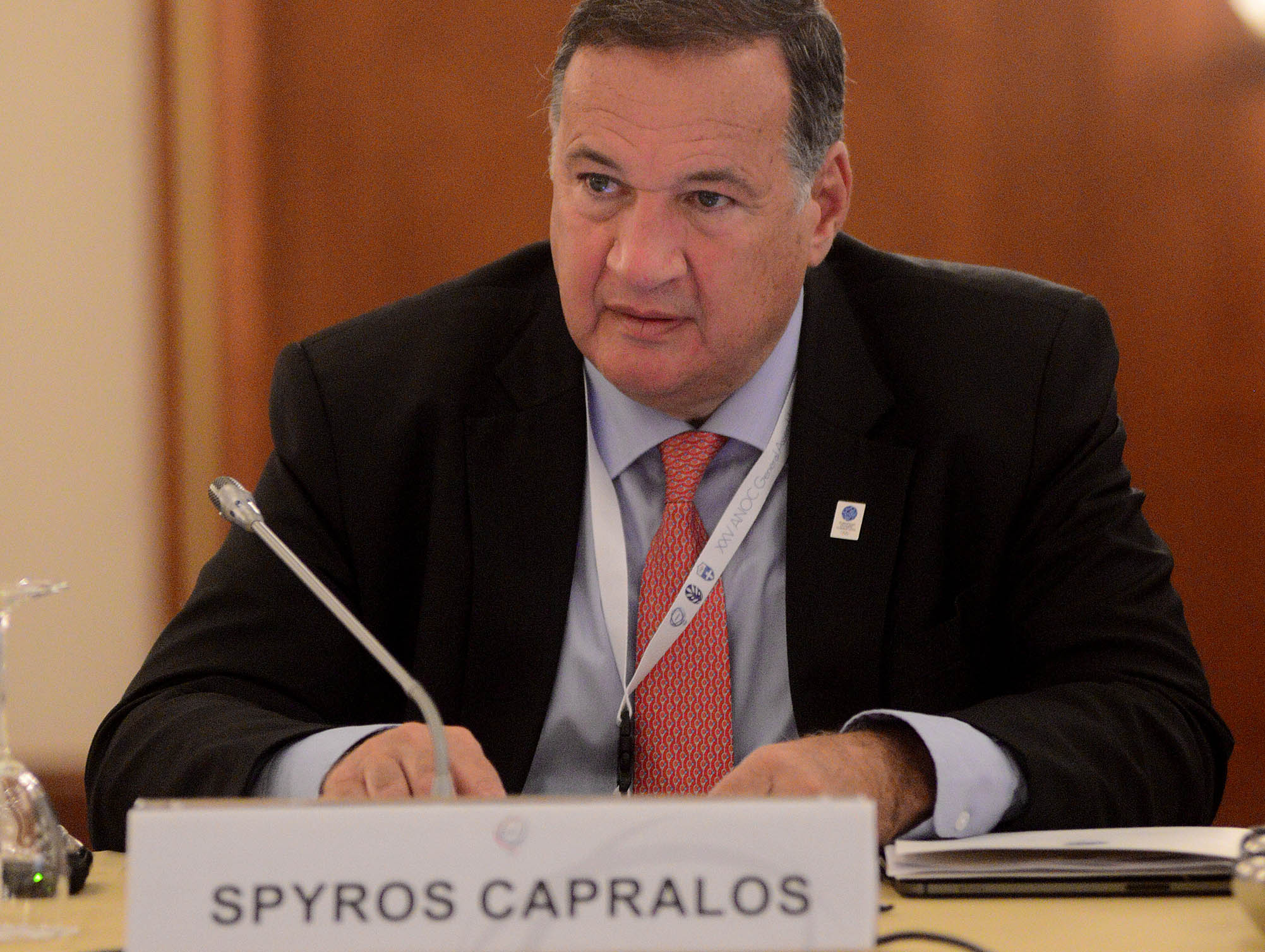 Capralos, who is also the President of the Hellenic Olympic Committee (HOC) and a Member of the International Olympic Committee (IOC), began by underscoring the need for all Olympic Movement stakeholders to stand united following the “great hardship” experienced as a result of COVID-19.

“We have lived through a period of great hardship and pain and must now gather all our strength and join together in solidarity to mend the many things that have been broken,” he said. “We must look ahead in the knowledge that the Olympic Movement is strong and resilient, and we must join forces to turn the pandemic into an opportunity to improve the way we work together.”

The EOC President then provided an in-depth look at the various activities of the continental association, which included the excellent showing from European athletes at the Tokyo 2020 Olympic and Paralympic Games, EOC policy and institutional affairs.

After congratulating the IOC and local organisers for the successful staging of Tokyo 2020, Capralos underscored Europe’s accomplishments, which included 40 of the 50 European NOCs returning home with at least one medal.

“This points to a very high standard in Olympic sport across the whole continent, which we can be very proud of,” Capralos said. “And we can be equally proud of the fact that those 40 NOCs won almost half of the Tokyo 2020 medals, showing how resilient Europe has been in the face of the pandemic.”

He added that the European Games are also proving to be a valuable springboard for athletes looking to compete at the Olympic Games. Some 27 per cent of athletes who competed at Minsk 2019, for example, were also present at Tokyo 2020, and of these 184 won medals in the Japanese capital.

In terms of policy, Capralos said the EOC continues to implement the measures outlined in the IOC’s Olympic Agenda 2020 and 2020+5, with a particular focus on good governance, including the way the EOC addresses the organisation of its sports events, the environment, the health and well-being of the athletes, and the fight against doping.

In addition to introducing a number of measures aimed at increasing transparency and accountability, the EOC has also managed to slash its overheads, cutting the percentage of administration and meetings to a record low of 17 per cent against the Olympic Solidarity-recommended ceiling of 30 per cent.

Capralos also provided updates on EOC efforts to protect clean athletes, introduce greater sustainability and flexibility in European events, and the growing importance of protecting the European Model of Sport.

He added that some positive steps in terms of gender equality at the continental association had recently been taken, resulting in 8 women being elected to the EOC Executive Committee in June.

President Capralos concluded his report with updates on the European Games Krakow-Malopolska 2023, upcoming European Youth Olympic Festivals (EYOFs), the work of the EOC Commissions and EU Office in Belgium, and recent winners of the Piotr Nurowski Prize for Best Young European Athletes.

“The Olympic Movement of Europe can, thanks also to Europe’s major vaccination campaign, look ahead to the future with confidence as we progressively pull out of the pandemic,” he told the Council. “And particularly in these difficult times, let’s not ever lose sight of our mission to make the world a better place through sport.”