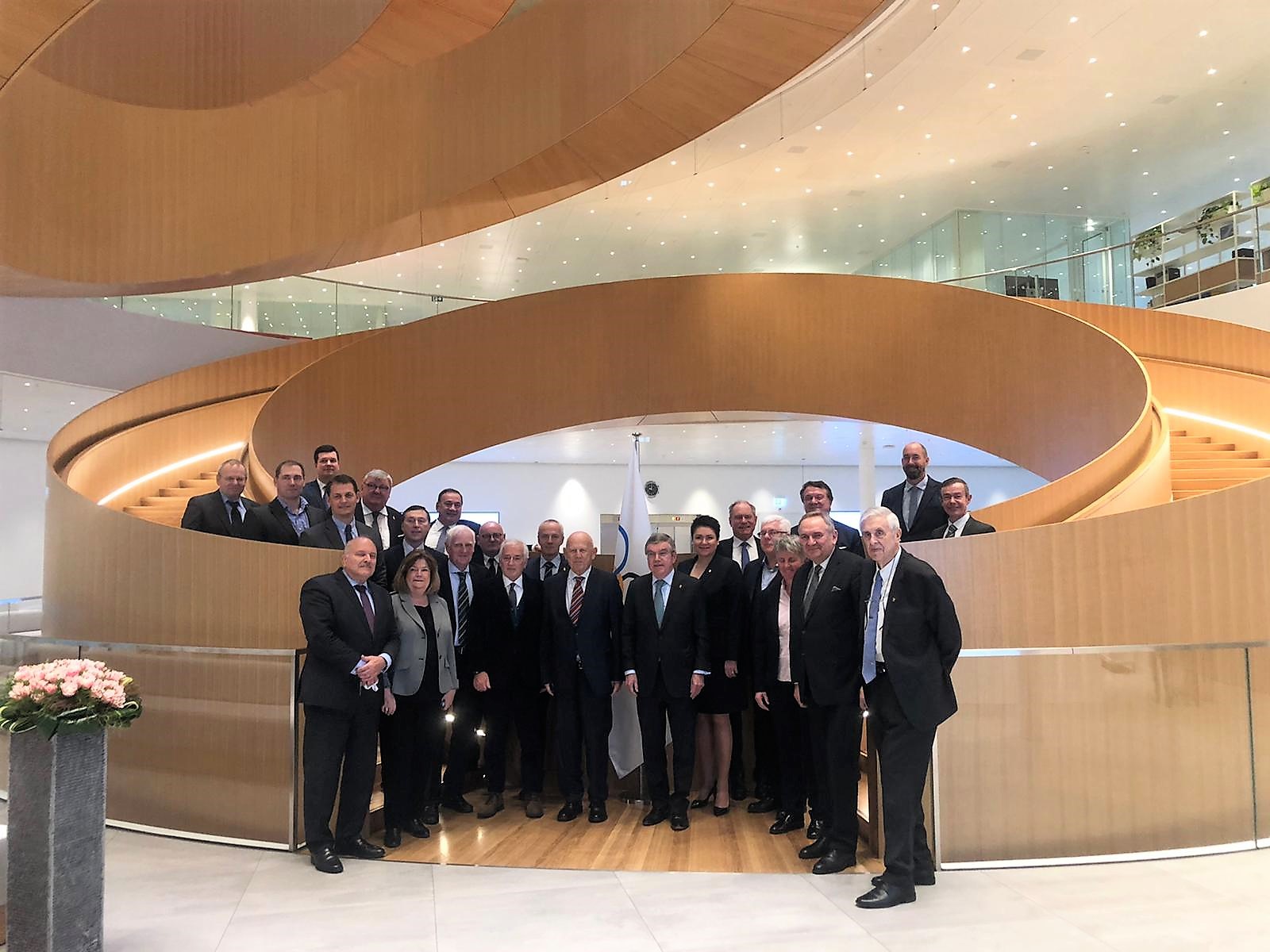 EOC President Janez Kocijančič opened the meeting by praising the work of the 50 European National Olympic Committees, the staff of the EOC, and especially the organisers of the four EOC sporting events held in 2019 (Minsk European Games, EYOF Sarajevo & East Sarajevo, EYOF Baku and Games of the Small States of Europe Montenegro).

“But it is my opinion,” Kocijančič said, “that if you do something good you can always do it better. We are responsible for the development of Olympic sport in Europe and as such we should work even harder and better [in 2020 and beyond].”

Kocijančič updated the ExCo on developments with regard to the appeal by the Russian Anti-Doping Agency (RUSADA) against the World Anti-Doping Agency (WADA) at the Court of Arbitration for Sport (CAS). On 22 January, the EOC filed a request for an intervention and subordinately an amicus curiae brief for the case to ensure that the interests of the National Olympic Committees of Europe and clean athletes in particular are duly considered.

President Kocijančič stressed that the EOC was neither on the side of WADA nor RUSADA and would remain neutral throughout. “Our presence [at CAS] will be legal only, we are not going there to make politics. It is in our own interest that justice and the rule of law prevails. The guilty should be punished and the innocent protected”

IOC President Thomas Bach welcomed the Executive Committee Members to the Olympic House and addressed a number of issues of importance to the Olympic Movement in Europe and around the world. This included the protection of the European Model of Sport, the upcoming Olympic Games Tokyo 2020 and the importance of Rule 50 of the Olympic Charter, which prohibits any kind of demonstration or political, religious or racial propaganda at the Games.

“The Olympic Games are not and must never be a platform to advance political or any other divisive ends,” Bach said. “There are certain rules that need to be respected, disrespecting them is against our values. Even if some athletes choose not to respect the rules, they should respect their fellow athletes.”

In a report from EOC Secretary General Raffaele Pagnozzi, he praised the recently concluded Youth Olympic Games Lausanne 2020, which he described as “fantastic.”

“European athletes took home an amazing 70 per cent of the medals, which, as President Bach said, underscores Europe’s dominance once again in winter Olympic sports.”

Polish Olympic Committee President Andrzej Krasnicki provided an update on preparations for the next edition of the European Games, scheduled for 2023 in Kraków and the Małopolska region. Krasnicki said that support for the Games was strong and he was optimistic the European Games would be of a very high level.

Folker Hellmund, Director of the EU EOC Office, invited all ExCo members to the 6th European Evening of Sport, which will bring together leading figures from the Olympic Movement and the European Union to discuss issues of common importance. Scheduled for 16 March in Brussels, the Evening will be attended by IOC President Bach.

“It is important to really understand and define what is meant by the specificity of sport and the European sport model,” said President Bach. “The European Evening of Sport gives us a platform to bring together European government officials in a coordinated approach to discuss the issue and ensure that it is understood and remains a priority on the agenda of the European Commission discussions.”

The ExCo approved the composition of an EOC group to strengthen ties and cooperation with the new EU College of Commissioners, which was elected in November 2019 and will be led by Ursula von der Leyen. The group will consist of ExCo Members Niels Nygaard, Zlatko Matesa and Spyros Capralos, and be supported by the EU EOC Office.

Finally, EOC Athletes’ Commission Chair Gerd Kanter told the ExCo that feedback received from last December’s EOC Athletes’ Forum was quite positive, with participants rating it 4.7 out of a possible 5 points. Over 60 athlete representatives from across the continent attended the forum in Dublin, which was jointly organised by the Olympic Federation of Ireland and the IOC.

The EOC ExCo will meet next on 14 May in Šamorín, Slovakia, a day ahead of the annual two-day EOC Seminar.