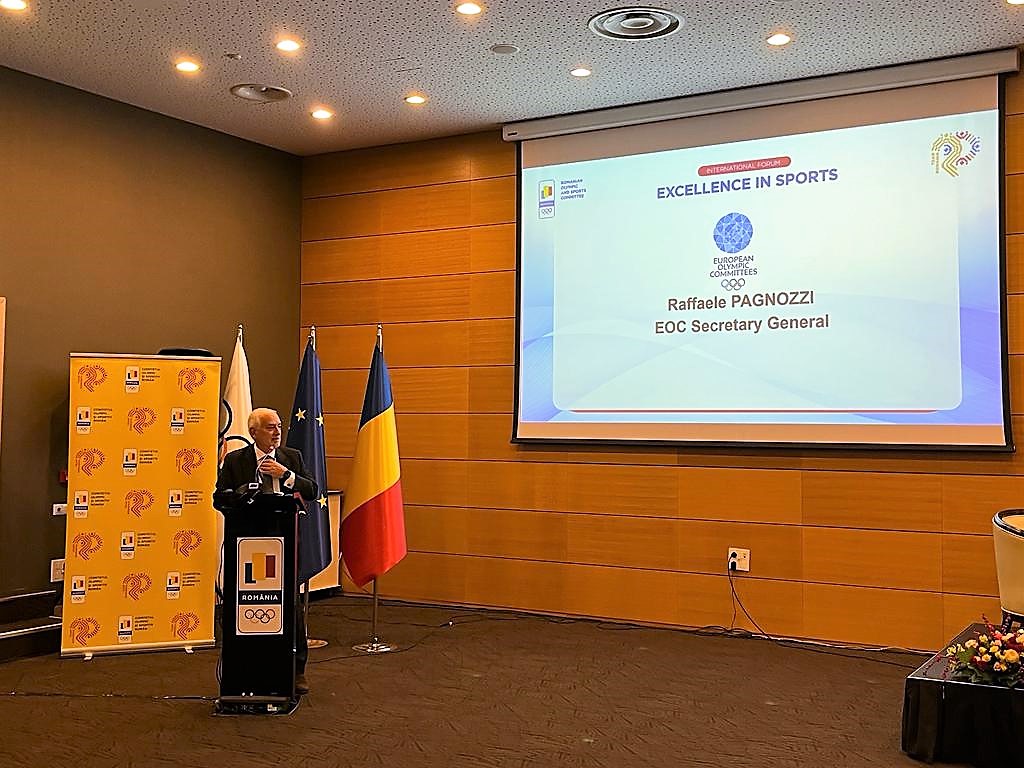 European Olympic Committees (EOC) Secretary General Raffaele Pagnozzi and Sports Director Peter Brüll took part in the Excellence in Sport Forum, organised under the auspices of the Romanian Olympic and Sports Committee, from the 21-24 November in Poiana Brașov, Romania.

The forum was split into two modules, with the first section centred around Preparing the Olympic Mission of Paris 2024 Olympic Games and the other section focused on Leadership in Sport.

During the event, EOC President Spyros Capralos delivered a virtual speech where he praised the President of the Romanian Olympic and Sports Committee, Mihai Covaliu, and President of Rugby Europe and EOC Executive Committee member, Octavian Morariu, for their outstanding leadership and contribution to the European Olympic movement.

“Romania is fortunate to have many excellent leaders in Sport. Octavian Morariu is a valued IOC Member and is also very well supported by the outstanding leadership of President Mihai Covaliu and Secretary General George Boroi. Through their leadership the Romanian Olympic community exemplifies the Olympic values of excellence, friendship, and respect, on and off the field of play,” stated Capralos.

The opening day of the conference saw Mr. Brüll deliver a presentation on the European Games Kraków-Małopolska 2023. He emphasised the significance of the event for the Romanian and European athletes on the road to the Olympic Games Paris 2024, which includes 18 Olympic qualification events and several events that will serve as European Championships. Brüll highlighted the benefits of using existing infrastructure across the different regions and described how the Coordination Commission and Local Organising Committee were working in harmony to prepare operations for the Games.

On the second day, a panel discussion on the Leadership in Sport took place and featured key-note speakers from the Olympic movement of Europe, including EOC Secretary General Raffaele Pagnozzi and EOC Executive Committee Member Zlatko Mateša. 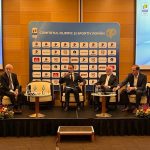 During his presentation, Secretary General Pagnozzi spoke about the role that leaders play in empowering their colleagues, inspiring change and sharing a vision that unites people from diverse backgrounds.

“An important part of a leader’s job is to understand the skills and abilities of the various members of the team and try to put them to the best possible use, both individually and collectively.

“This is no easy task, as it requires managing different personalities, expectations, degrees of interpersonal competitiveness. Understanding that people approach tasks differently due to their personality, education and life experiences is a vital aspect of what makes a leader successful,” said Pagnozzi.

Additionally, he explained the importance of developing the European Sports Model and highlighted the EOC’s relationship with the European Union (EU) as a crucial factor in aligning the core sporting values of Europe.

“The EOC has an excellent relationship with the EU thanks to the work of its leadership and our EU Office in Brussels, but it is imperative that the Olympic Movement of Europe maintains its side of the pact by being immaculate in its values and ideals. All of us must be more than diligent in applying our values and principles every day,” said Pagnozzi.