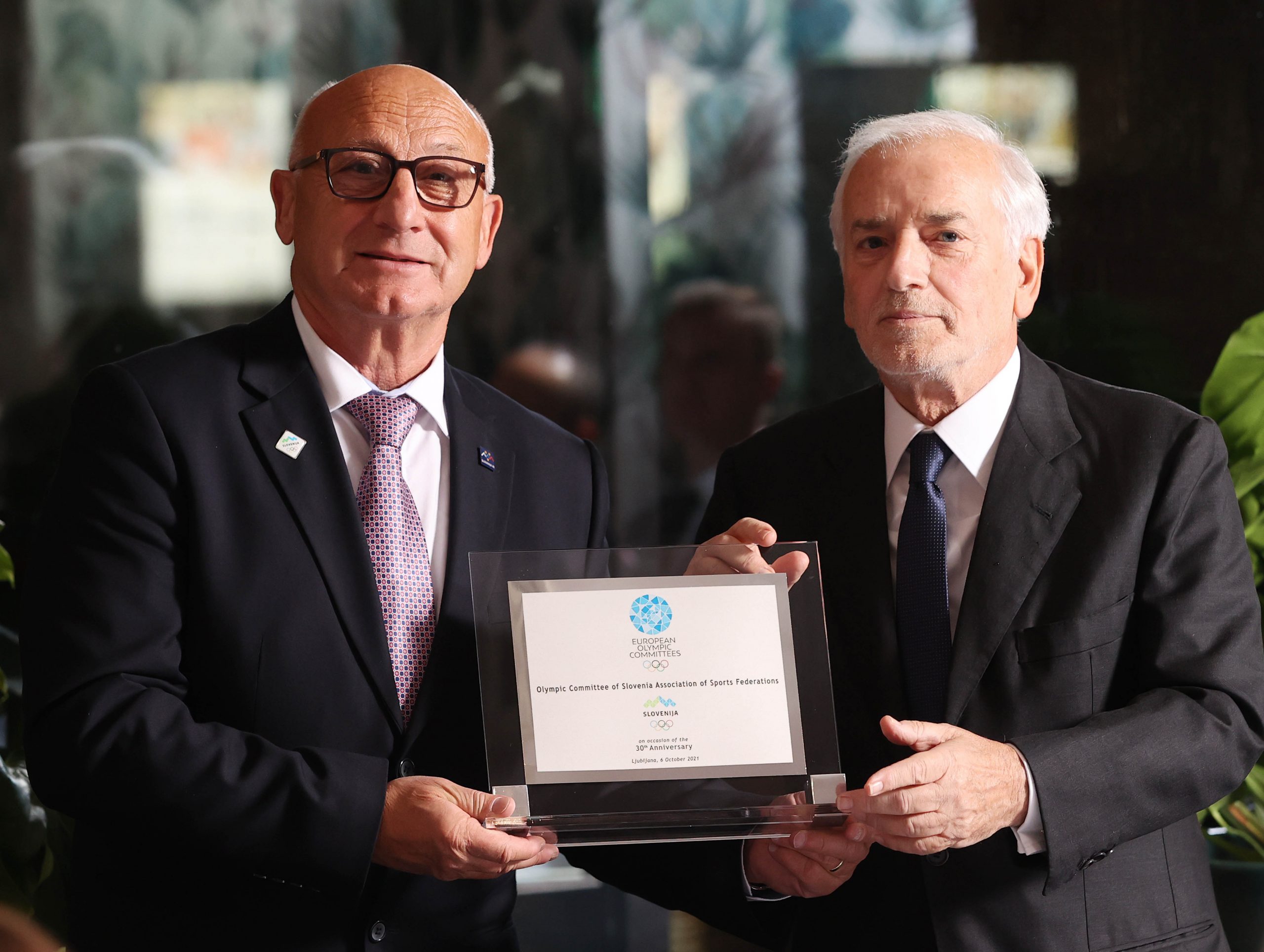 After a Gala Concert of Operettas in the Opera theatre of Ljubljana, the ceremony continued at the Grand Union Hotel, where Pagnozzi delivered a welcome address, congratulating NOC Slovenia on its accomplishments over the last three decades.

“It is a great honour for me to be with you tonight on this very special occasion,” said Pagnozzi.

“Since your first appearance as an independent country at the Olympic Games Barcelona 1992, your Olympians have gone on two win an impressive 45 medals, including three gold medals this summer at Tokyo 2020. I wish you all the best of success for the next 30 years and beyond!”

In his speech, Pagnozzi also praised double Olympic champion in gymnastics Miroslav Cerar, who was one of the founding fathers of the Slovenian Olympic Committee along with Janez Kocijančič, the former NOC and EOC President. 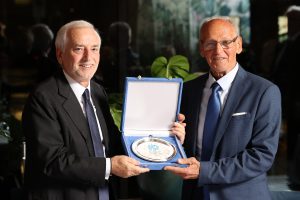 “On the 30th anniversary of our NOC, it is undoubtedly impossible not to look back with pride on all that Slovenian sport has achieved since its independence in 1991,” said Gabrovec during the ceremony. “Sport in Slovenia has always had a unifying role. We, athletes, have never been the ones to exclude other people.

“I promise that we will continue to help shape a better Slovenia through sport and the Olympic movement.”

Slovenia has also a long tradition in hosting sporting events and is strong partner of the EOC. After the successful winter European Youth Olympic Festival (EYOF) in Bled in 2003, the country will again host the youth multisport event in Maribor in 2023, this time the summer edition.

Since July 2021, for the second time in the country’s 17-year history as member of the EU, Slovenia is also leading the EU Council’s presidency, coinciding with the 30th anniversary of independence and, of course, the 30 years of the National Olympic Committee.