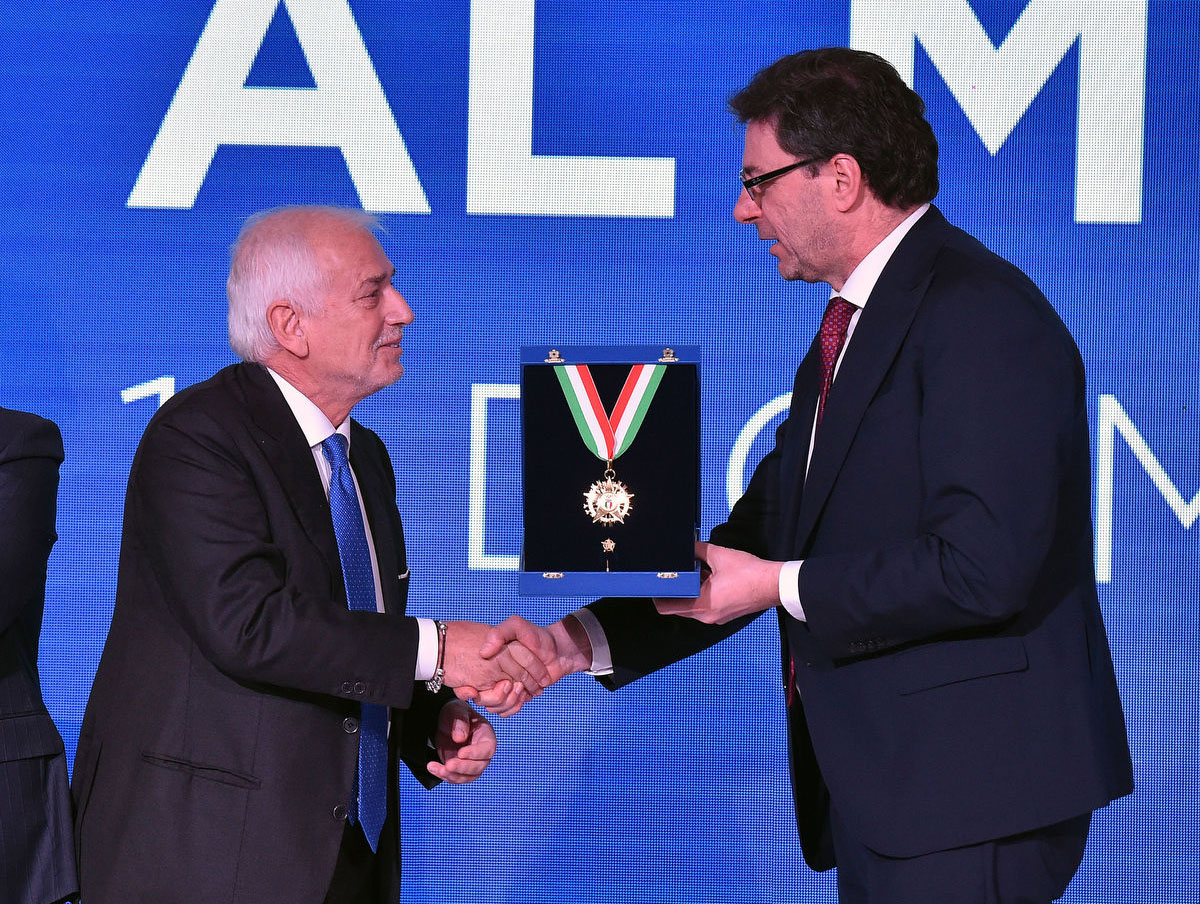 EOC Secretary General Raffaele Pagnozzi has been awarded the highest honour in Italian sport, during the occasion of the 2018 “Collari d’Oro” awards ceremony, which took place at the CONI Sala delle Armi in Rome on 19 December.

Pagnozzi was honoured as one of three 2018 personalities receiving the “Collari D’oro” award for his lifelong service to sport and the Olympic Movement in Italy and across Europe.

“It is a great honour for me to receive the highest award of Italian sport, to which I am greatly attached”, he said. “I have dedicated my entire life to sport, first in my home country, Italy and now pursuing the Olympic mission in Europe. Thank you”

Since 2006, Pagnozzi has held the position of Secretary General of the European Olympic Committees after many years of service with the NOC of Italy, first as CEO from 2003 to 2013, then as Secretary General from 1993 to 2013.

The Italian administrator was also appointed as Chef de Mission of the Italian Team for ten Olympic Games, from Lillehammer 1994 to London 2012.

Besides his administrative experience, he has always been passionate about sport, especially in sailing where he achieved great success when winning silver in the 1999 J-24 World Championships. He also played rugby for many years and continues to be a fan.

The CONI “Collari d’oro” awards ceremony is held annually to recognise the best of Italian sport, Italian Olympic and Paralympic champions, highly distinguished stars, personalities and organisations that have significantly contributed to sport in Italy.

For more information about the awards and details of all the 2018 awardees, please click here.