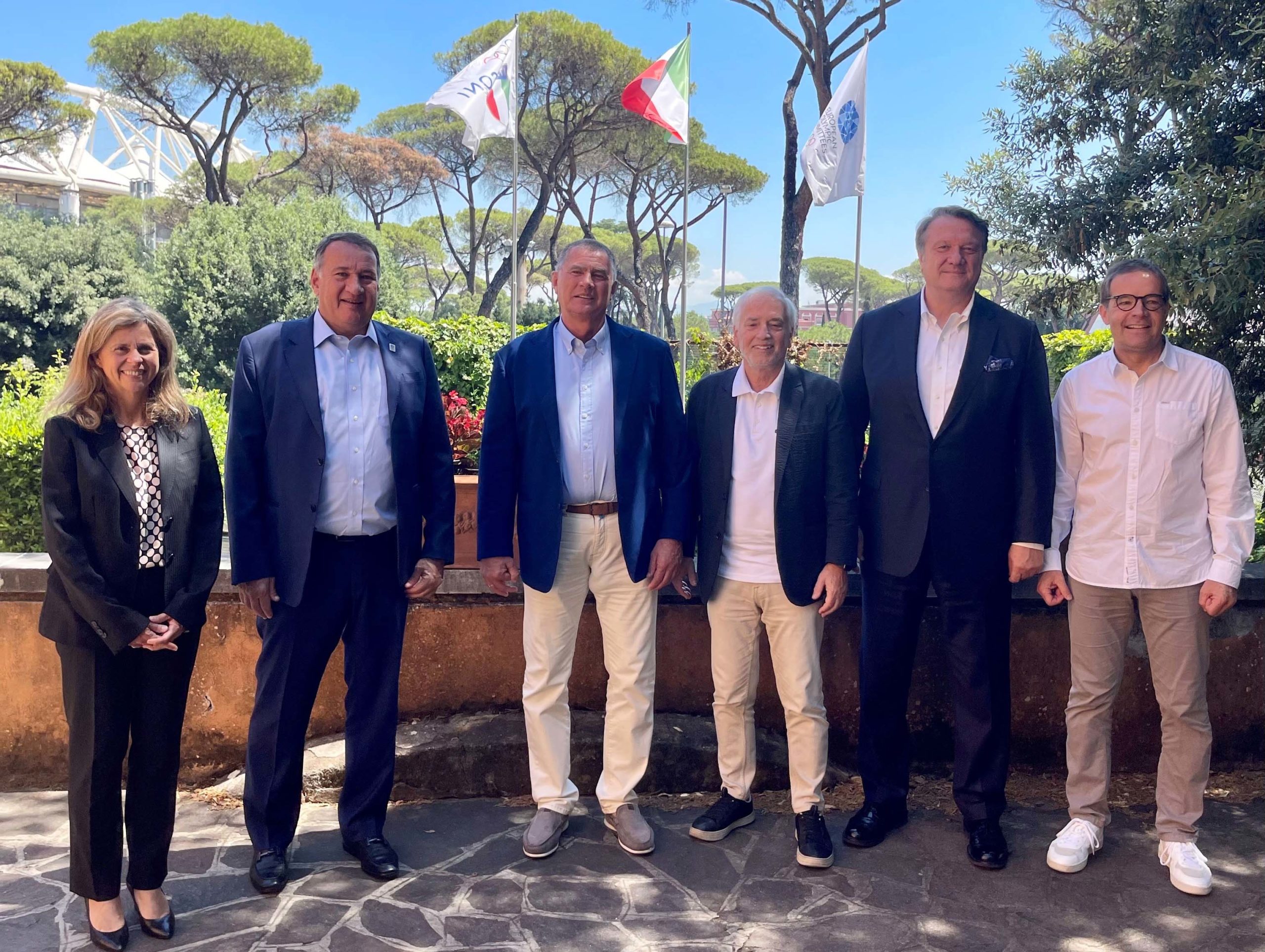 EOC strengthens ties with European Athletics at meeting in Rome

The EOC leadership today met a delegation from European Athletics in Rome to discuss cooperation between the two organisations and in particular the finalisation of details for Athletics at the Krakow-Małopolska 2023 European Games.

“It was great to host our colleagues from European Athletics at the EOC headquarters in Rome today,” said Capralos. “Athletics is one of the core sports of our events and we look forward to strengthening our future collaboration even more.” 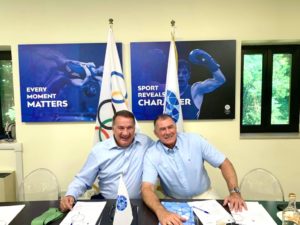 As part of the agreement between the EOC and EA, athletics will feature in the European Games 2023 in the format of “European Athletics Team Championships,” a team-based athletics event that represents all of Europe’s Member Federations with a promotion and relegation principle between the divisions.

Some 2,300 top elite athletes will take part in all divisions of the Team Championships, which will be contested back-to-back at the Slaski Stadium in the Region of Silesia, Poland, thus providing a feast of top-class European team athletics at the Games.

“We had a fruitful and productive meeting with the European Olympic Committee and we are very pleased the European Athletics Team Championships will be part of the European Games programme next year,” said Karamarinov. “Poland has a proud and distinguished record not only on the field of play but also in staging high-class international sporting events. Many of the athletes will have already competed in Silesia at last year’s Europe Team Championships Super League and at other events there and I’m sure athletes across Europe will be looking forward to returning to the same venue in just over a year from now. Following today’s discussions with the EOC we are also looking forward to a bright future together.”

The European Games are set to take place in Kraków and the regions of Małopolska and Śląsk from 21 June to 2 July 2023.

95% of the sports on the programme will serve as qualifiers to the Paris 2024 Olympic Games.

The full sport programme of the Games can be found here.