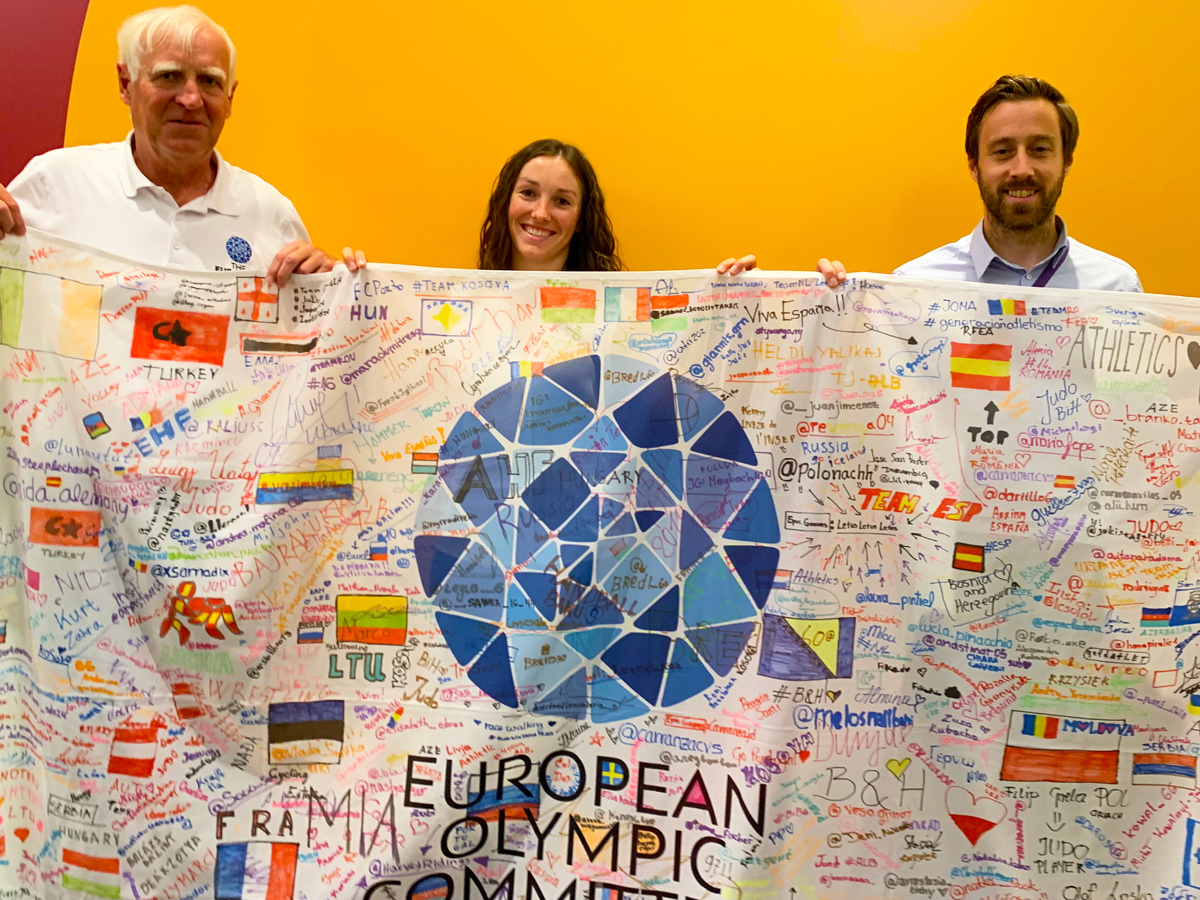 Are anti-doping programmes effective in deterring athletes from using prohibited substances? Do they help them better manage challenging situations throughout their athletic careers?

These are two of the main questions researchers at the last two European Youth Olympic Festivals are looking to find answers to by speaking directly to the athletes themselves.

The project is funded by the International Olympic Committee (IOC) and supported by the European Olympic Committees (EOC) and the Institute of Sports Medicine, Alpine Medicine and Health Tourism (ISAG) at the Health & Life Science University UMIT, Hall in Tirol, Austria.

Research began at the 2018 Youth Olympic Games in Buenos Aires and continued at the Winter EYOF in Sarajevo & East Sarajevo this February and the Summer EYOF in Baku this month. Using iPads and an e-questionnaire, the research team collected data on more than 1,200 athletes (36.3%) aged between 14 and 19 during the two editions of Europe’s leading multi-sport event for elite young athletes.

“We are very pleased about the successful data collection in Baku and Sarajevo & East Sarajevo and the high response rate,” said Principal Investigator Assoc. Prof. Dr. Cornelia Blank, who along with Project Leader Katharina Gatterer added that they are very grateful for the great support from the EOC.

The initial three-year project is primarily focused on the development of a reliable instrument to collect the above-mentioned information and is due to be finalised by the end of 2019.

The results from the project are expected to support the development of future prevention measures.

“In the long run, it will hopefully allow us to identify doping-prevention measures that are effective as well as efficient for specific contexts,” Dr. Blank said.

Athletes who participated in the study during the two editions of the EYOF this year also signed an EOC flag, both of which will be officially presented to the EOC at the EOC Athletes’ Commission Forum in Dublin this December.