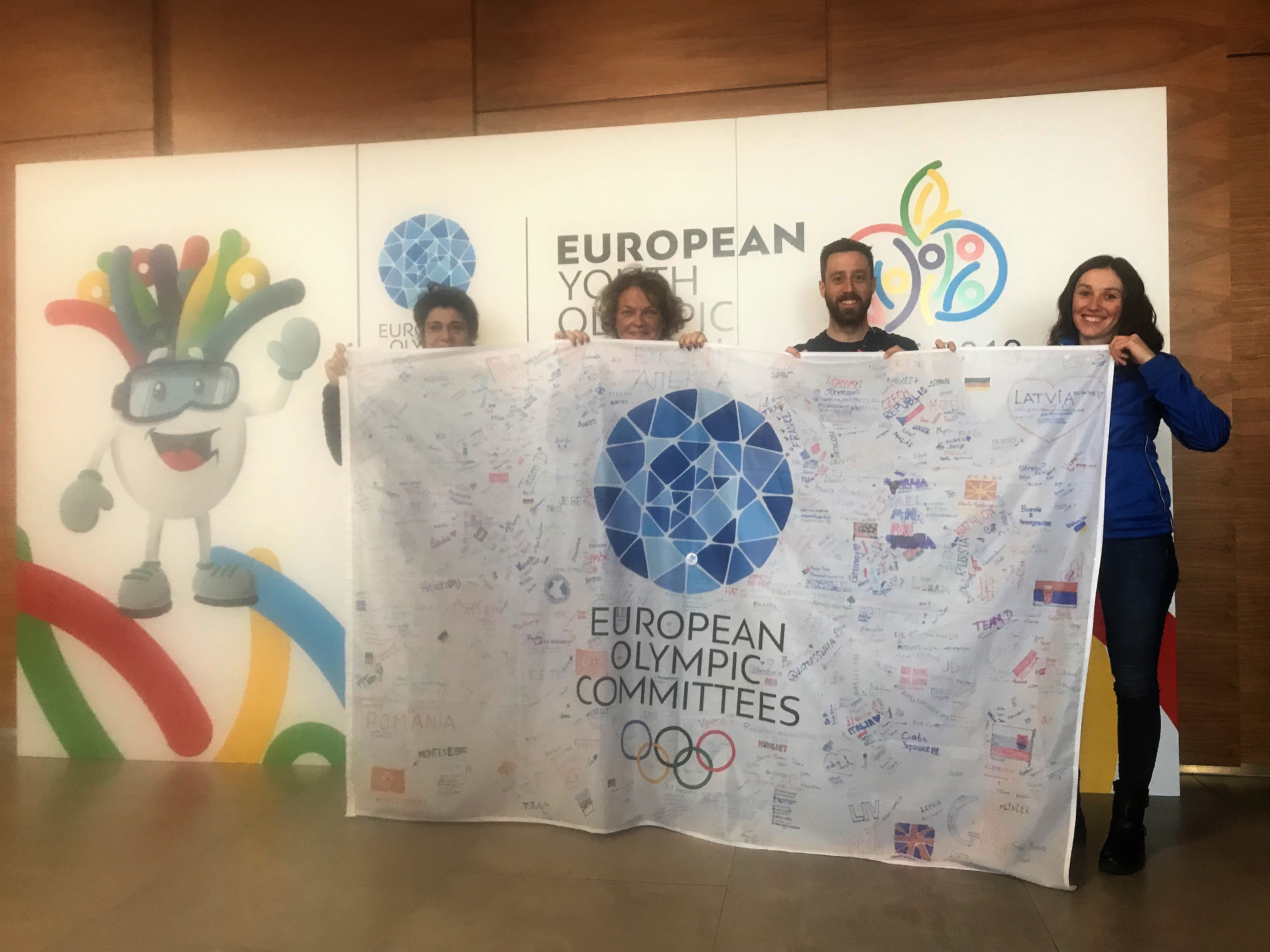 Athletes’ personal development is an important topic for the Olympic family, and in a project funded by the IOC and supported by the EOC, the Institute of Sports Medicine, Alpine Medicine and Health Tourism (ISAG) at the Health & Life Science University UMIT, Hall in Tirol, are carrying out a research project during the EOC events.

The project is focusing on developing an instrument to collect data on doping prevention programs being offered to young athletes and their support personnel (ASP). The aim is to give athletes and their ASP a voice about whether existing programs are fit for purpose in managing challenging situations during their careers, without being tempted to use prohibited substances and/or methods.

The initial three-year project primarily focuses on the development of a reliable instrument to collect the above-mentioned information and is due to be finalised by the end of 2019.

Thanks to the great support of both the IOC and the EOC, more than 1000 young athletes aged between 14 to 19 years were questioned during the Youth Olympic Games 2018 in Buenos Aires last year and recent European Youth Olympic Festival 2019 in Sarajevo and East Sarajevo. Athletes who participated in this study during the EYOF signed an EOC flag that will be officially presented to the EOC at the Athletes Forum in December.

The study will once again be carried out during the Summer European Youth Olympic Festival 2019 in Baku in July, where it is hoped that the number of athletes that have contributed will exceed 1500.

Project Leader Katharina Gatterer is confident that results from the project can support the development of future prevention measures. “In the long-run, it will hopefully allow us to identify doping prevention measures that are effective as well as efficient for specific contexts”, states Assoc. Prof. Dr. Cornelia Blank (Principal Investigator).