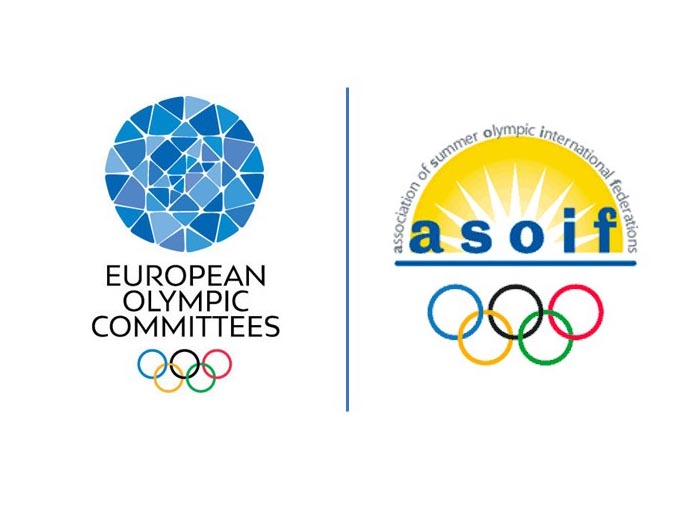 EOC teams up with ASOIF

The European Olympic Committees (EOC) has signed a partnership agreement with the Association of Summer Olympic International Federations (ASOIF).

The deal was inked by EOC President Janez Kocijančič and ASOIF President Francesco Ricci Bitti in Lausanne, Switzerland on 29 January 2020.

Through to its branch office in Brussels, the EOC will help strengthening cooperation between ASOIF and EU institutions, protecting the important role of International Federations (IFs) and fully tapping into the potential of sport.

“We are very happy with this new partnership”, said EOC President Janez Kocijančič. “The Olympic Movement and organised sport must speak with one voice towards the European institutions.  The future cooperation with ASOIF should be regarded as an important step in this direction.  I am sure all partners will benefit from this agreement”

“International Federations play a unique role in the development and organisation of sport not only at global, but also at European level. At the same time, they are directly affected by a wide range of EU legislation, for instance the competition and internal market policies,” said Francesco Ricci Bitti during the meeting.

“With a newly composed European Parliament and European Commission in place, this is an opportune moment for us to further strengthen our dialogue with EU decision-makers and benefit from the unique expertise of the EOC’s team in Brussels,” also added.

ASOIF is a known player to the EU institutions and has already participated in a number of high-level EU meetings. For instance, at last year’s EU Sport Forum,  ASOIF President presented key findings from the Report on the Future of Global Sport. ASOIF’s comprehensive work to promote and ensure a culture of good governance among its member federations has also been widely recognised at European and international level.