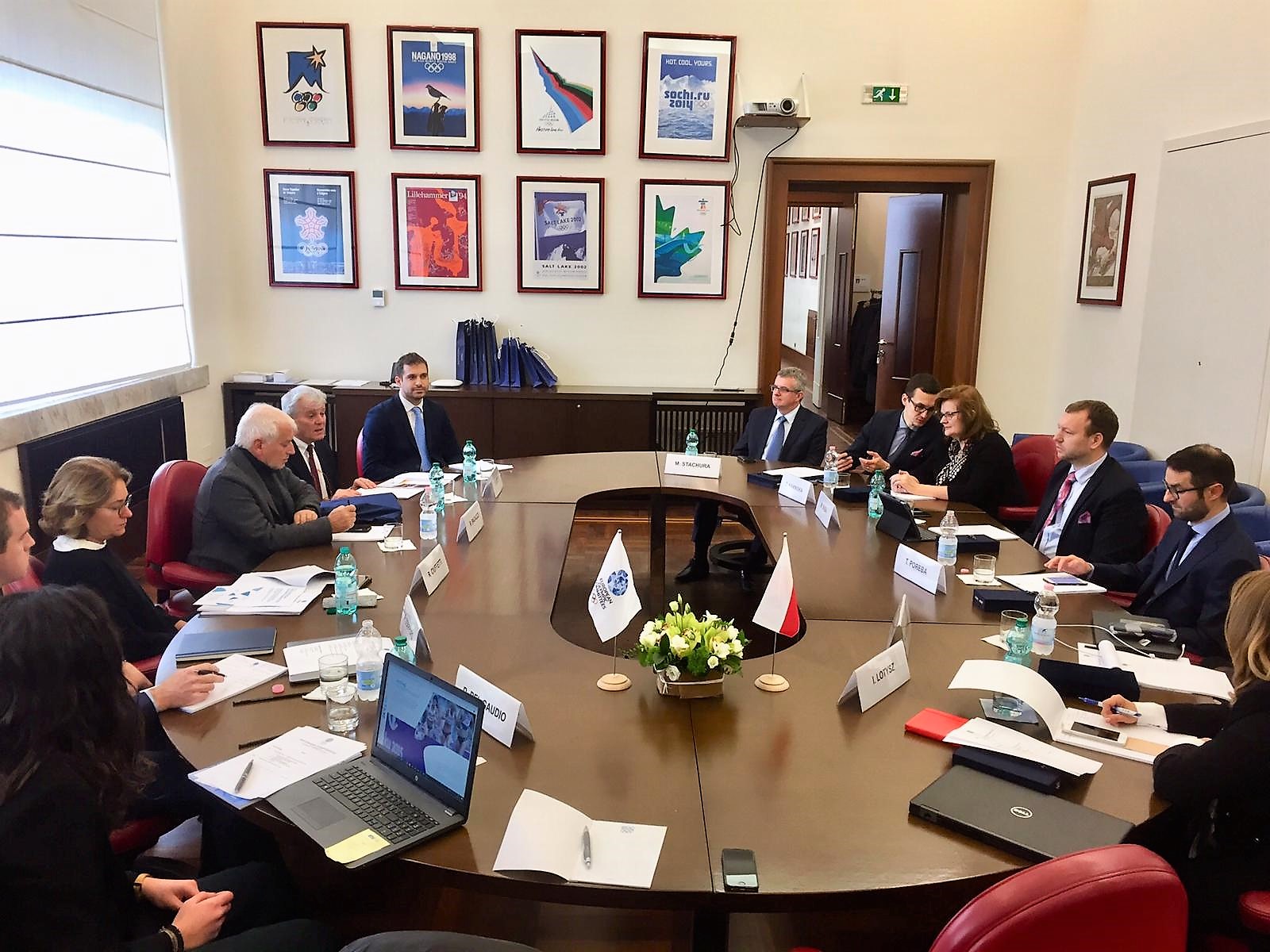 A delegation led by Polish Olympic Committee Vice President Tomasz Poreba and Deputy Mayor of Katowice Mariusz Skiba visited the European Olympic Committees (EOC) in Rome on 18 January to learn more about the requirements and possibilities of hosting the 3rd edition of the European Games in 2023.

The visit comes after the Polish city of Katowice expressed an interest in learning more about Europe’s premier multi-sport event as they continue their feasibility exercise in advance of submitting a bid. The Polish delegation also included Deputy Chair of the Board of ZG Metropolis Mrs Danuta Kaminska, Director General of the Ministry of Science and Higher Education Mrs Anna Budzanowska, Director of Social Communication Unit of Katowice City Hall Mr Maciej Stachura and Polish Olympic Committee Director for International Relations Ms Iwona Lotysz.

The meeting was chaired by EOC Secretary General Raffaele Pagnozzi, who thanked the city of Katowice for engaging in dialogue about the Games. The EOC has received interest from a number of cities across Europe, with whom contacts and talks are taking place at various levels.

Pagnozzi highlighted the importance of the European Games for the continent’s athletes and said the city of Katowice has what it takes to create a sustainable, tailor-made Games that follow the vision that the EOC has for the Games, based on the International Olympic Committee’s reform packages Olympic Agenda 2020 and the New Norm.

Skiba outlined how the Games would fit into the strategy that the city has to engage the public and how they already have a number of facilities that could be used for the event. The city, part of the wider Upper Silesian metropolis, is also exploring the possibility of joining forces with another city to present a bid to the EOC.

“This is the first step in the process and there are a number of questions still to be answered in the coming weeks, but we are grateful for this opportunity to come to Rome and learn more about the European Games and we are very serious to continue with the process,” said Poreba.