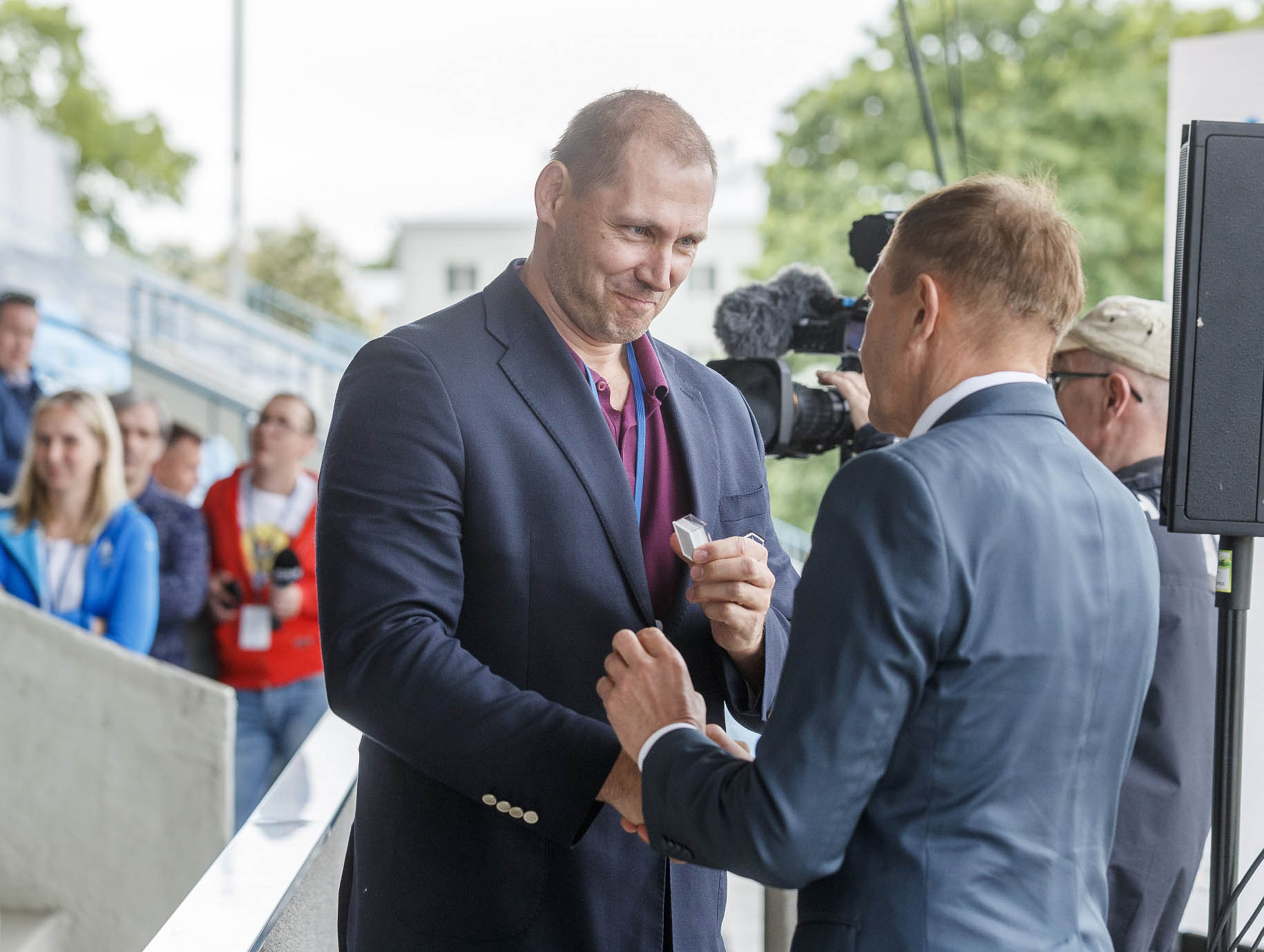 The General Assembly of the Estonian Olympic Committee (EOK) has re-elected Urmas Sõõrumaa as President of the EOK, while the EOK’s Athletes Commission has elected Gerd Kanter as its Chair, both for another term (2020-2024).

The elections took place at the 44th plenary session at the historic Kadriorg Stadium in Tallinn, Estonia on 8 June 2020.

Sõõrumaa, who has served as EOK President since 2016, was elected in the first round, collecting 83 votes. Sõõrumaa’s rival, former Vice President Tõnu Tõniste, received 38 votes.

Kanter, an Olympic discus thrower Champion, is the Chair of the EOC Athletes’ Commission since 2017 and, in this capacity, is also Ex Officio member of the EOK Executive Board. He became passionate about discus throwing at age 17 and has excelled at the sport ever since. His commitment and talent earned him two Olympic medals – gold at Beijing 2008 and bronze at London 2012.