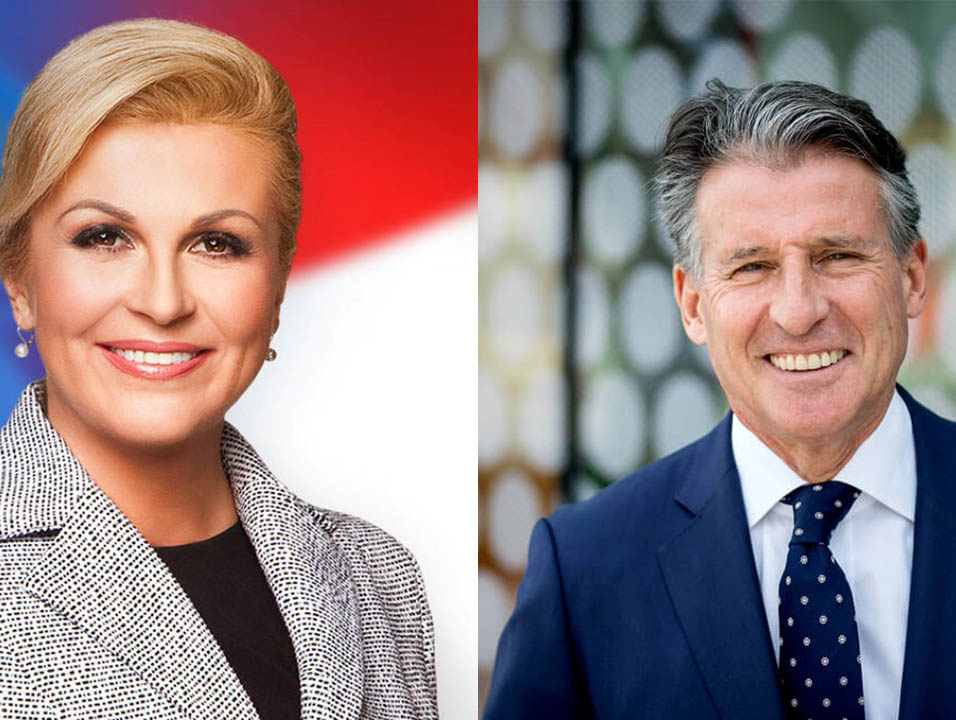 Europe at the IOC 136th Session

They were the two Europeans out of the five new members elected by the Session, the first-ever to be held by videoconference, following the proposal of the Executive Board (EB) on 10 June.

Grabar-Kitarović is a Croatian politician and diplomat who served as President of Croatia from 2015 to February 2020. She was the first woman to be elected to the presidency, becoming the youngest President in the history of Croatia.

Before her election, she held a number of governmental and diplomatic positions. She was minister of European Affairs from 2003 to 2005, the first female minister of Foreign Affairs and European Integration from 2005 to 2008 and assistant Secretary General for public diplomacy at NATO from 2011 to 2014. More information on her career can be found here.

With 39 women on board – representing 37.5 per cent of its membership versus 21.3 per cent in 2013 – the Session has demonstrated the IOC’s commitment to promoting gender equality within its leadership.

Lord Coe, whose election is linked to a function within an International Federation, is the President of the World Athletics since 2015. He is a former track and field athlete and, as a middle-distance runner, won four Olympic medals, including the 1500 metres gold medal at the Olympic Games Moscow 1980 and Los Angeles 1984.

He set nine outdoor and three indoor world records in middle-distance track events. Coe was Chair of the British Olympic Association (2012-2016) as well as Chair of the London 2012 Organising Committee of the Olympic Games and Paralympic Games (2005-2012). He was also a Member of the EOC Executive Board from 2013 to 2017. More information on his career can be found here.

Europe is overall represented at the IOC by 27 countries and 43 Members (10 of them are women).

Read more about the 136th Session on the IOC website.