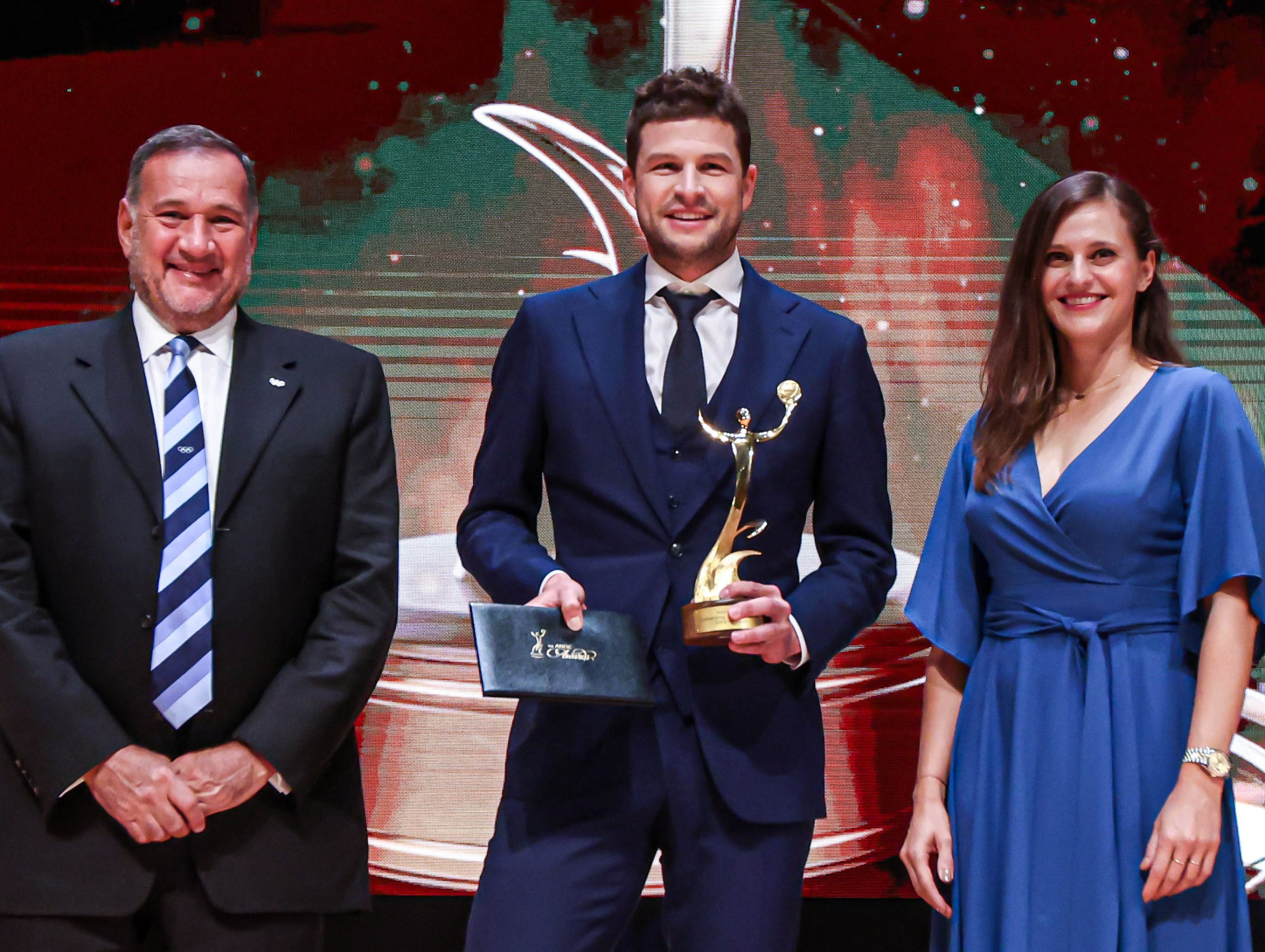 The ANOC Awards were first held in 2014 to recognise and honour the achievements of the world’s National Olympic Committees and their athletes as well as distinguished members of the Olympic family. Held each year, the event is an opportunity for all National Olympic Committees to come together in a relaxed and entertaining environment and enjoy an evening celebrating sport.

The Swedish curling team, which included Niklas Edin, Oskar Eriksson, Daniel Magnusson and Rasmus Wranaa, overcame a talented Great Britain team to claim the gold medal in Beijing. In a tightly contested final, that required an extra end for the first time ever in a men’s Olympic final, Sweden won the match with the final stone to spark scenes of elation. It was an especially emotional day for Edin, who won gold at the fourth attempt after previously picking up bronze and silver medals. Chair of the EOC Athletes’ Commission Gerd Kanter presented the award to Daniel Magnusson who attended the ceremony representing his Team.

President of the European Olympic Committees (EOC) Spyros Capralos said, “It is always a proud moment for the European Olympic family to see the success of our athletes gain recognition by the wider Olympic Movement. The Swedish curling team showed tremendous desire, composure and skill to win the gold medal in Beijing and richly deserve their award. I am sure that their heroics have inspired many young athletes to participate in the sport and follow in their footsteps.”

President Capralos and IOC Member Danka Bartekova presented the “Outstanding Performer” award to Kramer to honour his distinguished career that came to an end in Beijing. He retires as the most decorated speed skater in the history of the Olympic Winter Games and is the only man to win three consecutive gold medals in a speed skating event.

“Sven Kramer has had a remarkable career, he dominated speed skating for serval years and broke countless records during his time on the ice. His hard work, dedication and passion for the sport brought him nine Winter Olympic medals, include four gold medals, across five Games. He established a reputation as one of his country’s top sportsmen and has made his friends, family and continent very proud,” added President Capralos.

The awards presented each year vary depending on the sporting events that have taken place that year and are decided by the ANOC jury. Traditionally, on even years, the ANOC Awards recognise achievements from the previous Olympic Games, while on the odd years the ceremony is dedicated to achievements from recent Continental Games or International Federation World Championships.

You can learn more about the success of European athletes from previous ANOC Awards here.